President Trump: ‘Obama did nothing to stop Russia’ after Putin meddled in the Presidential election

With his administration coming under a slew of scrutiny regarding the alleged Russian hacking of the 2016 Presidential election, President Donald Trump took to Twitter on Monday to ask why any of this didn’t come to light under former President Barack Obama – and why Obama did “nothing” about it, pointing a finger at politics as the reason behind the secrecy.

“The reason that President Obama did NOTHING about Russia after being notified by the CIA of meddling is that he expected Clinton would win, […] and did not want to ‘rock the boat,’ ” Trump tweeted Monday morning. 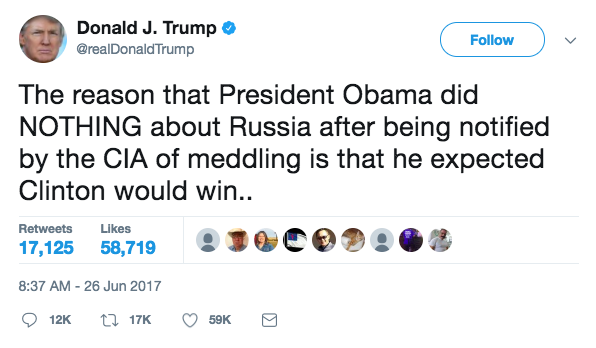 “He didn’t ‘choke,’ ” Trump pointed out, referring to how Obama and his administration handled the situation. “[He] colluded or obstructed, and it did the Dems and Crooked Hillary no good.” 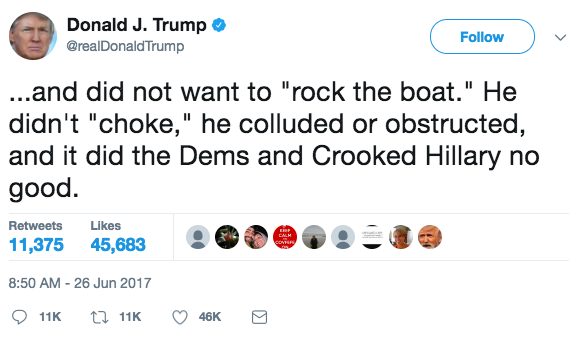 “In 2016, the Russian government, at the direction of Vladimir Putin himself, orchestrated cyberattacks on our Nation for the purpose of influencing our election – plain and simple,” Johnson said in his prepared statement prior to appearing before the Committee under oath.

Homeland Security officials on Wednesday testified before the committee that Russia targeted U.S. elections systems in 21 states prior to the 2016 Presidential election.

Officials pointed out that no votes were altered.

The Department of Homeland Security (DHS) knew about the cyber attacks in August 2016.

Trump tweeted earlier this month that he was now being investigated for Russian collusion, and that the investigation is turning into a “witch hunt” with “zero proof.”

“The real story is that President Obama did NOTHING after being informed in August about Russian meddling,” Trump tweeted. 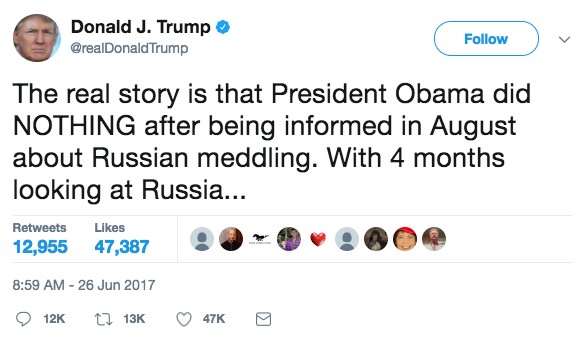 “With 4 months looking at Russia […] under a magnifying glass, they have zero ‘tapes’ of T [Trump] people colluding,” he added. “There is no collusion & no obstruction [on behalf of the Trump Administration]. I should be given apology!” 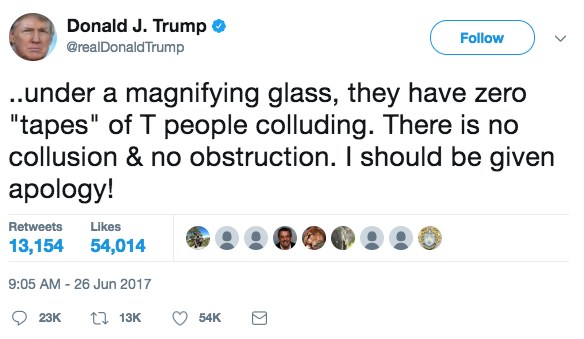 Earlier this month, former FBI Director James Comey testified under oath before the Senate Intelligence Committee that Russia “no doubt” intervened in the 2016 Presidential election, and that President Trump did not obstruct the investigation or ask that it be stopped.