Former head of US Homeland Security said Russia hacked the US, but it did not change Presidential election votes

Russia hacked the United States in order influence the Presidential election, former Homeland Security Secretary Jeh Johnson testified before the Senate Intelligence Committee on Wednesday – but it did not alter the votes in any way. 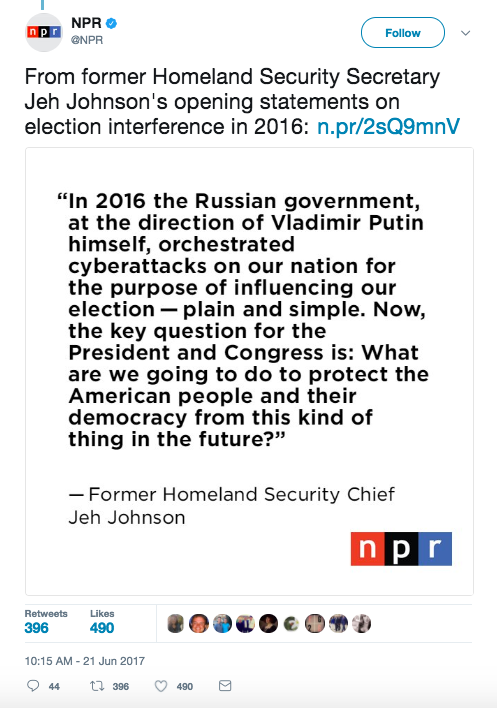 “In 2016, the Russian government, at the direction of Vladimir Putin himself, orchestrated cyberattacks on our Nation for the purpose of influencing our election – plain and simple,” Johnson said in his prepared statement on Tuesday, prior to appearing before the Committee under oath. 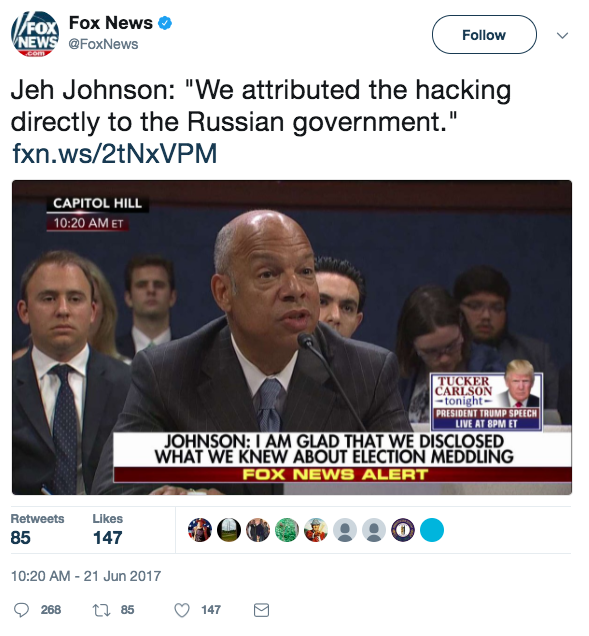 However, no votes were altered, he said.

Homeland Security officials on Wednesday testified before the Senate Intelligence Committee that Russia targeted U.S. elections systems in 21 states prior to the 2016 Presidential election.

“I know of no evidence that through cyber intrusion, votes were altered or suppressed in some way,” Johnson said during the hearing Wednesday. 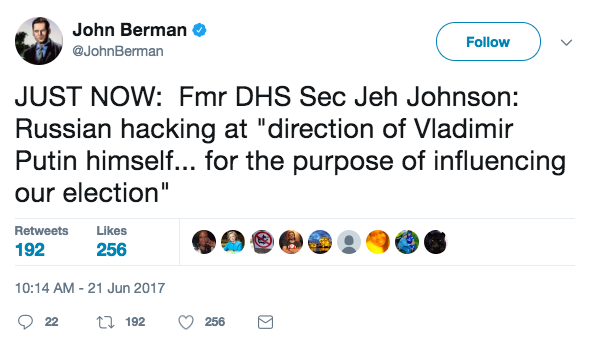 “To my current knowledge, the Russian government did not through any cyber intrusion alter ballots, ballot counts or reporting of election results,” Johnson wrote in his prepared statement ahead of the hearing. “I am not in a position to know whether the successful Russian government-directed hacks of the DNC [Democratic National Committee] and elsewhere did in fact alter public opinion and thereby alter the outcome of the presidential election.”

The Department of Homeland Security (DHS) knew about the cyber attacks in August 2016, Johnson said.

“At around the same time we were engaging state election officials, my staff and I began to see and hear very troubling reports of scanning and probing activities around various state voter registration databases,” Johnson explained in his statement. “This was obviously a matter of great concern.” 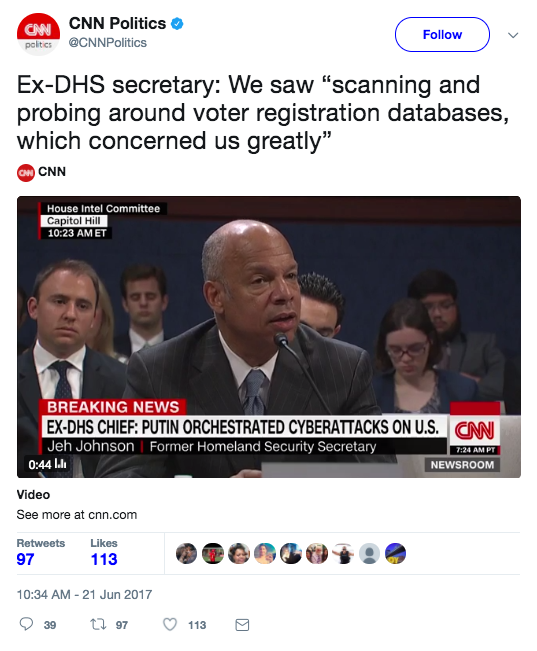 “In the latter half of August, the FBI issued an alert to the states about these activities, which included the IP addresses of those associated with the attempted hacks,” he explained. “Both publicly and privately, my staff and I repeatedly encouraged state and local election officials to seek our cybersecurity assistance.”

Earlier this month, former FBI Director James Comey testified under oath before the Senate Intelligence Committee that Russia “no doubt” intervened in the 2016 Presidential elections.