Kim Jong Un taunts US: There are more ‘gifts’ for the ‘American bastards’ after launching an ICBM

In a report from the KCNA news agency, North Korea’s state-run news network, leader Kim Jong Un has reportedly said there are more “gifts” for the “American bastards,” following his country’s successful test launch of an intercontinental ballistic missile (ICBM) earlier this week.

The North Korean leader said the ICBM was a “package of gifts” for the “American bastards, as the U.S. celebrated Independence Day on July 4, according to a report in The Guardian. 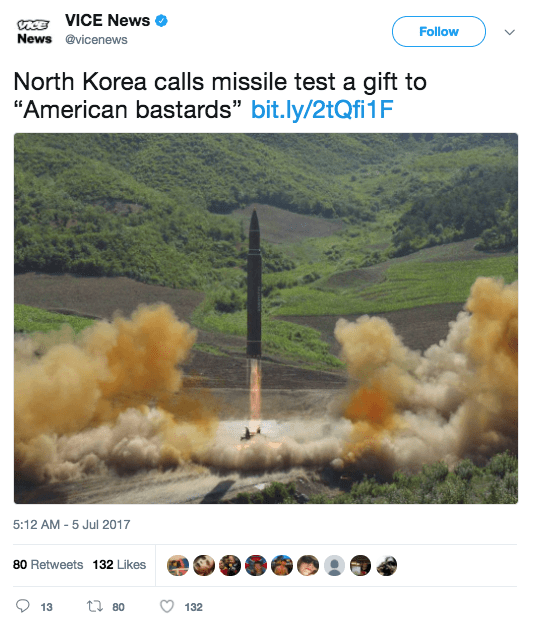 The KCNA reported that Kim “expressed satisfaction [of the Hwasong-14 missile], saying it looked as handsome as a good-looking boy and was well-made.”

North Korea this week tested its first intercontinental ballistic missile (ICBM) that could potentially travel as far as Alaska. The Pentagon confirmed this week that North Korea fired an ICBM.

Kim was reportedly gleeful about the successful ICBM test, and said Wednesday he would send more “gift packages” to the U.S., according to the Associated Press.

The ICBM test comes during a time when tensions are running high in the U.S. regarding the threat of North Korea’s missile program that is allegedly gearing up to attack the U.S.