BREAKING: North Korea claims to have fired its first intercontinental ballistic missile (ICBM) off the coast of Korean Peninsula

North Korea on Tuesday claimed to have fired its first intercontinental ballistic missile (ICBM), according to reports.

In a video, North Korea’s Academy of Defense joyfully announced it had “successfully” test-fired the Hwasgon-14 ICBM. Reports like this are not verified, and it is difficult to verify them. North Korea often employs such dramatized rhetoric.

However, if it is true that North Korea test-fired an ICBM, this could put the world – and the United States – on notice to address a missile test President Donald Trump has said “won’t happen.” 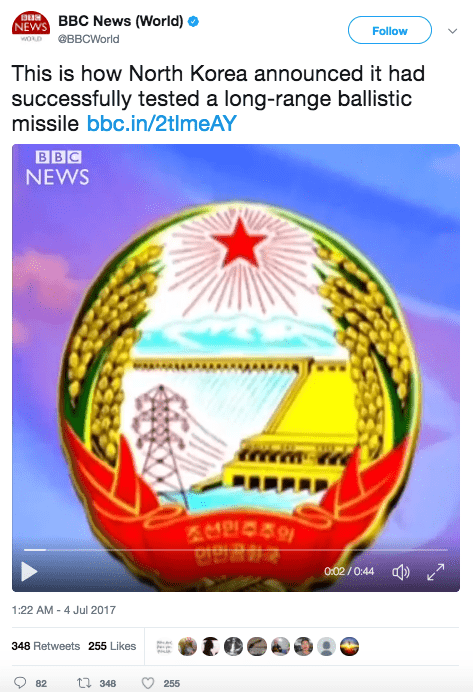 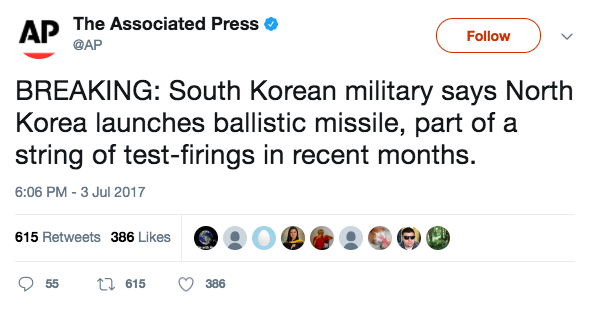 The Yonhap News Agency reported that the missile launched near the border North Korea shares with China, Fox reported.

“North Korea fired an unidentified ballistic missile into the East Sea from the vicinity of Banghyon, North Pyongan Province, at around 9:40 a.m. [local time],” the South Korean Joint Chiefs of Staff said in a statement, Fox reported.

The missile might have landed in Japan’s Exclusive Economic Zone, about 200 nautical miles from its coast, according to Takahiro Hirano, Public Affairs Officer from Japan’s Ministry of Defense, who spoke to CNN. 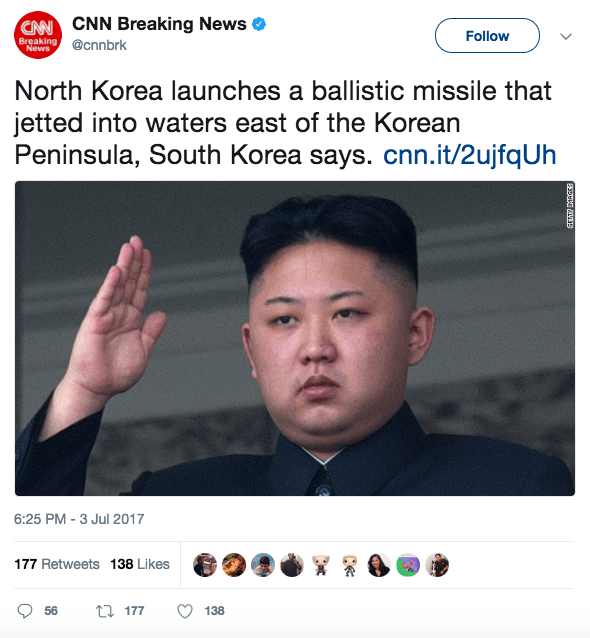 The most recent reported test on Monday night comes during a time when tensions are running high in the United States regarding what to do about the threat of North Korea’s missile program that is allegedly gearing up to attack the U.S.

President Donald Trump recently spoke to leaders of both Japan and China, respectively. Both countries would play roles in reigning in Pyongyang’s nuclear and missile program. 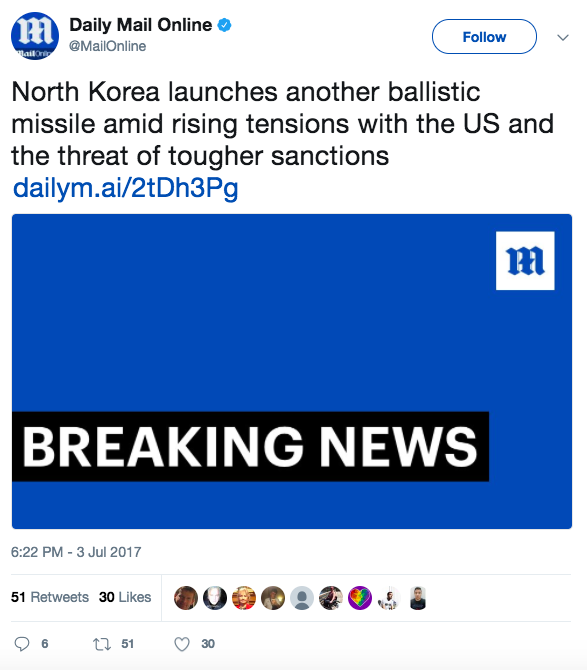