The U.S. Navy recently honored the seven sailors who died during the USS Fitzgerald collision with a Philippine cargo ship off the coast of Japan earlier this month.

The private memorial ceremony was held in Yokosuka, Japan, on June 27.

“More than 2,000 members of the Yokosuka community lined the streets waving flags and rendering salutes for the crew and their family members as they traveled the one-mile route in a ‘Line of Honor’ between FLEACT Yokosuka’s Chapel of Hope and the Fleet Theater where the private memorial service was held,” according to a U.S. Navy press release, and the 650-seat theater was at capacity for the memorial ceremony.

The ACX Crystal, a large Philippine-flagged merchant ship, ran into the USS Fitzgerald off the coast of Japan earlier this month, and seven sailors died.

“It’s stunning, absolutely stunning, while we mourn the loss of the seven Sailors, that more were not lost and it was the heroism of the entire crew that ensured that was the case,” said Admiral Scott Swift, commander U.S. Pacific Fleet. “There was no understanding of what had happened at the moment of impact. But there was complete understanding of what needed to be done. We fight the ship to save ourselves. Every time we go to sea, the ship is our sanctuary and all Sailors have to come together as a crew and fight their ship, and that is exactly what Fitzgerald did.” 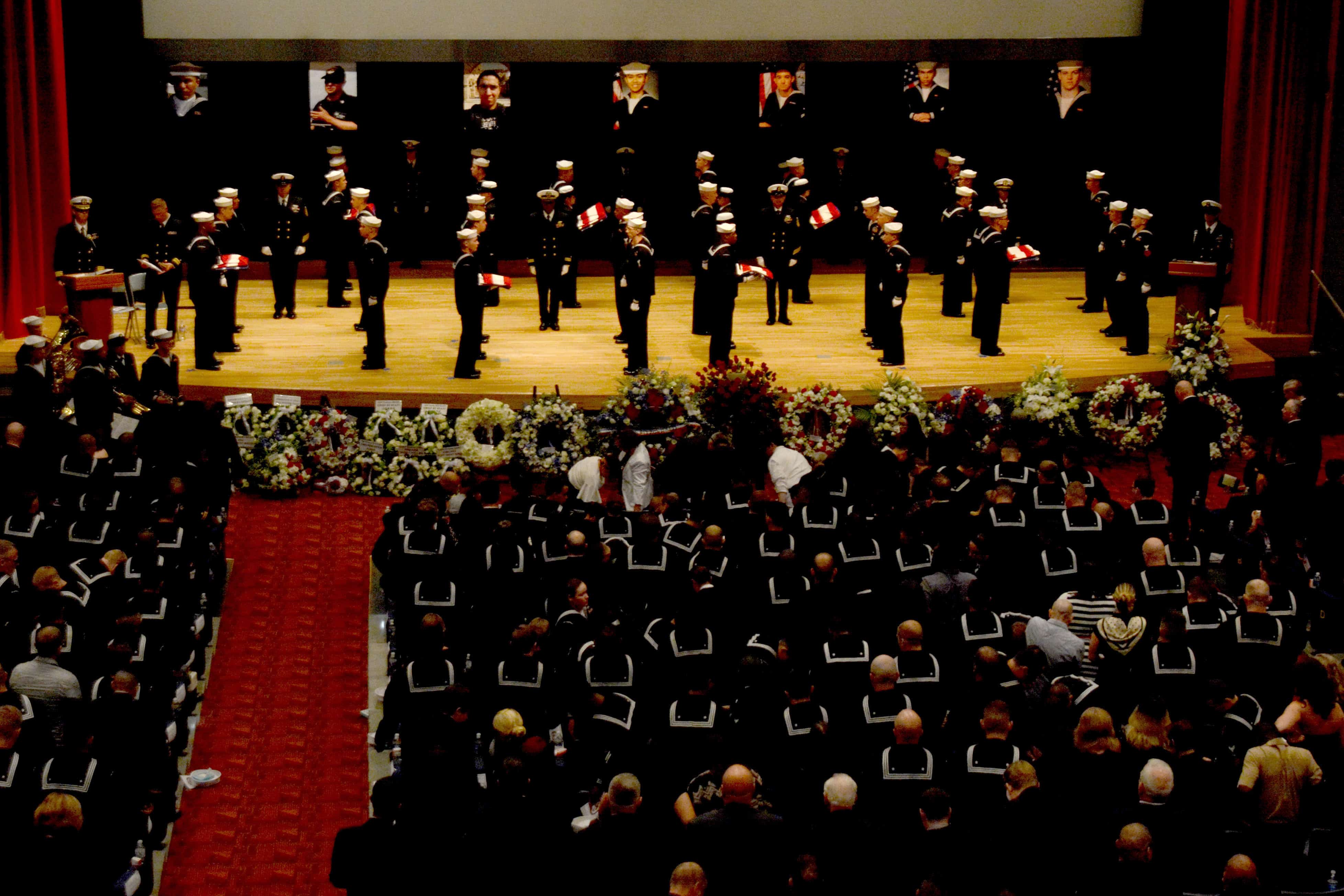 There are ongoing investigations into the deadly incident.

Several news agencies recently pushed out reports that the USS Fitzgerald might be to blame for the deadly collision earlier this month, but they all referenced one unverified account that was initially reported by Reuters.

It was also recently reported that the Philippine-flagged freighter that hit the U.S. Navy destroyer was on autopilot at the time of the collision, according to officials who are familiar with the result of a preliminary investigation into the incident, according to a report.

ISIS fighters returning to Europe complain about getting job rejections