Update: The seven missing sailors have been found dead inside the flooded compartments of the ship, and have since been identified. Read more here.

The USS Fitzgerald, a US Navy destroyer collided with a large Philippine flagged merchant ship, the ACX Crystal, off the coast of Japan around 2:30 a.m. local time Saturday. The destroyer, as seen from videos and photos, was heavily damaged on the starboard side and was taking on water. The Fitzgerald limped back to Yokosuka Naval Base and arrived at the base 16 hours later.

Three Navy sailors were injured and medically evacuated from the ship and seven other sailors are still currently missing. We will provide updates if any news about the seven soldiers becomes available.

One of the injured sailors was the commanding officer, Cmdr. Bryce Benson.

A retired Navy Captain who wished to remain unnamed told American Military News that “In the middle of the night large cargo ships can look like land on the horizon. Most likely someone on watch screwed up and someone will be relieved of duty.”

Vice Adm. Joseph P. Aucoin, Commander, U.S. 7th Fleet said “This has been a difficult day…I am humbled by the bravery and tenacity of the Fitzgerald crew. Now that the ship is in Yokosuka, I ask that you help the families by maintaining their privacy as we continue the search for our shipmates.”

Here is a video statement by Adm. Aucoin:

The US Navy provided this update:

Search and rescue efforts continue by U.S. and Japanese aircraft and surface vessels in the hopes of recovering the seven USS Fitzgerald (DDG 62) Sailors still unaccounted for after the ship was involved in a collision with the Philippine-flagged merchant vessel ACX Crystal at approximately 2:30 a.m. local time, June 17, while operating about 56 nautical miles southwest of Yokosuka, Japan. 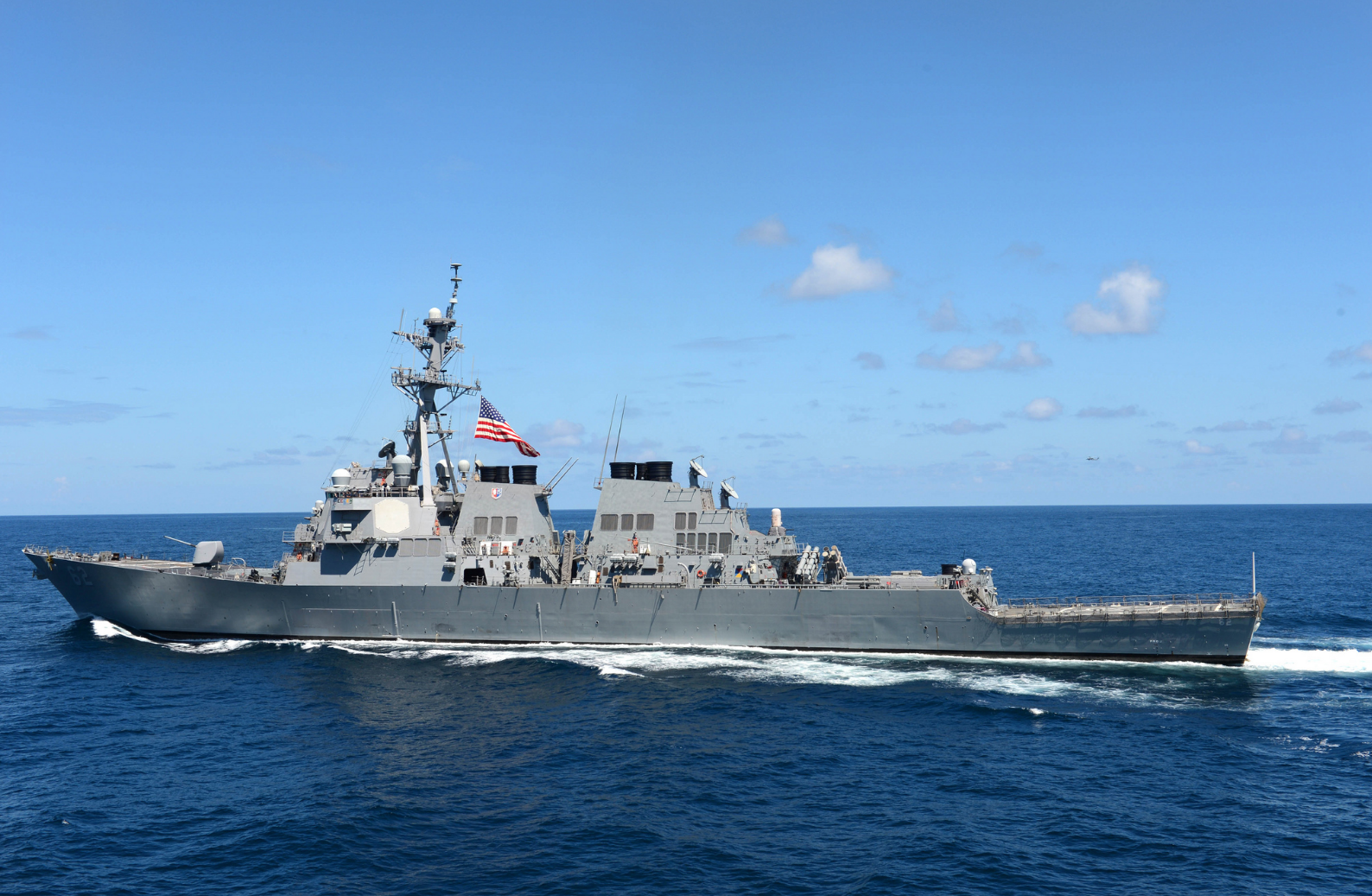 The US Navy statement also added:

“The collision effected Fitzgerald’s forward starboard side above and below the water line, causing significant damage and associated flooding to two berthing spaces, a machinery space, and the radio room, which damage control teams quickly began dewatering. While those efforts helped stabilize the flooding, it remains uncertain how long it will take to gain access to the spaces once the ship is pier side in Yokosuka in order to methodically continue the search for the missing.” 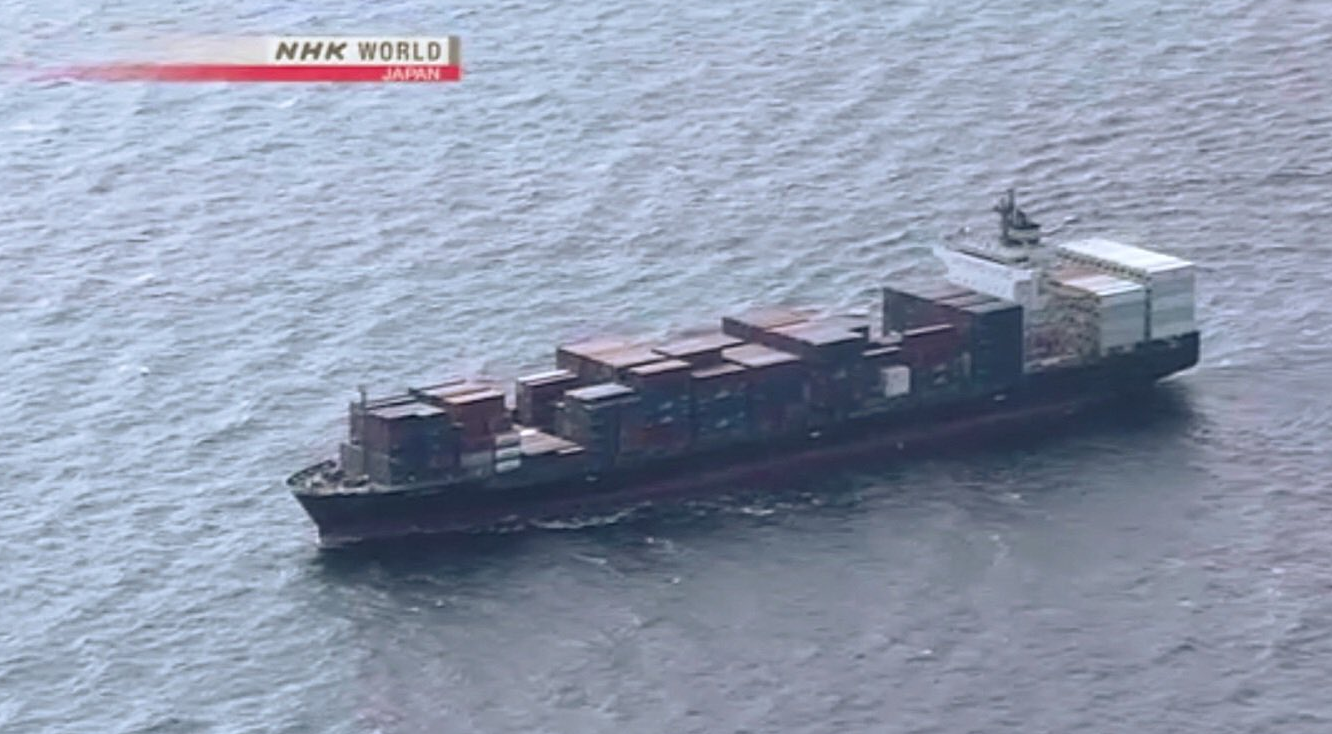 “Shortly after the collision the U.S. made a request for support from the Japanese Coast Guard, which first arrived on scene and continues to be lead for finding the seven missing Sailors. The Japan Maritime Self Defense Force ships JS Ohnami, JS Hamagiri, and JS Enshu have joined the JCG ships Izanami and Kano and USS Dewey (DDG 105). A U.S. P-8 Poseidon aircraft is working in concert with two JMSDF Helicopters and a JMSDF P-3 Orion aircraft to search the area. Names of the missing Sailors are being withheld until the families have been notified.“

The Fitzgerald is currently part of the USS Ronald Reagan Strike Group that recently took part in training close to the Korean Peninsula. The training involved the USS Carl Vinson strike group, among others which has been seen as an American response to more aggressive North Korean provocation lately.

Here is a video of the damage: 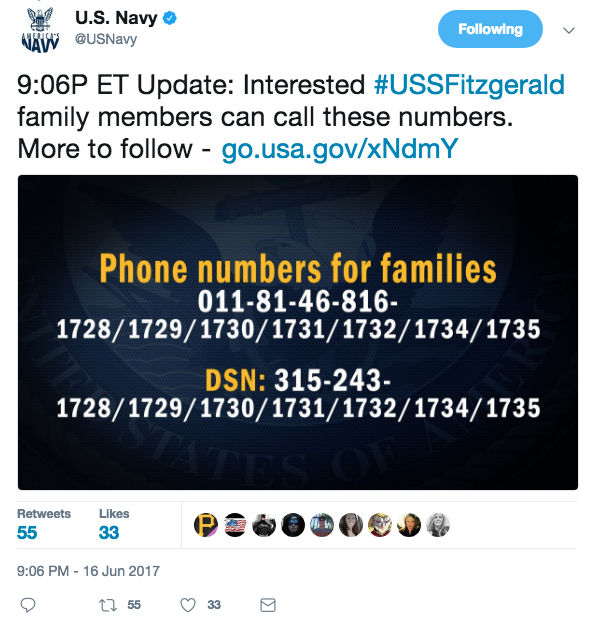