This is a breaking news story and we will update the story as new information becomes available.

[UPDATE: 12:05pm Sunday EST] – The bombs in New Jersey were not the same kind that were in NYC.

[UPDATE: 12:26am EST] – Two IEDs were found in NYC. One exploded and the second was found before it exploded and the situation is developing. And a stabbing attack occurred Saturday night at a mall in Minnesota.

[UPDATE: 7:40pm EST] –  The FBI Joint Terrorism Task Force is now leading the investigation. It is an active investigation and the FBI is answering no questions are at the press conference. We’ve added the video of the press conference by the FBI which does not release any new information about the bomb, cause or motive. However, as of 6pm EST all Seaside, NJ residents will be allowed home. Residents who live within a four block radius of the explosion will have to produce ID.

One IED pipe bomb exploded along a charity run route in New Jersey Saturday morning. ATF and FBI are on scene in Seaside Park, New Jersey which was on lockdown after the explosion. The device exploded at 9:35am, right after the race was expected to start which would have seen hundreds of people running right past the IED.

The race, the third annual Marine Semper 5k race that benefits the MARSOC Foundation was supposed to start at 9:00am.

There were multiple other devices that were wired to the one that exploded but the other devices did not explode due to an apparent malfunction. The device that exploded was inside a garbage can but no one was injured because the race start time was delayed due to late arrivals and sign-ins. No reports on where the other IEDs were located along the route yet.

No one has been injured and the race was cancelled and the area cleared.

Ocean County, NJ Prosecutor’s Office spokesman Al Della Fave told News 12 New Jersey “multiple additional devices” were wired to the pipe bomb that was detonated, but the others did not go off. 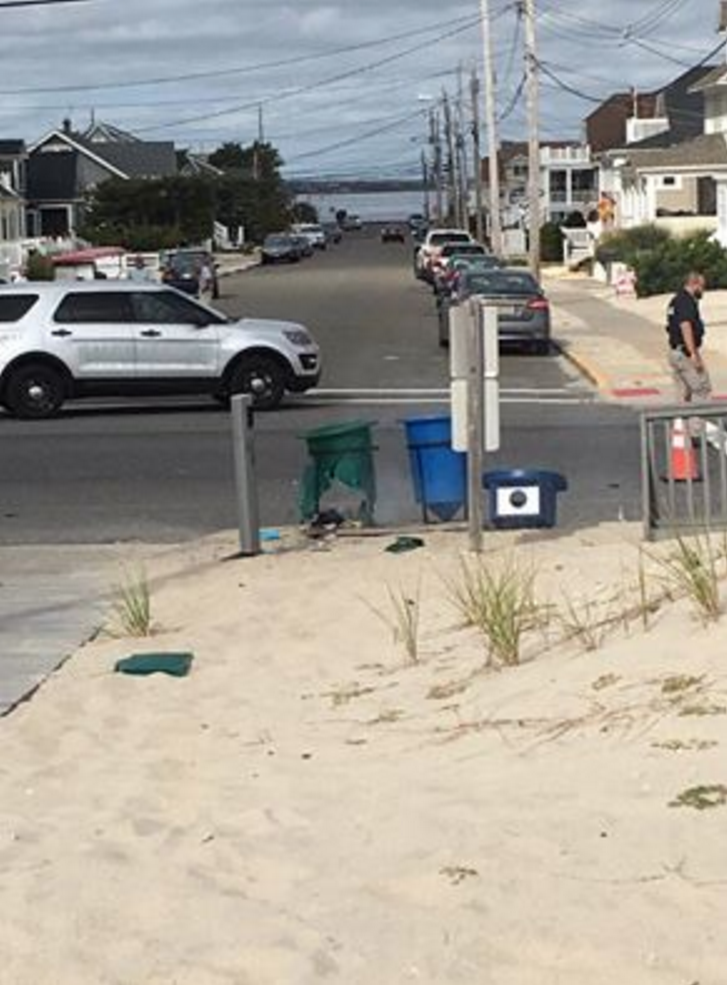 3,000 people were registered to race. This was going to be another Boston Bombing. 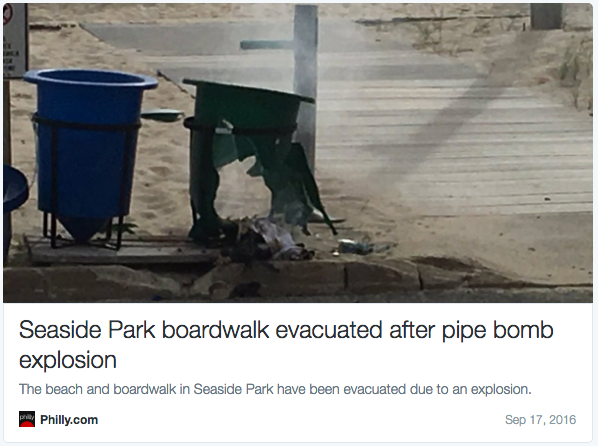 No cause of motive or responsible party have been identified yet. However, clearly the motive was to kill Americans – exactly why is not yet known.

Since the horrific events of 9/11, the demands on Special Operations Forces and their families have been unprecedented in our Nation’s history.

Today, MARSOC is deployed in over 40 countries around the world. The average MARSOC Critical Skills Operator is away from home and family more than 50% of the time, either on deployment or out-of-area training. During their service to our country, they are often exposed to combat and other hazardous activities that can have immediate and lasting impacts. As demand grows for the unique services of MARSOC, so too does the need for benevolent support.
The MARSOC Foundation was established to provide benevolent support to active duty and medically retired MARSOC personnel and their families as well as to the families of Marines and Sailors who have lost their lives in service to our Nation.

The Foundation aims to meet needs unmet by the government with an emphasis on building personal and family resiliency and supporting the full reintegration of MARSOC Marines and Sailors following wounds, injuries and extended deployments.

We will keep you updated.