The NFL brought its 100th season to a close Sunday night with Super Bowl LIV, and to help celebrate, these four 100-year-old military veterans presided over the pregame coin toss.

NFL Commissioner Roger Goodell announced the participation of the four veterans in a league statement on Saturday.

“As we culminate the NFL’s 100th season, we’re extremely proud to honor four World War II veterans celebrating 100 years of life,” Goodell said. “These four men deserve our gratitude for their tremendous contributions to the United States of America and we’re thrilled to recognize their service on the country’s largest stage.”

McGee, one of the remaining pilots of the historic Tuskegee Airmen unit, turned 100 in December. McGee flew combat missions throughout World War II with the 332nd Fighter Group, otherwise known as the Tuskegee Airmen or Red Tails. He flew in aircraft including in the Bell P-39Q Airacobra, Republic P-47D Thunderbolt and North American P-51 Mustang. McGee went on to serve in the Korean War and Vietnam. 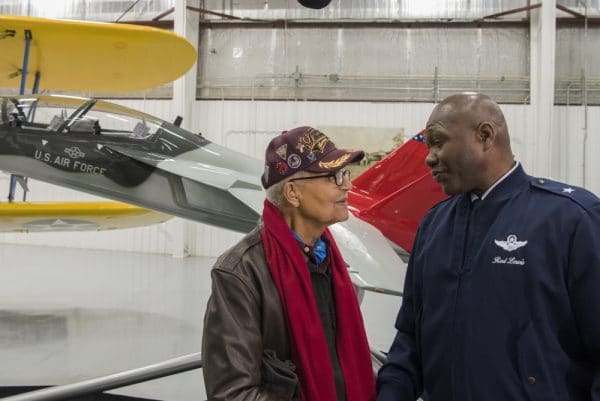 Cardenas enlisted in the Army in March of 1941 and deployed to the European theater by 1944. He landed in France, and fought through Belgium and Germany, participating in combat in the Ardennes, Rhineland and Central Europe under the command of Gen. George S. Patton’s 3rd Army. While fighting in Germany Cardenas and his unit were ambushed and several of his squad members were killed.

Cardenas and the remaining squad members attempted to return back to friendly lines through heavy winter conditions. He and the others were eventually captured and held in a German POW camp for about two weeks before he and the other prisoners were liberated by U.S. forces and the war came to an end.

Walton served as an Army infantryman in the Pacific theater of World War II. Last year he began a mission to finish seeing all 50 states in the U.S. At the time, Walton said part of his motivation for visiting all 50 states is that he had the chance to meet a Civil War veteran when he was younger and he passed up the opportunity. He said he regretted missing that opportunity ever since. 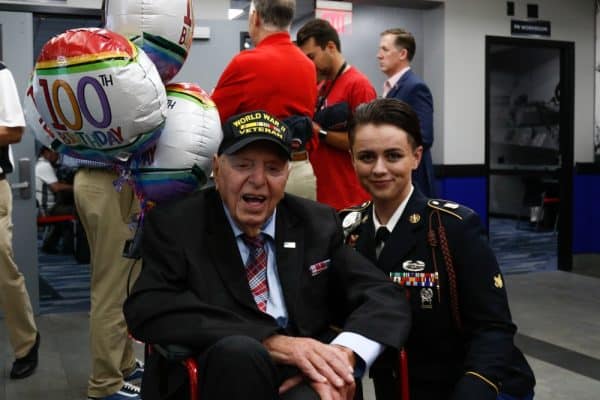 Lombardo fought in World War II and participated in fighting in the Battle of the Bulge, the Remagen Bridgehead, Ruhr Pocket, and Central European Campaigns. Over the course of a two-and-a-half-month period, he and the men in his unit stitched together a U.S. flag from pillowcases, curtains, and a German surrender flag. That pieced together flag was the first U.S. flag to fly over the German side of the Remagen bridge during the war. It is now on display at the National Infantry Museum at Fort Benning. Lombardo was awarded a Silver Star and Bronze Star with valor during the war and also went on to fight in Korea and Vietnam.

The NFL thanked the military for 42 years of shared partnership, which has seen game time military flyovers and displays, including flight demonstrations during the Sunday game by the U.S. Navy and Marine Corps.

“The four veterans are members of the ‘Greatest Generation’ and were among the 16 million Americans whose sacrifice, valor, dedication and determination preserved our freedom and saved our nation and the world,” the NFL statement read.