On Jan. 17, 1998, The Drudge Report posted an article online that many first scoffed at – it took some media outlets three days to report on the explosive news. But the story would later be the talking point of a scandal that rocked Bill Clinton’s presidency. 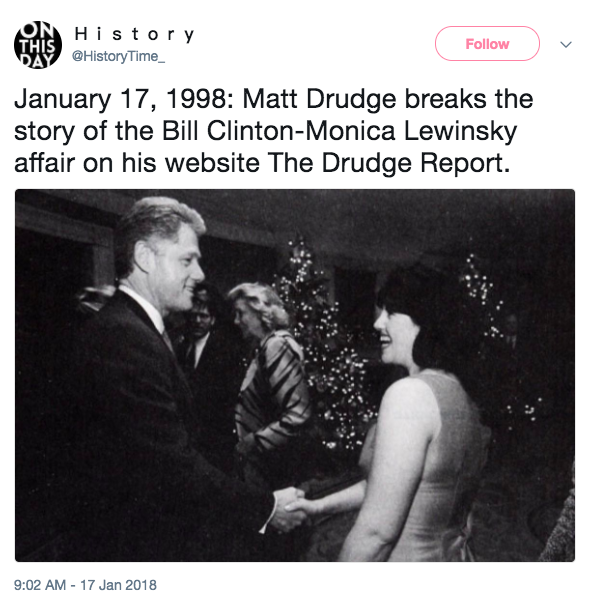 Drudge broke the news that then-President Bill Clinton had had an affair with a 21-year-old White House intern. They also pointed out that Newsweek had killed the story that one of its reporters had worked to develop, and that other news outlets had passed on it, too. 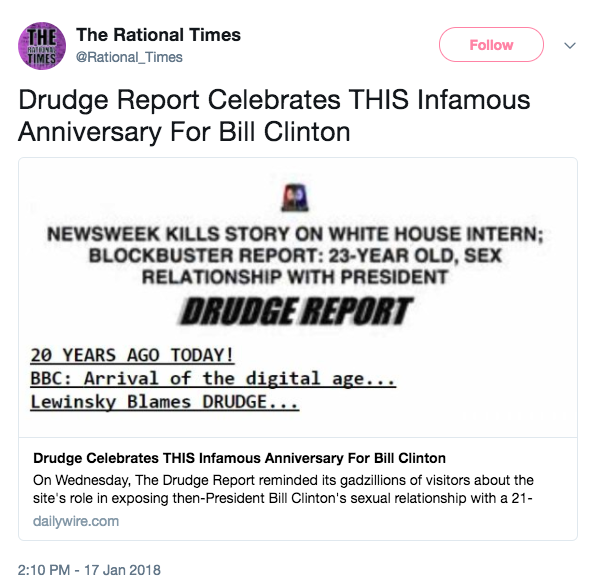 In its “blockbuster” 1998 report, The Drudge Report pointed out that tapes of Clinton’s intimate phone conversations with the intern existed.

But, “The relationship between the President and the young woman become strained when the president believed that the young woman was bragging about the affair to others,” Drudge had reported 20 years ago. 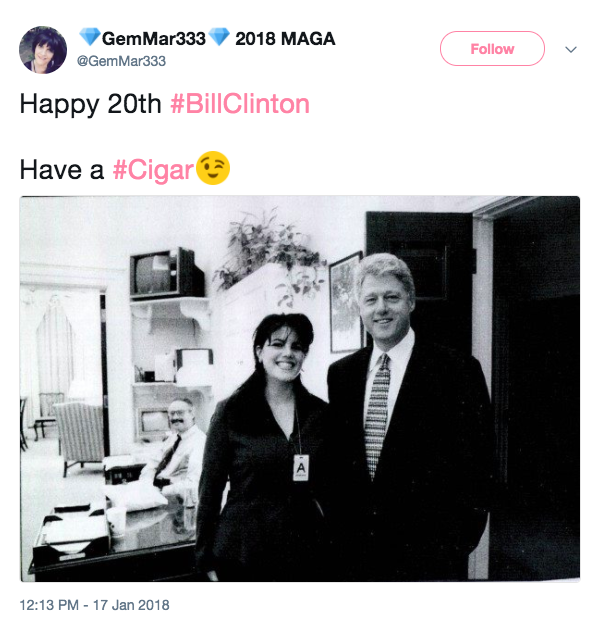 The big Newsweek scoop was supposed to come out right before Clinton appeared to testify in the Paula Jones case.

Former Arkansas state employee Paula Jones was paid out $850,000 to settle her sexual harassment lawsuit against Clinton in the late 1990s – her case ultimately led to Clinton being impeached in the U.S. House of Representatives, although Clinton was acquitted by the Senate in 1999.

And, it was brought to light during the Jones trial in 1998 case that Clinton committed perjury and lied under oath about his affair with Monica Lewinsky in the early 1990s, as evidence of their sexual relationship surfaced during that time – after Clinton had denied having a sexual relationship with the White House intern.

Jones’ lawsuit was dismissed for lacking legal merit, before Clinton’s impeachment and the Lewinsky affair were brought to light. 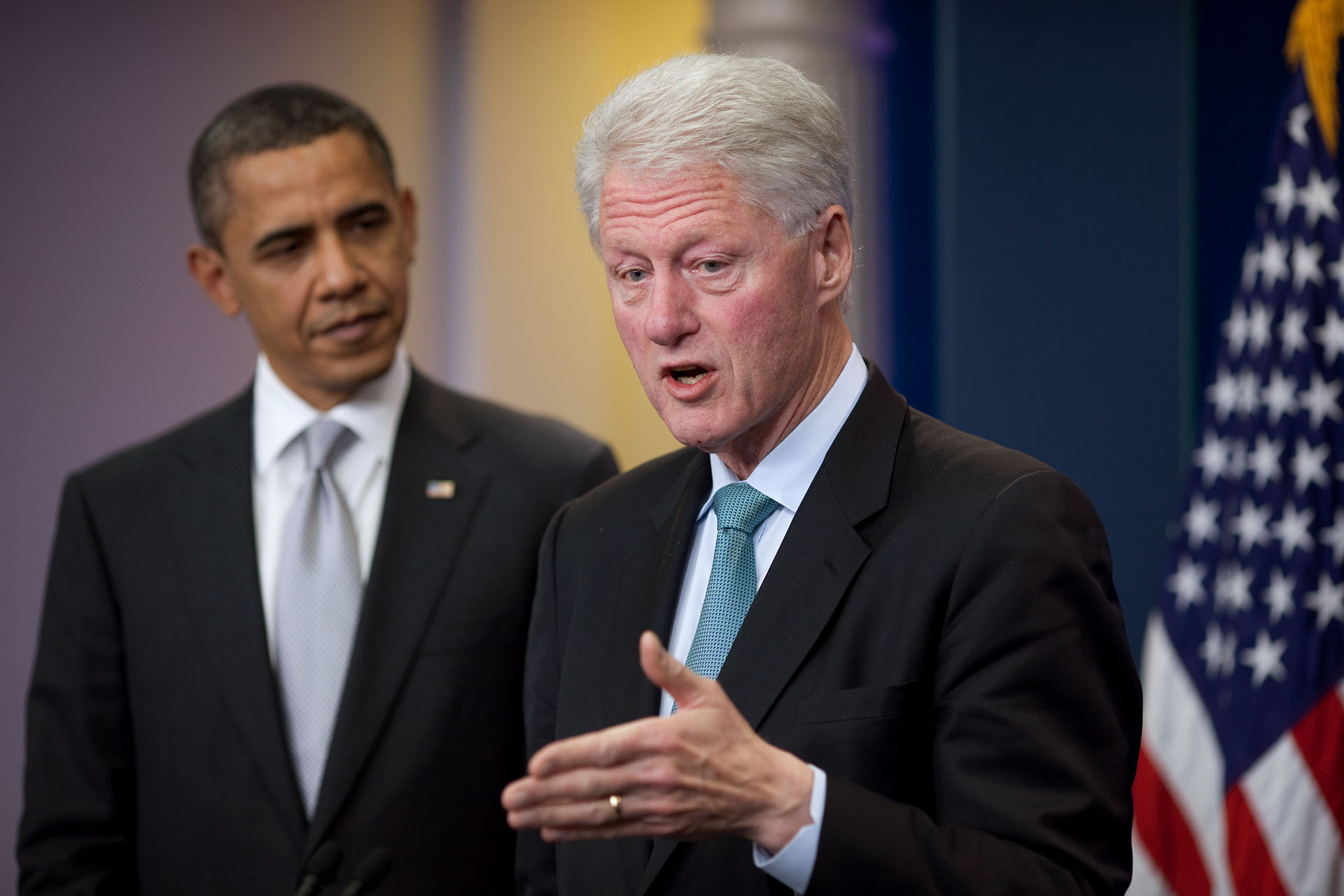 Bill Clinton is no stranger to sexual assault allegations.

Clinton has been accused of rape by Juanita Broaddrick in 1978, groping without consent by Kathleen Willey in 1993, and exposing himself and sexual harassment by Jones in 1991. These allegations generally surfaced between 1998 and 1999.

Most recently, in November 2017, he faced four new sexual assault allegations, this at a time when other prominent figures and people in positions of power are being exposed, as well.

Democratic Party sources and an official who served the Clinton and Barack Obama administrations have come forward and told author Ed Klein about the allegations, and that the attorneys who represent the four women have notified Clinton that they are preparing four separate lawsuits.

The women, who have not been identified, are asking for payouts in order to keep quiet.

The alleged sexual assault incidents took place after Clinton was President, after 2001 in the early 2000s, and during the time Clinton was hired by billionaire investor Ron Burkle.

Clinton reportedly helped Burkle with his business and flew around the world on “Air F**k One,” Berkle’s private jet, the Daily Mail said. The four women accusing Clinton of sexual assault worked low-level positions for Burkle, and that they were in their “late teens” at the time of the alleged assaults.