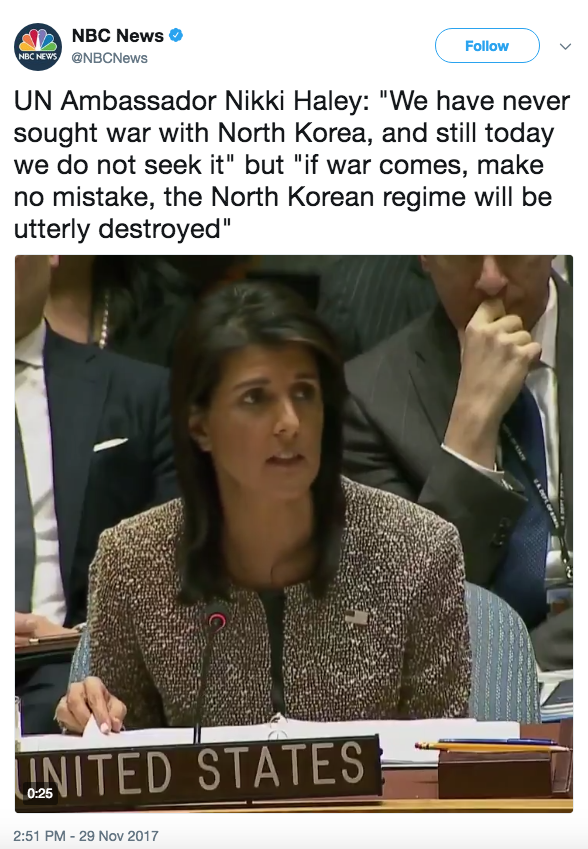 Haley said the missile launch brings the United States “closer” to a war it doesn’t want, The Associated Press reported. 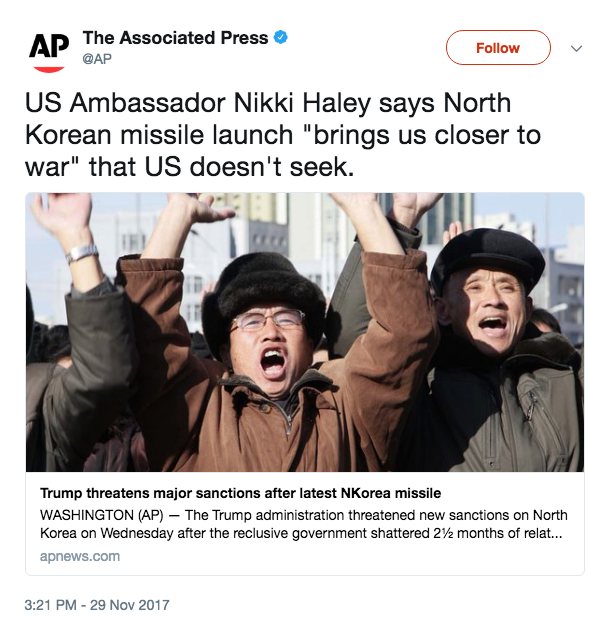 Haley also called on China to cut off trade with North Korea, disrupting its shipments of crude oil to the country.