North Korea fired an intercontinental ballistic missile (ICBM) on Tuesday, its first missile launch since the United States declared the country a state sponsor of terror earlier this month.

Pentagon Spokesman Col. Robert Manning said the missile was launched from Sain Ni and traveled more than 600 miles before entering the Sea of Japan, within Japan’s Exclusive Economic Zone (EEZ). The ICBM was reportedly in flight for about 50 minutes.

“The North American Aerospace Defense Command (NORAD) determined the missile launch from North Korea did not pose a threat to North America, our territories or our allies,” Manning said in a Pentagon statement. “Our commitment to the defense of our allies, including the Republic of Korea and Japan, in the face of these threats, remains ironclad. We remain prepared to defend ourselves and our allies from any attack or provocation.”

South Korean Yonhap News Agency was one of the first to report on the launch, and cited South Korea’s Joint Chiefs of Staff as its source. 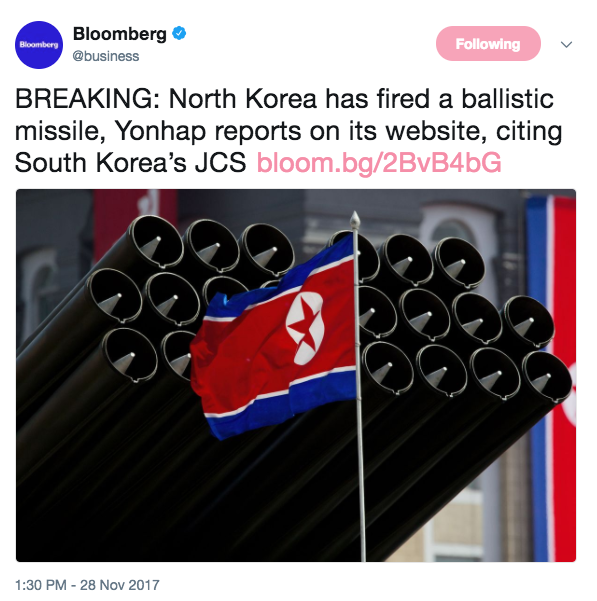 North Korea had not tested a missile in more than two months – odd, considering the regime led by dictator Kim Jong Un has conducted 15 missile tests this year alone, and also launched a nuclear bomb.