US promises to ‘utterly destroy’ North Korea if there is war

The United Nations Security Council met this week, and U.N. Ambassador Nikki Haley had some choice words for the North Korean regime.

Haley said the missile launch brings the United States “closer” to a war it doesn’t want. 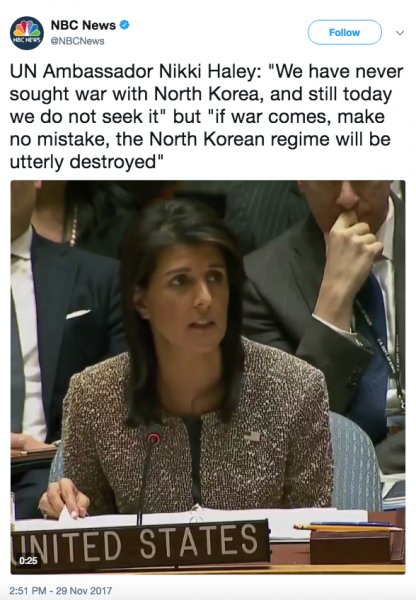 She also called on China to cut off trade with North Korea, disrupting its shipments of crude oil to the country.