North Korea has threatened the U.S. with a nuclear strike for speaking about its “supreme” leader Kim Jong Un, according to the Korean Central News Agency (KCNA), Pyongyang’s state-run media outlet.

This was in response to CIA Director Mike Pompeo’s recent comments that the U.S. should find a way to separate North Korea’s leader from his growing collection of missiles and nuclear weapons. 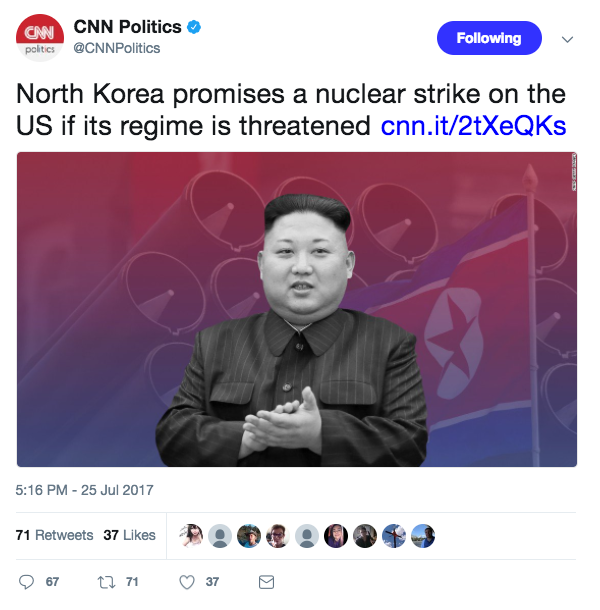 “As for the regime, I am hopeful we will find a way to separate that regime from this system,” Pompeo recently said. “The North Korean people I’m sure are lovely people and would love to see him go.”

According to the KCNA, a North Korean Foreign Ministry Spokesman said: “The DPRK legally stipulates that if the supreme dignity of the DPRK is threatened, it must preemptively annihilate those countries and entities that are directly or indirectly involved in it, by mobilizing all kinds of strike means including the nuclear ones,” CNN reported.

“Should the US dare to show even the slightest sign of attempt to remove our supreme leadership, we will strike a merciless blow at the heart of the U.S. with our powerful nuclear hammer, honed and hardened over time,” the foreign ministry spokesman said, CNN reported.

This type of dramatic, exaggerated rhetoric is typical of Pyongyang.