In the wake of two terrorist attacks in just two weeks in the United Kingdom – including one that killed six people on Saturday – Prime Minister Theresa May said this weekend that the country needs to step up and regulate the internet, and what might breed there, much more closely.

“We cannot allow this ideology the safe space it needs to breed,” May said in a statement posted to her Facebook page, referring to terrorism. “Yet that is precisely what the internet and the big companies that provide internet-based services provide.”

“We need to work with allied democratic governments to reach international agreements that regulate cyberspace to prevent the spread of extremist and terrorism planning,” May said. “We need to do everything we can at home to reduce the risks of extremism online.”

May tweeted on June 4 that “[w]e cannot and must not pretend that things can continue as they are. Things need to change […]” 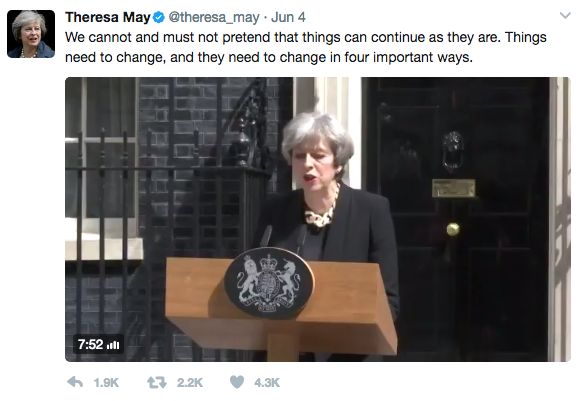 On Saturday, six people were killed in a multi-stage terror attack that began with people being mowed down by a van on the London Bridge; more than 30 others were injured.

And on May 22, only two weeks prior, a suicide bomber inside the Manchester Arena killed 22 adults and children, and injured dozens more, following an Ariana Grande concert. This was the deadliest bombing in Great Britain in more than a decade.

Both attacks were claimed by the Islamic State, commonly known as ISIS. 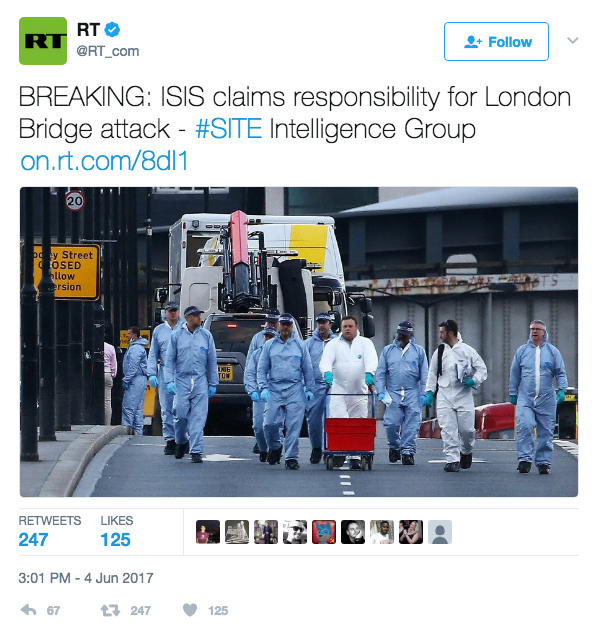 May’s statements came as part of a larger effort to combat terrorism and what she said was “far too much tolerance of extremism in our country.”

“While we need to deprive the extremists of their safe spaces online, we must not forget about the safe spaces that continue to exist in the real world,” May added. “Yes, that means taking military action to destroy ISIS in Iraq and Syria. But it also means taking action here at home. While we have made significant progress in recent years, there is – to be frank – far too much tolerance of extremism in our country.”

No immediate plans were laid out to regulate the internet. May has been a long-standing advocate of increased government surveillance.

The terrorist attacks in Great Britain come during a time when technology companies and social media sites there, as well as in the United States, are feeling the heat for their reactions to and removal (or lack thereof) of hateful or violent content.

According to Europe’s top regulator, data shows that Twitter “has failed to take down a majority of hate speech posts after they had been flagged,” and that “Facebook […] and YouTube fared better, removing 66 [percent] of reported hate speech.”

VICE UK tweeted that, “[e]ven with increased surveillance, there is more of this to come.” 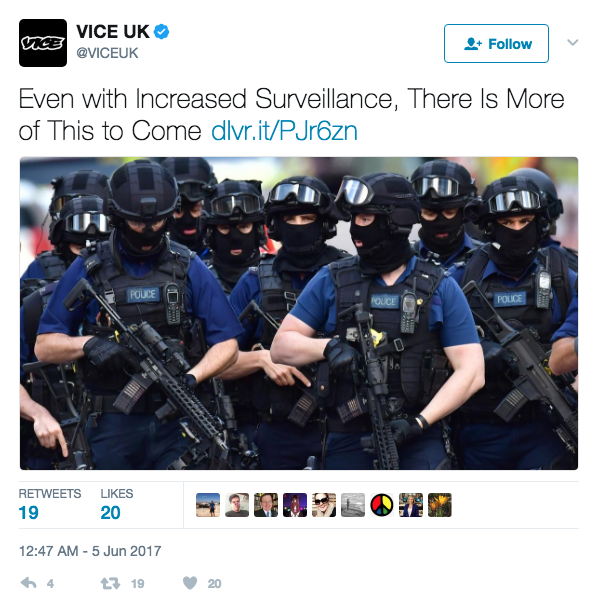 “While it’s true that the Islamic State has [utilized] the internet to a degree unprecedented by any other terrorist group, both to radicalize vulnerable individuals and to actively direct attacks, terrorism analysts are divided on the utility of further surveillance powers,” according to VICE UK. “[…] That is to say, widening the internet surveillance dragnet may help to some degree, but it’s not going to solve the problem entirely.”