Russia says it will now ‘target’ US aircraft and come after them, following downed Syrian jet

Russia has lashed out at the United States following the U.S. Navy shooting down a Syrian aircraft that was attacking ISIS-fighting rebel forces, and said it will treat any U.S. aircraft as “air targets” after this “massive violation of international law.” 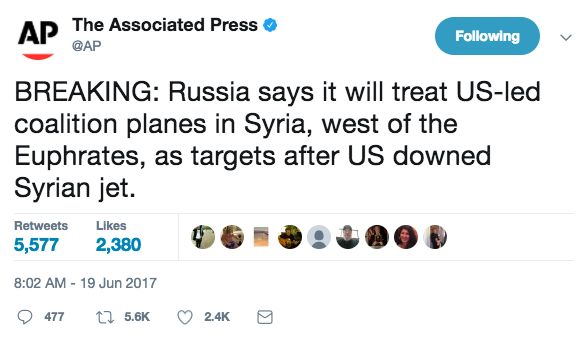 Marine Gen. Joseph Dunford said Monday he is “confident” the United States and Russia are still communicating, and he is also confident U.S. forces “have the capability to take care of themselves.”

“I’m confident that we are still communicating between our operations center and the Russian Federation center,” Dunford said at the National Press Club in Washington, according to Stars and Stripes. “I’m also confident that our forces have the capability to take care of themselves.” 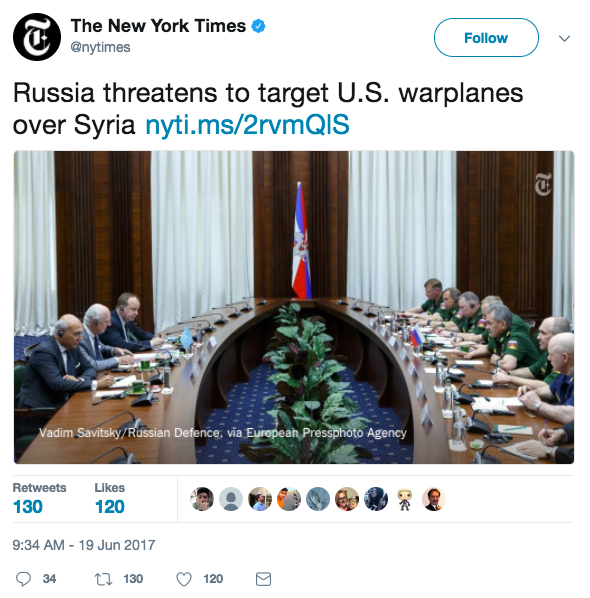