US F/A-18E fighter jet shoots down a Syrian SU-22 fighter jet that was bombing US coalition partners; Russia lashes out

A Syrian regime SU-22 military jet aircraft that dropped bombs near Syrian Democratic Forces (SDF) fighters south of Tabqah, Syria, was “immediately shot down by a U.S. F/A-18E Super Hornet aircraft,” according to a press release. 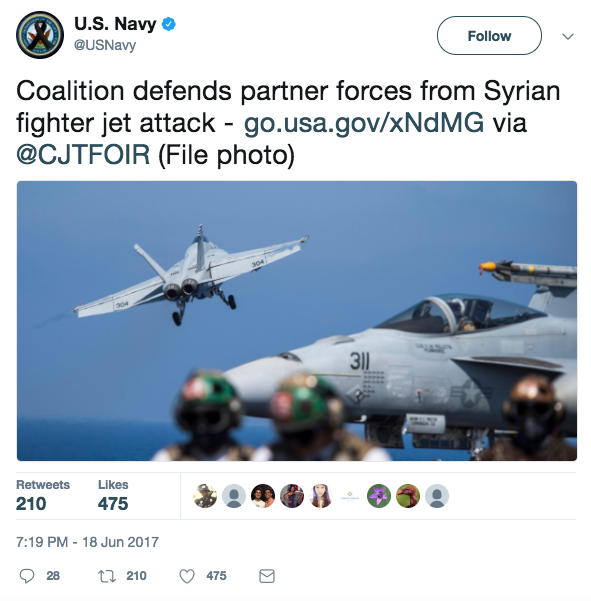 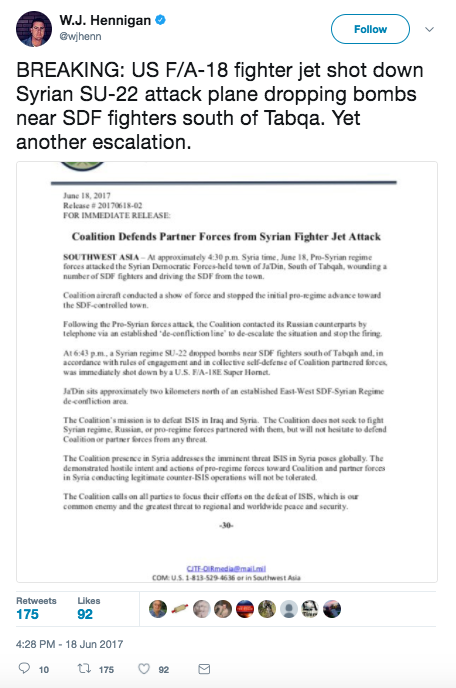