An assailant was shot and taken to a hospital Tuesday after he attacked a police officer with a hammer outside Notre Dame Cathedral in Paris.

The man allegedly yelled “This is for Syria,” according to reports. 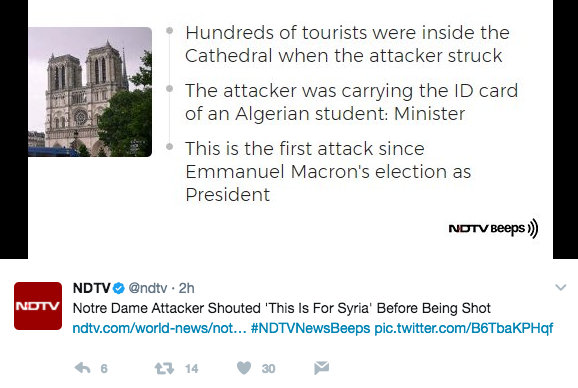 The man was also armed with knives and is believed to be an Algerian student. Paris Police said that “French counter-terrorism police are opening an investigation into the incident,” according to NBC News. 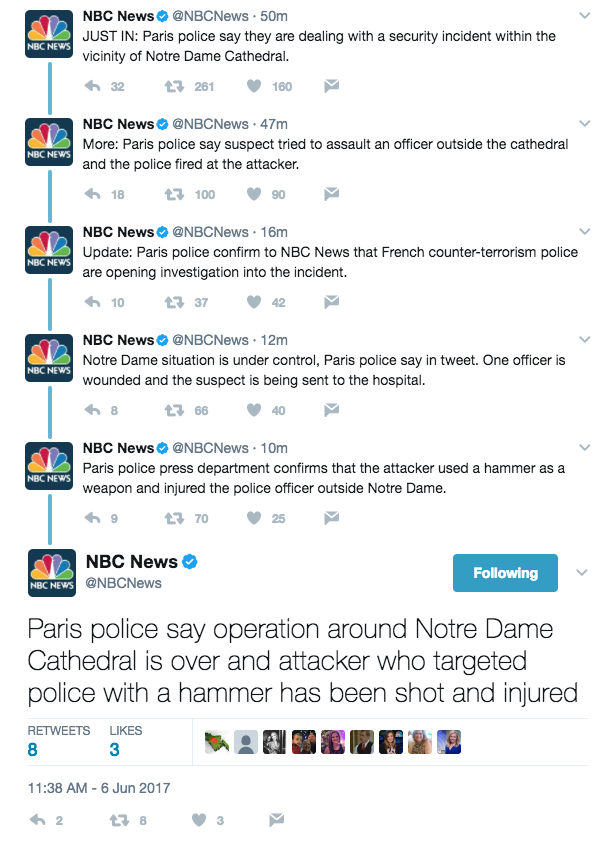 Police have said that the “operation is over and attacker who targeted police with a hammer has been shot and injured,” NBC News tweeted. That officer he attacked is also injured, but the condition is not serious.

At the time of the incident, police told people to avoid the area. The cathedral was sealed off, and those inside were told not to leave.

France has been the site of terror attacks in the past, including a truck explosion on Bastille Day in 2016 that killed dozens of people.