FBI: Scalise shooter had storage locker with 200 rounds of ammo in it; also had a list of 6 Congressmen

The suspected GOP gunman who injured House Majority Whip Steve Scalise and three others kept a local storage locker that contained more than 200 rounds of ammunition, according to the FBI.

Illinois man James Hodgkinson, 66, visited the locker daily – including about an hour before he shot more than 60 times at the Congressional baseball team practice in Alexandria, Virginia, on June 14, the FBI said this week.

The suspected gunman also had a list on his person with six members of Congress written on it. However, the FBI would not call it a “hit list,” according to a report. 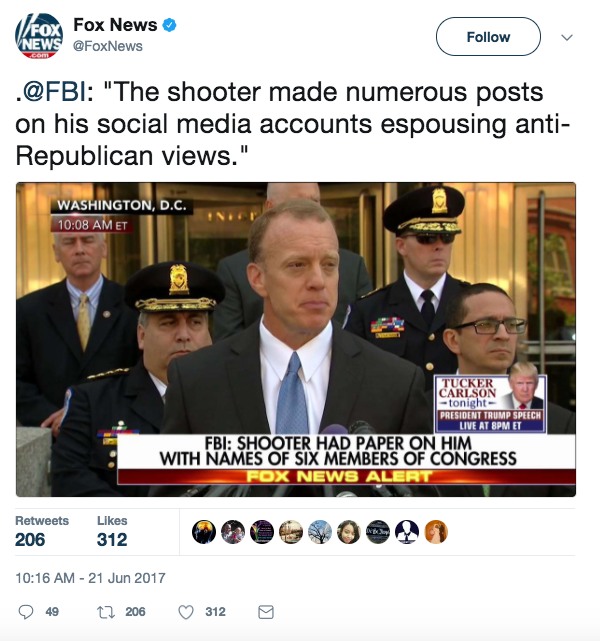 These lawmakers are known conservatives associated with the Freedom Caucus, Fox reported.

The FBI said Hodgkinson acted alone and did not have outside support.

Scalise was shot earlier this month in an alleged political targeting, when Hodgkinson shot and injured four people, including Scalise, a lobbyist, a congressional side and a Capitol Police agent.

Cell phone video footage was recently released of the incident, where shots can be heard fired and what appears to be a body is seen on the baseball field.

Scalise is still in “serious condition,” according to his Twitter account, where an update from MedStar Washington Hospital Center was posted June 17.

“Congressman Steve Scalise is in serious condition,” it read. “He underwent another surgery today, but continues to show signs of improvement. He is more responsive, and is speaking with his loved ones.” 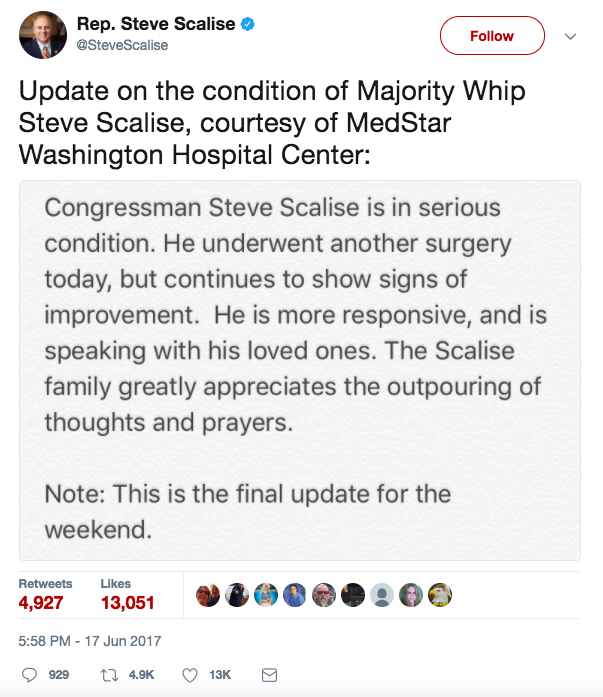 “The Scalise family greatly appreciates the outpouring of thoughts and prayers,” it added.

A blood drive was held recently to collect blood donations in honor of those injured in the shooting. 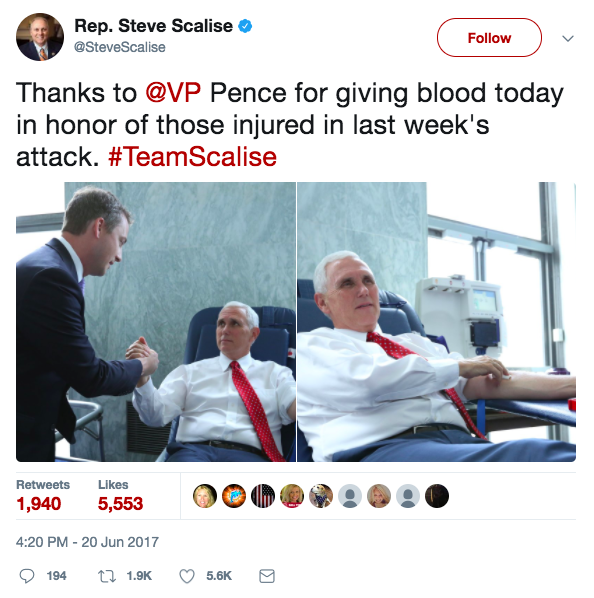