The event was being reported as a “deliberate attack.”

After a bullet went into his hip and pelvis, “fracturing bones, injuring internal organs and causing severe bleeding,” Scalise will require more operations, according to MedStar Washington Hospital Center, where Scalise was taken after the shooting.

2) The suspected shooter has died.

President Donald Trump announced Wednesday that the shooter had died from injuries.

Trump visited Scalise in the hospital on Wednesday, and later tweeted that Scalise, “one of the truly great people, is in very tough shape – but he is a real fighter. Pray for Steve!” 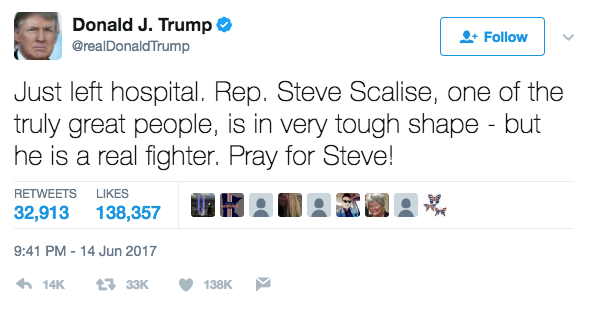 “I have just been informed that the alleged shooter at the Republican baseball practice is someone who apparently volunteered on my presidential campaign,” Sen. Bernie Sanders said on Wednesday. “I am sickened by this despicable act.” 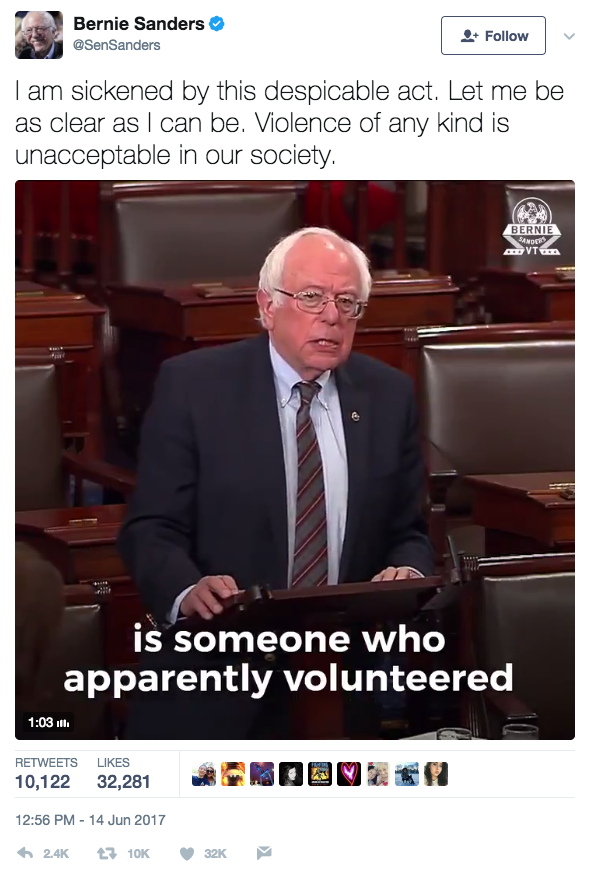 “Let me be as clear as I can be. Violence of any kind is unacceptable in our society and I condemn this action in the strongest possible terms,” Sanders said. “Real change can only come about through nonviolent action, and anything else runs against our most deeply held American values.”

“My hopes and prayers are that Representative Scalise, congressional staff and the Capitol Police officers who were wounded make a quick and full recovery,” the senator added. “I also want to thank the Capitol Police for their heroic actions to prevent further harm.”

Two Capitol Police agents were at the field on Wednesday and reportedly returned fire before the Alexandria Police Department showed up a few minutes later.

In the past, Hodgkinson has posted to social media about his dislike for President Donald Trump.

“Trump is a Traitor. Trump Has Destroyed Our Democracy. It’s Time to Destroy Trump & Co.” he allegedly posted on March 22.

And in February, he supposedly posted that “Republicans are the Taliban of the USA.”

4) Video footage released Wednesday shows what appears to be a body on the baseball field.

Video footage was released during which shots are heard being fired and what appears to be a body is seen on the ground at the baseball field.

At one point in the video, there appears to be a body on the ground in the baseball field, and a man is heard asking, “Has that guy been shot, is he OK?”

At multiple times, people can be heard shouting “stay down.” 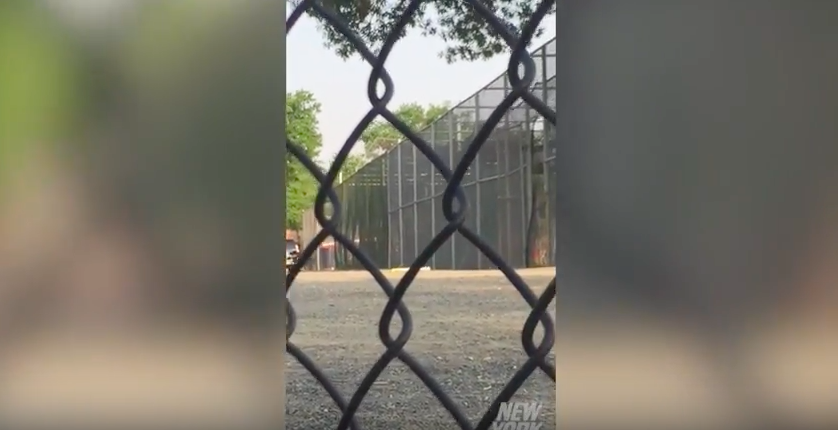 5) The FBI is investigating the incident.

“While the subject is deceased, we continue to actively investigate the shooter’s motives, acquaintances and whereabouts that led to this incident,” according to Timothy Slater of the FBI.

Hodgkinson’s Illinois home was being searched, according to the FBI.

“The FBI is actively investigating Hodgkinson, to include his associates, whereabouts, social media impressions and potential motivations,” the FBI said in its statement. “This is an active investigation that continues to unfold.”