A 22-year-old American student, Otto Warmbier, is back in the United States after being detained in North Korea for 17 months, and he is suffering from extensive brain damage, according to doctors and his family – who say it was likely at the hand of the North Koreans that this happened.

“Otto has been terrorized and brutalized,” his father, Fred Warmbier, told Fox News’ Tucker Carlson in an exclusive interview on Thursday. 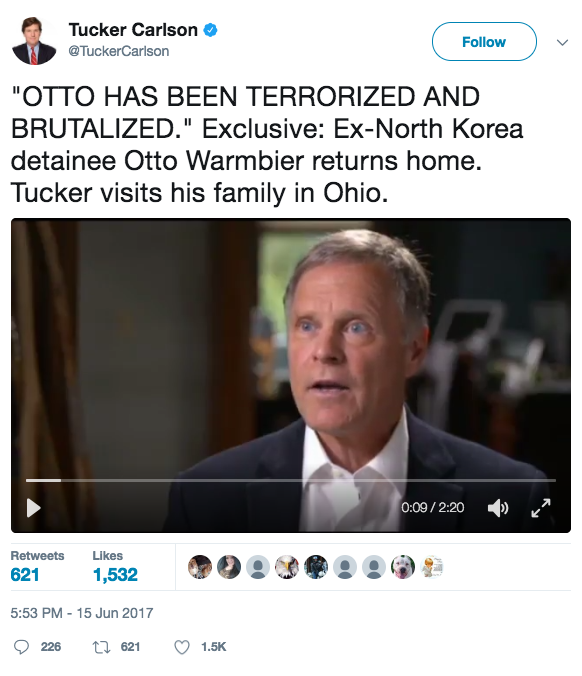 Otto Warmbier was medically evacuated from the country earlier this week, after the efforts of Secretary of State Rex Tillerson and the Trump Administration. He arrived in Cincinnati, Ohio, on June 13.

Otto Warmbier is in “a state of unresponsive wakefulness,” according to a medical team at the University of Cincinnati Medical Center, and is “stable but suffers from a severe brain injury;” the team did not say whether Otto Warmbier would recover, at the request of his family. 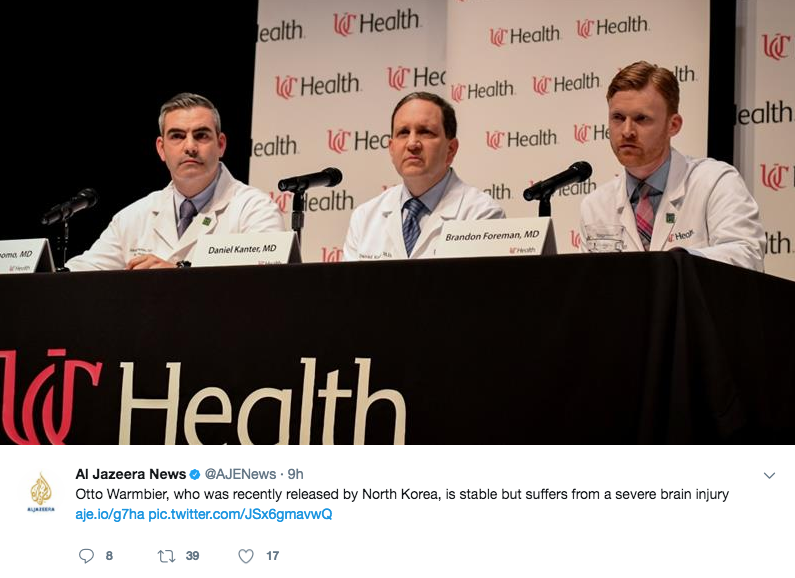 “He has spontaneous eye opening and blinking,” said Dr. Daniel Kanter, director of the hospital’s neurocritical care program. “However, he shows no signs of understanding language, responding to verbal commands or awareness to his surroundings.”

“He has not spoken,” Kanter added. “He has not engaged in purposeful movements or behaviors.”

Warmbier’s family learned only a week earlier that their son had been in a coma for 15 of the 17 months he was detained in the country, and had suffered severe neurological damage.

“At the direction of the President, the Department of State has secured the release of Otto Warmbier from North Korea,” according to a statement from Tillerson. The 22-year-old reportedly contracted botulism, which is food poisoning caused by bacteria growing on improperly sterilized canned foods. His parents learned he was in a coma only one week ago, according to CNN.

Warmbier contracted botulism and then reportedly fell into a coma after taking a sleeping pill, according to one report.

On Twitter, photos could be seen of local businesses in Otto Warmbier’s hometown, in Ohio, in support of the student. 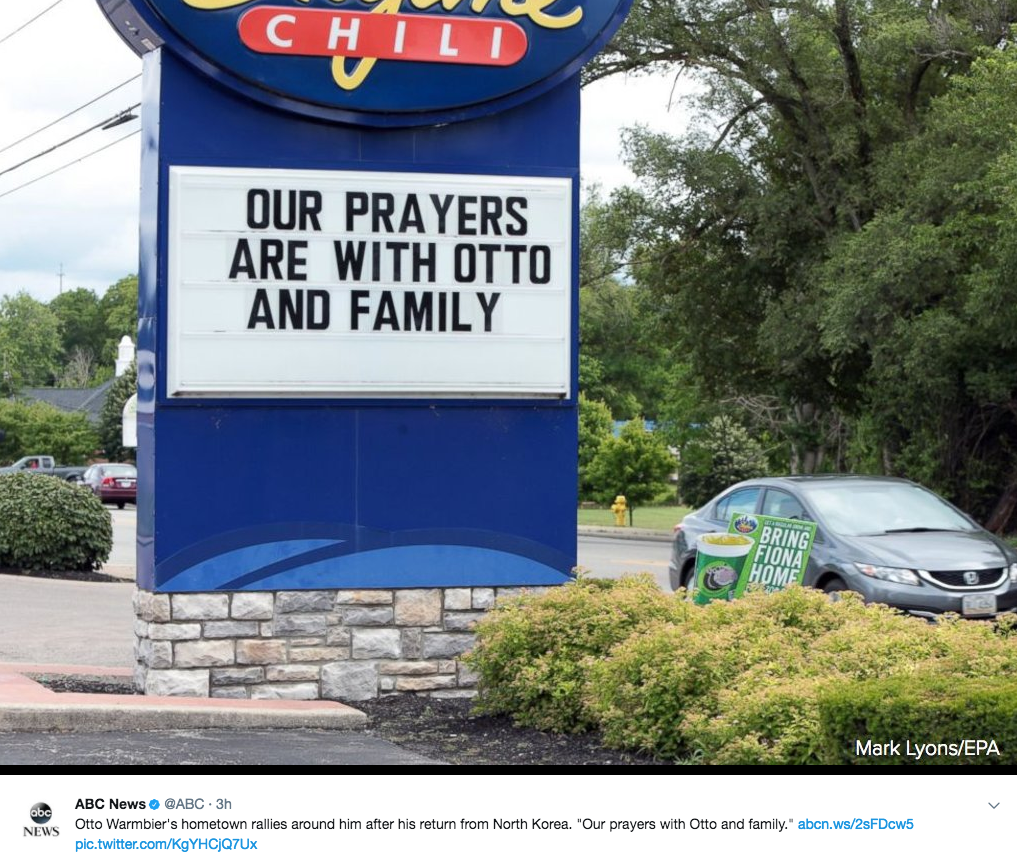