American college student Otto Warmbier has been in a coma for 15 of the 17 months he was detained in North Korea, and had to be medically evacuated from the country, according to reports. 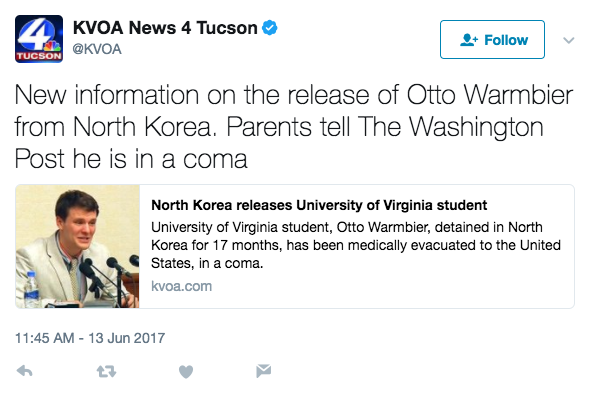 North Korea has released Warmbier, who had been detained in the country since January 2016, according to U.S. Secretary of State Rex Tillerson and Warmbier’s parents, Fred and Cindy Warmbier.

The 22-year-old reportedly contracted botulism, which is food poisoning caused by bacteria growing on improperly sterilized canned foods. His parents learned he was in a coma only one week ago, according to CNN.

Warmbier contracted botulism and then reportedly fell into a coma after taking a sleeping pill, according to one report. 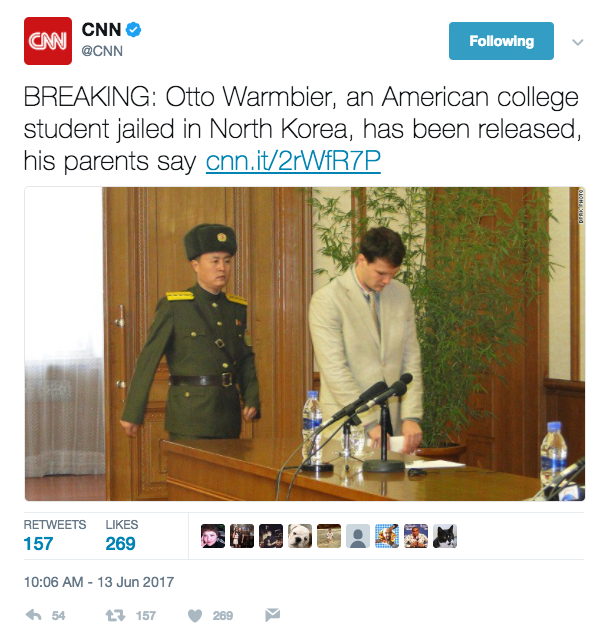 “At the direction of the President, the Department of State has secured the release of Otto Warmbier from North Korea,” according to a statement from Tillerson. “Mr. Warmbier is en route to the U.S. where he will be reunited with his family.” 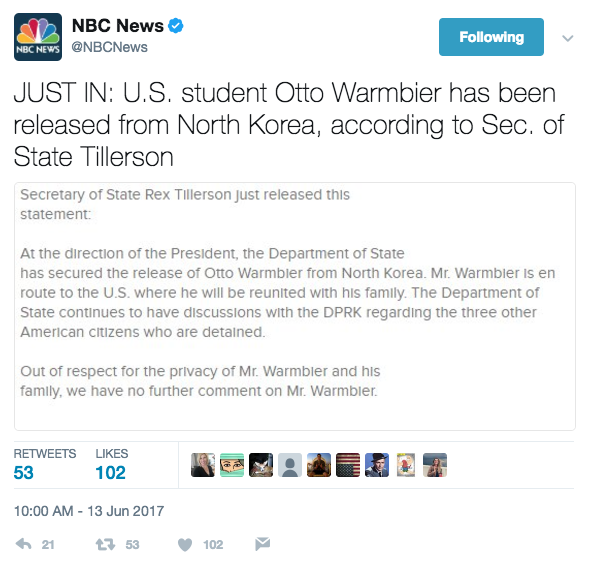 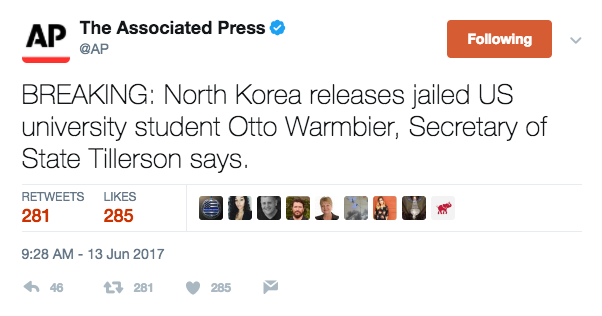 North Korean officials have confirmed to CNN that Warmbier has been released and is on a flight out of the country. 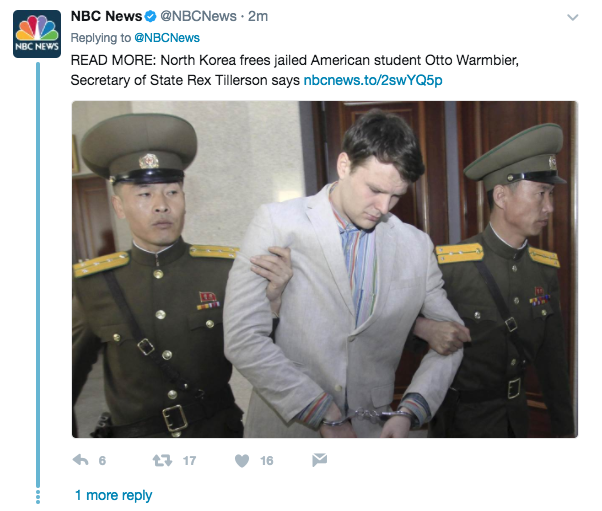 Warmbier’s release comes only one day after former NBA basketball star Dennis Rodman was reported to be visiting North Korea – his second visit to the communist country.

The Trump Administration confirmed Monday to Fox News that Rodman was heading back for his first visit there in more than three years. Rodman, now 56, visited North Korea and Kim Jong Un in January 2014.

Aside from his basketball fame, Rodman was also a contestant on the reality TV show Celebrity Apprentice, which President Donald Trump made infamous; Trump was not President at the time his show was running on television.

Rodman was a contestant on season eight of The Apprentice, which aired in 2009.

Rodman’s visit to the communist country under the leadership of Kim Jong Un comes during a time when tensions among North Korea and the United States run high; North Korea recently fired four surface-to-ship test missiles last week and has threatened that “bigger gifts” are coming to the U.S.

And now, North Korea is detaining three Americans for alleged crimes, upon the release the of Warmbier, who was the fourth American being detained.