A global cyberattack on Tuesday has spread from the Ukraine across the world, most recently infecting American drug company Merck, the New Jersey-based company confirmed, among several other huge European businesses.

Several countries have been hit by this ransomware attack, being referred to as “Petya,” including Ukrainian banks, top Russian oil producer Rosneft and the Chernobyl radiation monitoring system.

Other businesses hit include the Danish company Maersk and the British ad firm WPP. 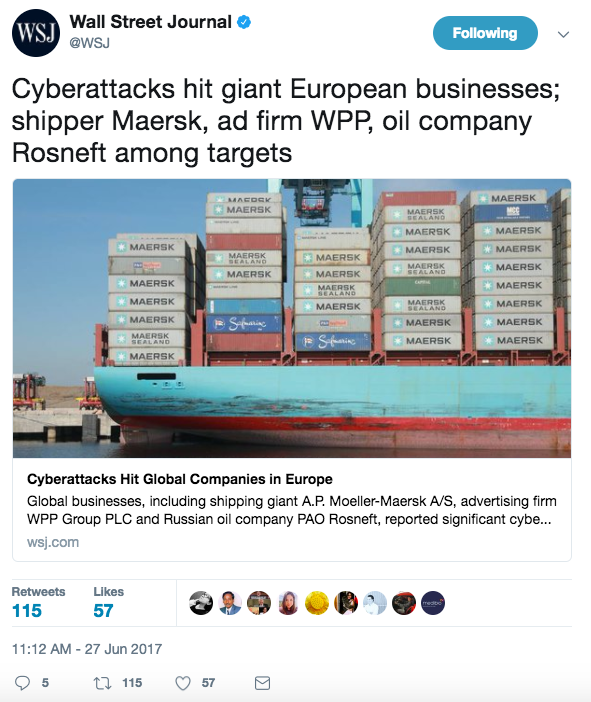 It is not yet known who is behind this cyberattack.

Ransomware is exactly what it sounds like: a computer virus that locks users out of the computer and its data. A message demands ransom money in order to log back on.

In Petya’s case, the ransom is reportedly $300. 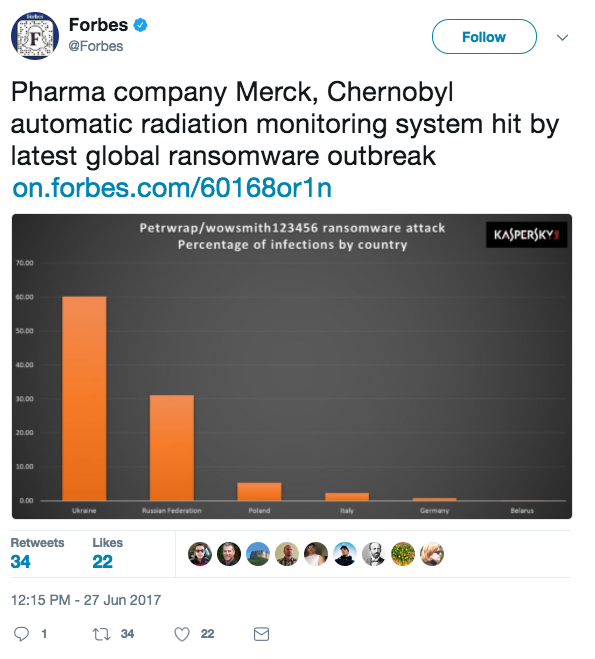 “We confirm our company’s computer network was compromised today as part of the global hack,” Merck tweeted on Tuesday. “Other organizations have also been affected.” 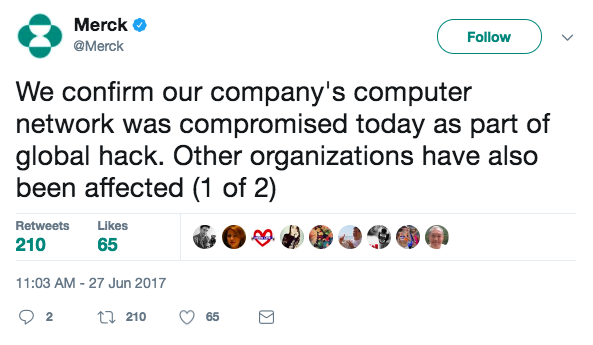 “We are investigating the matter and will provide additional information as we learn more,” Merck added. 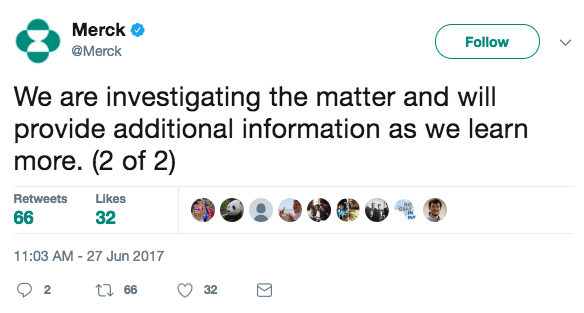 Ukraine was hit particularly hard in this cyberattack, as the country’s national bank, state power company and largest airport were all affected, according to a report, as well as grocery stores and ATMs.

This was the largest cyberattack to hit Ukraine even before it spread to other parts of the world. 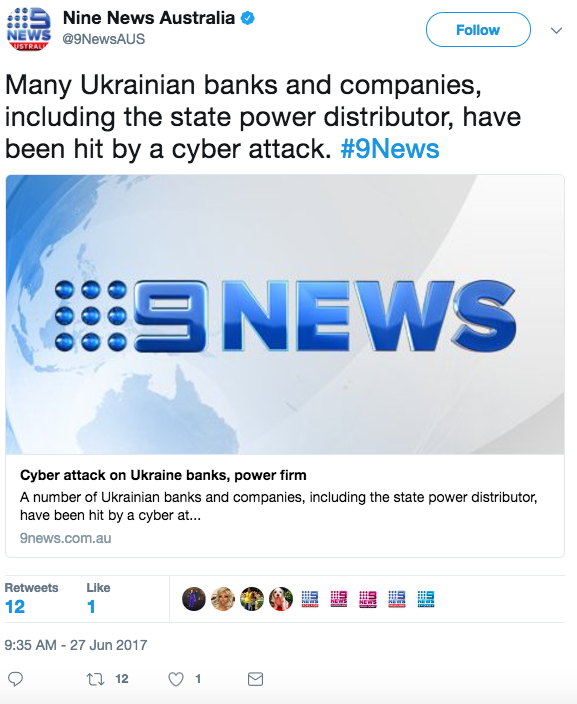 This attack is similar to the WannaCry ransomware virus in May that affected hundreds of thousands of computers throughout Europe and Asia, including those at hospitals and trusts across England.

The May attack apparently involved a hacking tool from the National Security Agency (NSA) that was leaked in 2016.

The New York Times reported in May that it is likely North Korea was behind the WannaCry attacks, as there were “hard links” to suggest that a group of North Korean hackers known as the Lazarus Group distributed that ransomware.