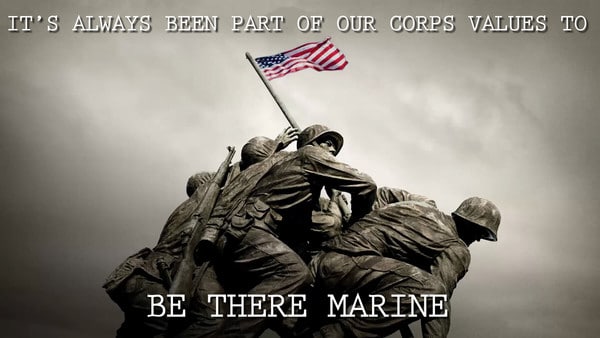 OKINAWA, Japan — Behavioral health specialists report depression and suicide ideation rates increase during the holiday season and into the post-holiday period in the Marine Corps, according to the Headquarters Marine Corps Force Preservation Directorate. Marines may feel lonelier during these times as a result of being away from their families and supporters, said Shannon Hutchinson, the 3rd Marine Division behavioral health specialist. Marines then question their belonging and wonder if people would care if they weren’t around.

One of the 14 Marine Corps leadership principles states, “know your Marines and look out for their welfare.” Hutchinson said leaders should make it a regular practice to talk about taking care of yourselves and each other when it comes to managing stress and everyday issues. She also advised that regular counseling sessions should include discussions about issues other than work, like family, finance and mental health. In order to be “ready to fight tonight” and achieve the Marine Corps mission, Marines must be mentally and spiritually ready, said Hutchinson.

“The truth is it’s your responsibility and part of the commitment you made to the Marine Corps to be ready to handle whatever the Marine Corps needs of you at any time,” said Hutchinson. “We perform corrective and preventative maintenance on equipment so why wouldn’t we do that for ourselves and our fellow Marines?”

As military members, we’re required to attend suicide prevention training to recognize the signs amongst peers and lead them to the appropriate resources, but even then it’s difficult to know if someone is actually contemplating suicide unless we truly know that person. According to Commander Salee Oboza, the operational stress control and readiness training clinical provider, the best way to recognize the signs is to get to know your peers and care about their well-being.

“People don’t hesitate to help when someone is limping, but people tend to hesitate and turn the other way when someone is having a difficult time with their emotions,” said Oboza. “Emotional pain is the same as physical pain, it needs treatment for it to be better.”

To defeat the stigma surrounding utilizing mental health resources, Oboza advises Marines to take every suicidal comment seriously and never make fun of the topic. She also encourages commands to invite the providers into work spaces to introduce themselves and their capabilities. Some resources found on base are the Behavioral Health Community Counseling Program and Family Advocacy Program, military and family life counselors, the Families Overcoming Under Stress team, the operational stress control and readiness team, the U.S. Naval Hospital mental health department, the substance abuse control officer and the command chaplain.

“Asking for help will not make you appear weak and/or less of a Marine,” said Hutchinson. “You have a role in enhancing overall readiness. Protect yourself and others against behavioral health issues and take action to prevent incidents.”