Marines with 1/8 participate in TRAP training 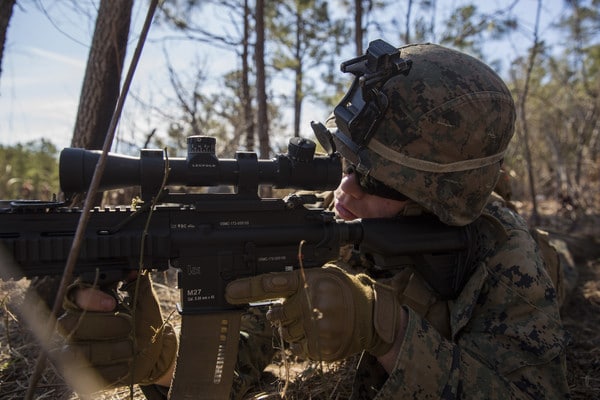 During the TRAP training, 1st Battalion, 8th Marines, operated with Medium Tiltrotor Squadron 261 to successfully accomplish tasks within the exercise including recovery of sensitive equipment, locating isolated personnel and transportation back to the recovery aircraft.

“It’s a learning curve especially for infantry Marines,” said Gunnery Sgt. Camilio Aragon, a TRAP instructor with Expeditionary Operations Training Group, II Marine Expeditionary Force. “Everything they do is combat related or combat focused, so this shifts their gears completely, and it makes them focus on the non-combat related scenarios that may come our way while in a foreign country.”

The Marines underwent three phases of rehearsals and classes. The first phase consisted of briefs and false scenarios which focused on the shift from a combat mentality to a recovery type of operation. The second phase consisted of a scenario with constant repetitions of missions as the threat level and chaos escalated. During the missions, participants raked through the woods looking for loose or sensitive equipment that might become beneficial to the enemy. The final phase consisted of evaluation from the instructors that resulted in failure or a certification of completion.

“Repetition of briefing and execution of missions helps increase the confidence of the leadership,” said 1st Lt. Patrick Bunce, the officer in charge of TRAP with EOTG, II MEF. “It also helps to refine internal tactics, techniques, and procedures that will be used when the Marines go down range.”

This training, allowed the MEU to gain better idea of their capabilities and limitations of what they would be able to accomplish while in a foreign country.