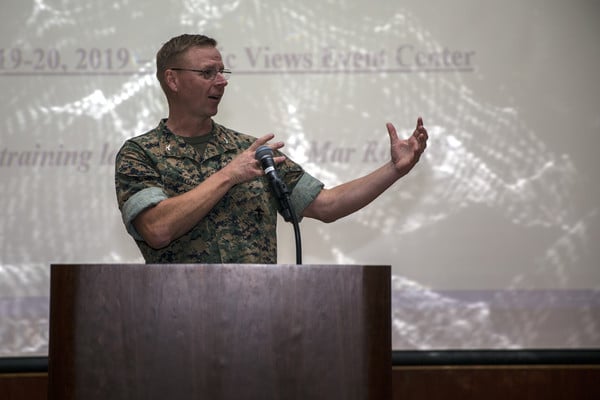 The annual symposium is conducted every year with MCI-West MCB Camp Pendleton to provide training on updates in laws about environmental and land use, which include new regulations and policies. MCI-West MCB Camp Pendleton’s’ Environmental Security programs implement installation restoration initiatives that sustain the current compliance of operational environments and ranges.

“We have been hosting this environmental conference since 1994, and the reason for that is because we recognized from the very beginning… there is a need for the attorneys and the environmental professionals to come together so we can exchange information to learn about programs and policies that improve our environmental compliance within the West Coast region,” Darren Jump, Counsel, Western Area.

“The nature of what we are trying to do here [utilizes] the land on MCB Camp Pendleton to the best of our ability, to expand the training opportunities, continue to be stewards of the installation’s property and be a good neighbor to the outside community,” said U.S. Marine Corps Col. Joseph D. Williams, chief of staff, MCI-W, MCB Camp Pendleton.