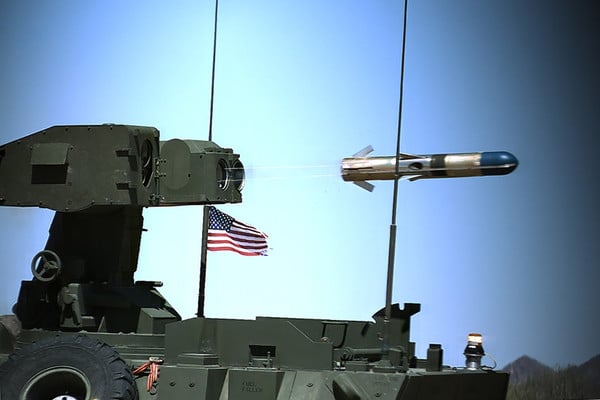 The Marine Corps continues to upgrade the turret system for one of its longest-serving fighting vehicles – the Light Armored Vehicle-Anti-Tank.

The ATWS fires the tube-launched, optically-tracked, wire-guided—or TOW—missiles. It provides long-range stand-off anti-armor fire support to maneuvering Light Armored Reconnaissance companies and platoons. The ATWS also provides an observational capability in all climates, as well as other environments of limited visibility, thanks to an improved thermal sight system that is similar to the Light Armored Vehicle 25mm variant fielded in 2007.

The ATWS also possesses a built-in test capability, allowing the operators and maintainers to conduct an automated basic systems check of the ATWS, he said.

The LAV-ATM Team continues to provide new equipment training to units receiving the ATWS upgrade, with the final two training evolutions scheduled for early this year. Training consists of a 10-day evolution with three days devoted to the operator and seven days devoted to maintaining the weapon system. Follow-on training can be conducted by the unit using the embedded training mode within the ATWS.

Full operational capability for the ATWS is expected at the end of fiscal year 2019.

“Currently, there are 58 in service within the active fleet,” said Myers. “The original equipment manufacturer delivered 91 of the 106 contracted kits and is ahead of schedule. Now MCSC’s focus is directed at the Marine Corps Forces Reserve, ensuring they receive the same quality NET and support as their active counterparts.”