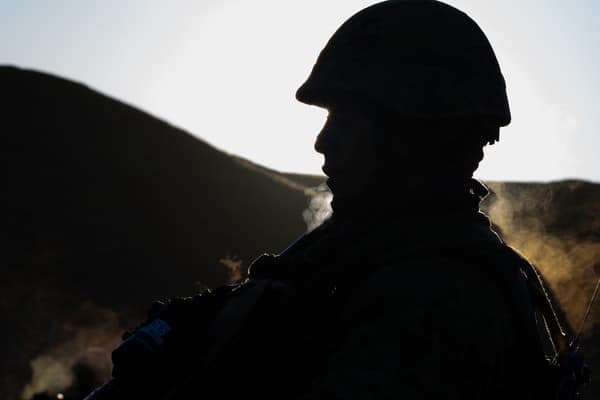 In addition to building upon the U.S.-Japan Alliance, Exercise Iron Fist 2019 provided the JGSDF with certification of its first amphibious assault force.

“I am proud to share this moment with one of our closest and most dependable allies: the soldiers of the Japan Ground Self-Defense Force. Today we take another step forward in strengthening the important relationship between the U.S. Marine Corps and Japan Ground Self-Defense Force,” said Maj. Gen. Robert F. Castellvi, commanding general, 1st Marine Division during the closing ceremony.

This is the 14th iteration of Iron Fist, and the first time the Japan Ground Self-Defense Force brought their own assault amphibious vehicles. The JGSDF also certified the unit to become Japan’s first fully operational Amphibious Rapid Deployment Brigade.

“The development brought about by [Japan’s] own assault amphibious vehicles significantly increases [their] ability to employ amphibious combat power and keep the people of Japan safe from our adversaries,” said Castellvi.

With continued risk in the Western Pacific, gaining the ability to employ an amphibious force during Iron Fist 2019 was a significant accomplishment for the JGSDF. In order to achieve this, the Soldiers from the 1st ARDB put their skills to the test at the West Coast’s premier expeditionary training base.

“Camp Pendleton, aside from being close to the ocean and enhancing our ability to conduct amphibious operations has an expansive training area with multiple ranges and very challenging terrain,” said Col. Kevin Clark, commanding officer, 1st Marine Regiment. “This year, almost every day, our Marines, Sailors and JGSDF soldiers have been in the field. Many of those days it rained where they had to battle the elements.”

Despite the rain, and the challenges which came with it, Marines and Soldiers utilized every opportunity to train and learn from one another.

“The Marine Corps’ role during this exercise was a teach, coach and share best practices approach,” said Clark. “Its been a give and take for both sides, each sharing tactics and practices to the other.”

Sharing these tactics and practices offers the opportunity to build confidence within the troops. Learning each other’s strengths and weaknesses and having the confidence in each other creates an effective combined military operation.

“I can’t emphasize how important this training has been for both of our nations,” said Lt. Gen. Joseph Osterman, commanding general of the 1st Marine Expeditionary Force. “Iron Fist has sharpened our amphibious capabilities to quickly deploy sea-based assets in a multinational environment. Globally, naval expeditionary forces provide an important stabilizing capability for today’s unpredictable threats.”