Human smuggler arrested with 33 illegal aliens locked inside a trailer

A search of the trailer filled with produce from Mexico, led agents to discover 33 foreign nationals from Mexico and El Salvador hiding inside. The group concealed inside the trailer included 12 juveniles in age from three to 17, a pregnant female, and a convicted felon. 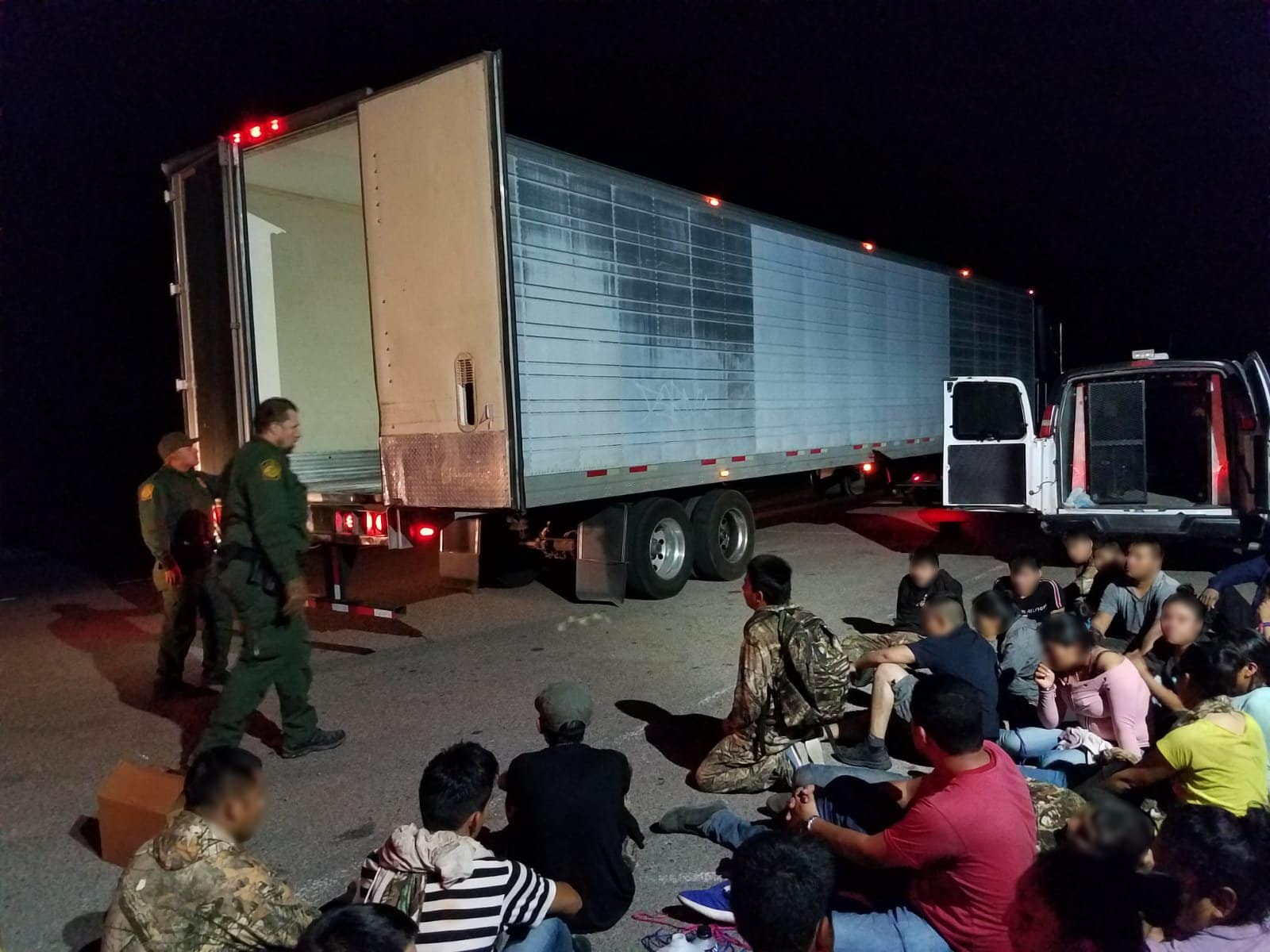 U.S. Border Patrol agents arrested a truck driver for human smuggling after they found 33 illegal aliens hidden in his trailer at the Interstate 19 Immigration Checkpoint. (U.S. Customs and Border Protection/Released)

The interior of the trailer was nearly 100 degrees, causing imminent danger to the people locked inside with no means of egress.  Although the trailer was equipped with a refrigeration unit, the driver did not have it turned on.

The 37 year-old Mexican driver was arrested and charged with felony human smuggling violations in a federal complaint. The 33 people being smuggled were taken into U.S. Border Patrol custody and will be processed for immigration violations.

In an effort to prevent fatalities at the hands of smugglers, Department of Homeland Security has recently launched “Operation Safeguard” to educate the public and the trucking industry on the life-threatening dangers involved in using commercial conveyances to smuggle humans.