Representative Kevin Hern, who represents Oklahoma’s 1st Congressional District, attended the ceremony and thanked the Soldiers and their families for their service to the United States. 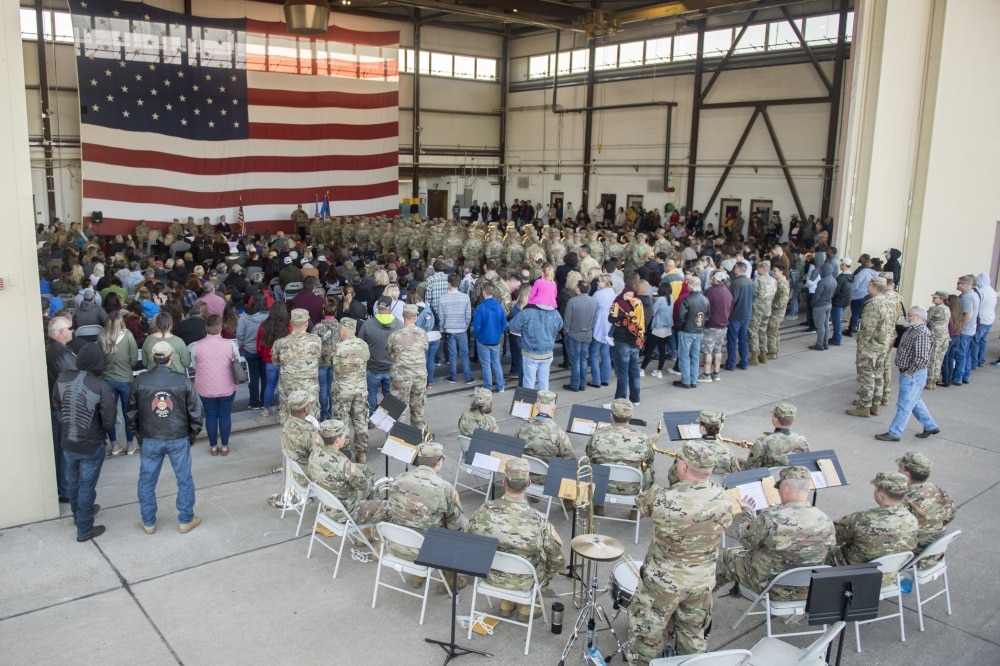 “For more than forty-five years, the United States military has been exclusively an all-volunteer force comprised of the men and women who represent the best of American ideals,” Hern said. “To the men and women who bid farewell today, on behalf of my colleagues in the House of Representatives, I express our deepest gratitude for your willingness to serve and your continued sacrifice for our great nation.”

While deployed, the Soldiers will perform field-level aviation maintenance support to a brigade size Army aviation element throughout Kuwait and Iraq. Their mission overall is to provide fully mission capable aircraft to the aviation commander that will have multiple layers of effects throughout their area of operations.

All deployed aircraft are a key component of the ground commander’s ability to project lethal force and improve combat power. Prior to any mission, however, each aircraft must be thoroughly examined and, if necessary, repaired by aviation maintainers to ensure overall mission success.

“We support the entire combat aviation brigade while we’re overseas, so that’s many, many airframes to include air assault, MEDEVAC [medical evacuation] and heavy lift,” said Maj. Jonathan Naber, commander of Bravo Company. “What we do inevitably saves lives in the end, because we’re doing everything the right way in putting a helicopter back together.”

As the National Guard motto is ‘Always Ready, Always There’, units from across the country actively train in preparation for the time they’re called to duty, whether it be domestic or abroad. For Bravo Company, this training began more than a year ago, including the most recent completion of pre-mobilization training at Camp Gruber Training Center near Braggs, Oklahoma.

“I’ve put a hard training schedule ahead of them this past year and they’ve all stepped up to the plate and I’m feeling good about the product we have moving forward,” Naber said.

Each Soldier focused on areas ranging from basic warrior tasks to hands-on training and had to meet certain criteria as both individuals and a unit before moving onto the post-mobilization phase at Fort Hood, Texas. Once in Texas, the unit will link up with the 834th’s contingents from Minnesota and Michigan, and complete their mobilization training together.

“This last year has been a big testament to the type of people we have and the training they’ve put in on their off time and their personal time to make this thing go,” Naber said. “The cool part is I’ve been able to build the team the last three years and now I actually get to take them overseas to do the mission.”

Once their training in Texas is complete, the unit will officially head overseas later this year.