E-3s are the Bee’s Knees 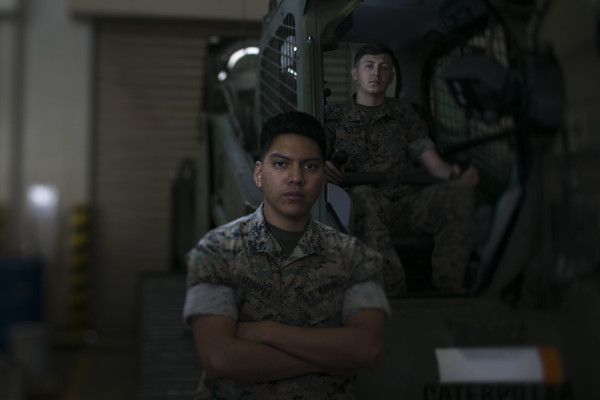 If noncommissioned officers are the backbone of the Marine Corps, then lance corporals are the muscles that keep it moving. As all enlisted Marines and warrant officers know – not to mention the Mustang officers who ascended the enlisted ranks before earning a commission – lance corporals hold a special place in the heart of the Corps.

Gone are the days of “Lance Corporal don’t know,” and the “Lance Corporal salute.” Today’s Marine Corps E-3s are smarter, faster, stronger and more tech savvy than the old salts from years gone by. They are the iGeneration, seemingly raised with a cell-phone fused to their fingers at birth. They are more familiar with Snapchat and Instagram than cable TV and VHS tapes. They are a digital generation, and they fit uniquely and seamlessly with the Marine Corps’ vision of a connected ‘strategic corporal,’ ready to fight and win America’s battles as much with technology and ingenuity as with bullets and pure grit. The bedrock for tomorrow’s Marine leaders is the ability to make sound and ethical decisions in a world flipped on its head during the past two decades.

The weeklong training is required for all lance corporals vying for a blood-stripe and much-coveted place in the NCO ranks. The Marine Corps’ Enlisted Professional Military Education branch instituted the program in 2014 to “bridge the gap between the initial training pipeline and resident Professional Military Education,” according to the seminar’s Leader Guide. The seminar prepares junior Marines to face the challenges of an evolving, uncertain and dangerous world 19 years into the 21st Century.

“Our lance corporals are the gears that keep this machine moving,” said Sgt. Maj. Edwin A. Mota, the senior enlisted Marine with the 31st Marine Expeditionary Unit in Okinawa, Japan. “The Lance Corporal Seminar is vital to their success this early in their careers. Whether an enlisted Marine stays in for four years or 30, they will never forget the leadership lessons they learned – both good and bad – as a lance corporal.”

Each seminar has a cadre of NCO and staff NCO volunteers who lead small groups through physical training, guided discussions and scenario-based training. The idea is to get lance corporals to think critically, both on and off duty, to help prepare them for a leadership role as a corporal, sergeant and beyond.

“As a lance corporal in the infantry during the 90s, it was a completely different Marine Corps than it is today,” said Mota. “We took orders and we carried them out without a lot of questions. Our NCOs, staff NCOs and officers didn’t expect us, as lance corporals, to understand the strategic-level significance of our training and operations back then. But today, the Marine Corps cannot afford for our lance corporals to not know how they affect our mission at the tactical, operational, strategic and diplomatic levels.”

Enlisted PME is a central component for measuring an enlisted Marine’s leadership potential and their fitness for promotion, regardless of rank. The seminar is usually a first term Marine’s introduction to formal military education and sets the tone for future PME courses as NCOs and staff NCOs. The guided discussions and scenario-based training is designed to help junior Marines to think critically before acting instinctively, according to 19 year old Lance Cpl. Dylan Hess, a mass communication specialist with the 31st MEU and a student in a recent seminar.

“As a lance corporal, we are expected to follow orders and get the job done, regardless of our job,” said Hess, a native of Vacaville, California who enlisted in September 2017 after graduating from Will C. Wood High School. “During the seminar, we were challenged to rethink our role as junior Marines. In today’s Marine Corps, especially here in Japan, everything we do is a representation of all American’s stationed here and the seminar helped us better understand why the decisions we make, on and off duty, are so important as ambassadors to our hosts here in Okinawa.”

The lessons learned during the seminar will help tomorrow’s leaders refine their leadership ability, according to Hess.

“Today’s generation joins the Marine Corps for many different reasons, but our commitment to the Marine Corps is the same as any other Marine from past generations. Many of the junior Marines today don’t remember 9/11, don’t remember the battles in Iraq and Afghanistan, but we’re still committed to always being prepared for our next battle, and the Lance Corporal Seminar definitely gives us a better understanding of leadership challenges and opportunities as we grow into the NCO ranks.”