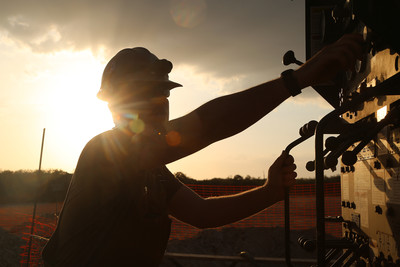 SMEEs were conducted in the Caribbean, Central and South America from July to October, and focused on the fields of engineering, diving, explosive ordnance disposal, and medical.

According to Capt. Brian Diebold, who serves operationally as commander of CTF-48, and as Commander, Destroyer Squadron (CDS) 40, the SPS mission demonstrated the CTF’s ability to conduct expeditionary operations ashore with a primarily sea-based command and control (C2) structure.

“Our team came together to successfully complete this mission,” said Diebold. “At some points during the mission, we had multiple engagements operating simultaneously across different countries. Our AFP leads were completely distributed on the ground, but C2 was conducted from the maritime environment.”
Missions like SPS-18 demonstrate the ability to sustain cooperative relationships with international partners, and according to Diebold, the relationships built during these engagements were well received by leaders of participating nations.

“During SPS, I had the opportunity to meet with senior military and government officials from the countries we worked with,” said Diebold. “They were impressed with the successful collaboration between our teams, and many of of them are looking forward to future engagements.”

Noting the success of the mission’s water-well drilling project, which will serve Colombia’s indigenous population of Wayuu people, Diebold sees SPS-18 as both successful and rewarding.

“Southern Partnership Station 2018 has enjoyed an almost unmatched level of success,” said Diebold. “The engagements we participated in were rewarding both personally and professionally.”

“It seems like something straight forward for our engineers to create a well, but for the Wayuu people living the La Guajira region, this well will bring water and life to their community for years to come,” added Diebold.

CDS-40 plays a key role in executing the Nation’s Maritime Strategy by providing dedicated tactical support to naval operations in USSOUTHCOM’s area of responsibility. The squadron fosters unity and cooperation between the United States and its Caribbean, Central and South American partner nations.

Collectively, the commands work to foster and sustain cooperative relationships with international partners and to fully exploit the sea as maneuver space to enhance regional security. These joint efforts aim to promote peace, stability, and prosperity in the Caribbean, Central and South American regions.