CBP seizes cocaine worth over $114 million from vessel

The AMO P-3 crew maintained the initial radar contact of the target of interest, a 45-foot long, blue, open hull go-fast with four out-board engines.  Five individuals could be seen onboard removing a tarp that covered a portion of the vessel.  The crew provided the updated location of the vessel to partner agencies. 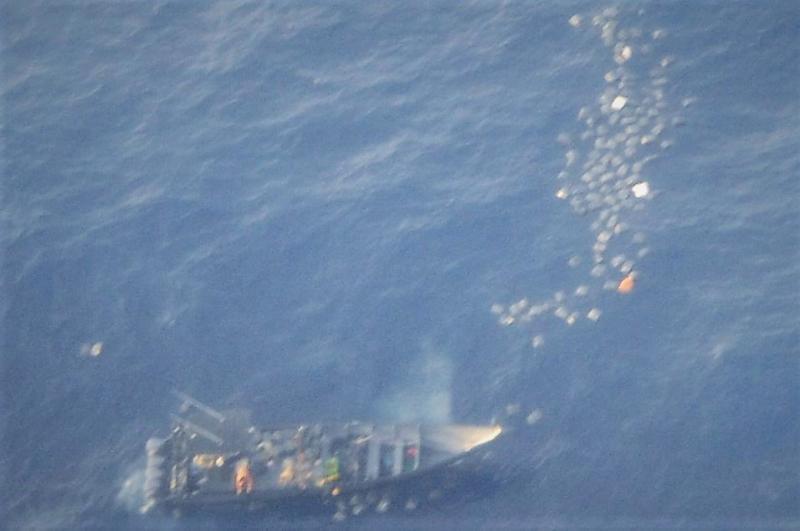 Individuals onboard a go-fast vessel dump bales of cocaine into the Caribbean Sea. (Customs and Border Protection/Released)

Two Panamanian Naval aircraft and a Panamanian Interceptor boat responded and arrived on scene to assist.

After spotting the aircraft and vessel, the individuals onboard the go-fast began dumping the suspected contraband into the sea.  The go-fast departed the area after dumping over 80 bales of contraband, later identified as cocaine.

The Panamanian Navy interdicted the go-fast, and took five Colombians into custody.  In addition, 8,791 pounds of cocaine was recovered from the scene, at an estimated wholesale value of $114.6 million.

The National Air Security Operations Center-Jacksonville forms half of the P-3 operations wing, along with its partner center in Corpus Christi, Texas. These P-3 aircraft operate throughout North and South America in defense of the borders of the United States and to prevent attempts to smuggle persons or contraband. The center is an active partner with FEMA, the U.S. Department of Energy and NORAD in times of national crisis such as Hurricane Harvey or post 9/11.