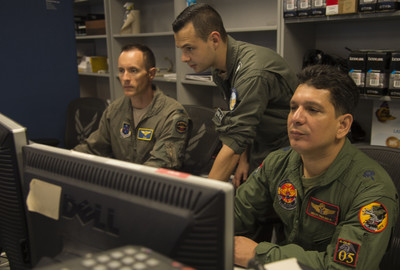 The exercise built interoperability between coalition partners, enabling them to respond at a moment’s notice to ensure security and stability in the Americas and maintain the free flow of global commerce through the Panama Canal.

The Brazilian Air Force Chief of Joint Air Operations Center, Aerospace Operations Command, Maj. Gen. João Campos Ferreira Filho, served as the Combined Forces Air Component Commander for PANAMAX 2018. This is the third year that a member from a partner nation air force has been the CFACC.

General Campos expressed that this exercise has prepared the Brazilian Air Force to better develop their Air Operations Center for the future and has allowed them to build working relationships with partner nations.

“It’s very important to build this relationship, not only with the U.S. but also with our neighbors from South America, Colombia, Chile and Argentina,” said Campos. Then, he said, air force leaders from these nations are more prepared to quickly and effectively work together in times of crisis.

Approximately 2,000 U.S. military and civilian personnel and 450 partner nation personnel participated in the exercise at multiple locations across the United States.