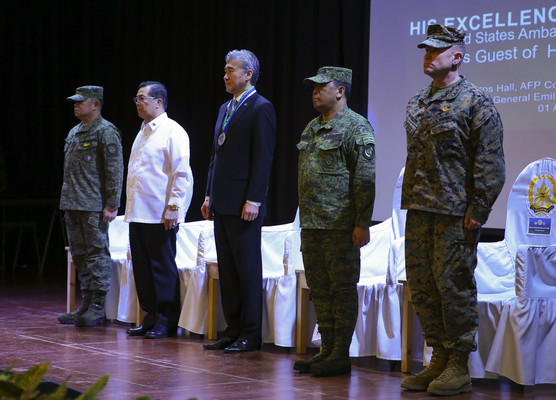 Philippine, U.S. and Australian service members gathered together during the Balikatan 2019 opening ceremony to mark the official start of the exercise on Monday, April 1, 2019 in Camp Aguinaldo, Quezon City.

Balikatan, which means “shoulder-to-shoulder” in Filipino, symbolizes the partnership between the Armed Forces of the Philippines and U.S. Forces.

“The 35th iteration of Exercise Balikatan is aimed at improving both AFP and US Forces’ interoperability through trainings that are focused on mutual defense operations and counterterrorism. The goal of such is to enhance both militaries’ employment of forces and assistance in the event of crises that threaten the safety and security of the nation,” said Lt. Gen. Gilbert Gapay, Philippines Exercise Director.

The exercise also includes the participation of the Australian Defence Force for humanitarian and civic assistance projects and special operations forces training.

Philippine and U.S. military collaboration has served as a cornerstone for stability in the Indo-Pacific region for decades. Both militaries share a continuing interest in strengthening the longstanding alliance.