A startup Huntsville aerospace company drew a lot of attention this week when it unveiled what it calls the “world’s biggest autonomous launch vehicle” – or drone – to launch small satellites into space rapidly at prices below conventional rocket launches. The company called Aevum already has more than $1 billion in government contracts for other technical projects.

Aevum founder and CEO Jay Skylus unveiled the uncrewed craft called Ravn X Thursday in a video presentation from the company’s offices in Huntsville. Skylus, who grew up in Alabama, said he was moved to “make space accessible” at less cost by the death of U.S. troops in Afghanistan who could not communicate because of the rugged terrain. At the time, Skylus’ brother was serving in the U.S. military and that brought the dilemma home, he said.

The solution is to put more communications satellites in space, but launching those satellites on rockets is expensive. Entrepreneurs like Elon Musk at SpaceX are sending large numbers of small satellites into orbit on a single launch to increase Internet and telephone access in remote areas, and that is also an idea of intense interest to the Pentagon for numerous uses.

Aevum’s reusable Ravn X drone is 80 feet long, has a wingspan of 60 feet, stands 18 feet tall and weighs 55,000 pounds. It is totally autonomous with no crew. The company’s plan is for the drone to take off from an airport like an airplane and lift a rocket high enough to release and proceed to an altitude where it can deploy its satellites in space. After the rocket is released, the Ravn X will return to land at the airport. All of this will be cheaper than using a rocket to lift the satellites into orbit, the company said, and it will eventually be repeatable multiple times a day. 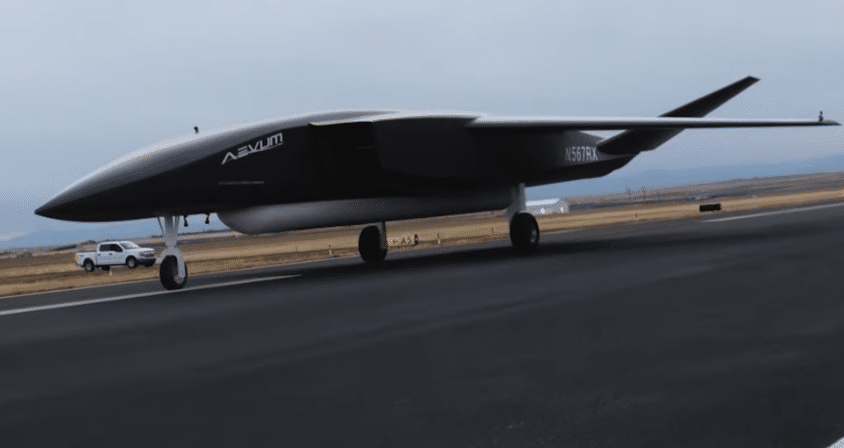 The first Ravn X launch will be for the Air Force, and an Air Force officer praised the technology during the video. “I’m excited to see the bold innovation and responsiveness in development today by our small launch industry partners to support emerging warfighter needs” said Lt. Col. Ryan Rose, chief of the Space and Missile Systems Center’s Small Launch and Targets Division at Kirtland Air Force Base in Albuquerque, New Mexico. “The U.S. Space Force is proactively partnering with industry to support U.S. space superiority objectives. Having a robust U.S. industry providing responsive launch capability is key to ensuring the U.S. Space Force can respond to future threats.” 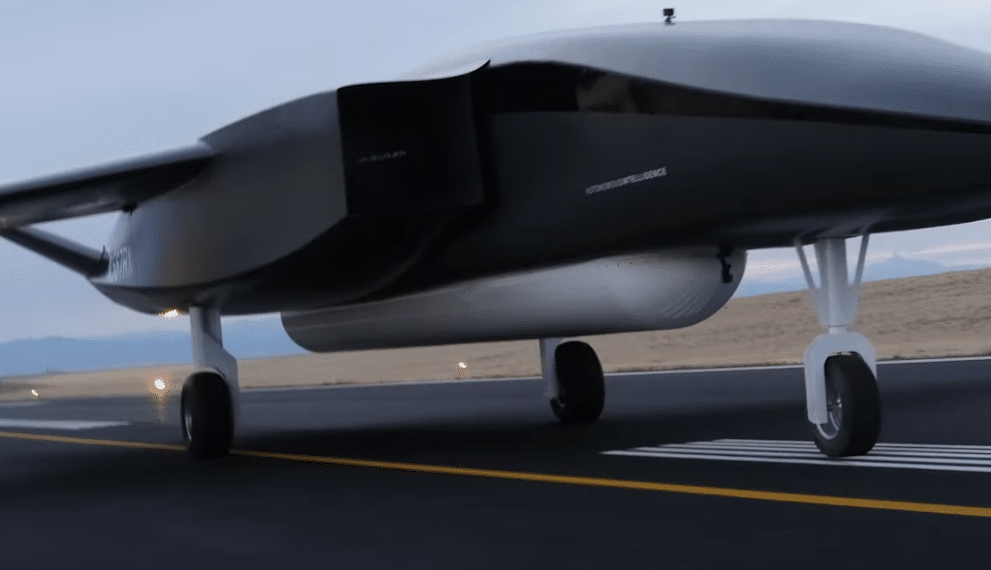 “From here, we can make the world a little better,” Skylus said this week. As one example of a use for these drones beyond military needs, the company says billions of people around the world do not have access to the Internet, and their children to not have access to digital resources common in America and other developed nations. “The technology and resources needed by those left behind by the digital divide already exist,” the company says on its website, “they just need to be delivered. Aevum can help overcome the high logistical cost of making basic technologies available with our logistics solution.”