On Monday, the Virginia Military Institute (VMI) removed a statue of Confederate Gen. Thomas “Stonewall” Jackson from its front barracks, following an October decision to relocate the statue off of the service academy’s campus.

In a Monday statement, VMI said the school had begun the process of relocating the statue of Jackson, who taught at the school. The statue will be moved to the Virginia Museum of the Civil War, located at the New Market Battlefield State Historical Park.

According to the Associated Press, VMI had resisted calls for the statue’s removal over the summer but reached the decision to remove the statue after VMI superintendent and retired Army Gen. J.H. Binford Peay III, resigned after a Washington Post report raised allegations of ongoing systemic racism at the college.

Addressing the statue removal, VMI interim superintendent, retired Army Maj. Gen. Cedric T. Wins said, “It is an understatement to say the relocation of the statue has evoked strong opinions on both sides of the issue. The history of VMI over the past 181 years is well documented. Stonewall Jackson’s ties to Lexington and the Institute as an instructor are part of that history. As a general during the American Civil War who prosecuted many successful engagements in the Shenandoah Valley, his story will continue to be told at this new location.”

Wins added, “VMI does not define itself by this statue and that is why this move is appropriate. We are defined by our unique system of education and the quality and character of the graduates the Institute produces. Our graduates embody the values of honor, respect, civility, self-discipline, and professionalism. This is how we will continue to be defined.” 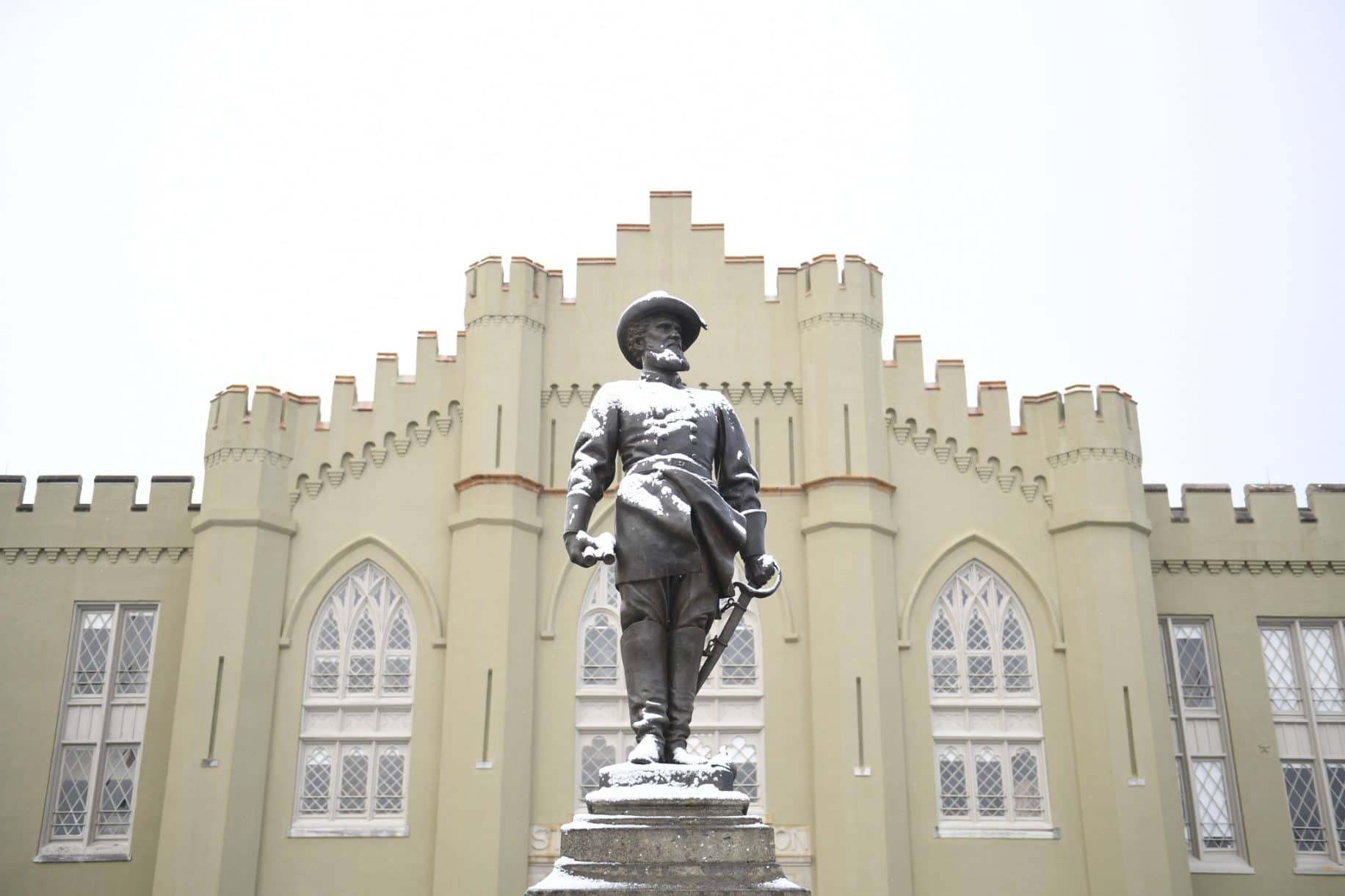 Statue of Thomas Jonathan “Stonewall” Jackson at the Virginia Military Institute prior to its removal. (VMI photo/Released)

Carolyn Worrell, whose late husband graduated from VMI in 1962 spoke to the Associated Press after learning of the statue’s removal. She was among those in attendance when it was taken down. The school had not publicly disclosed when the statue would be removed, but she told the AP she hurried over to the campus after she got word of the removal plans.

According to the AP, Worrell, who is white, said she did not feel the Post’s report accurately portrayed VMI, which her son also attended.

“It is the Democratic Party’s power quest that has caused this entire thing,” Worrell told the AP. “They are vilifying history. They are trying to do away with history.”

“Though Jackson did not fight in the Battle of New Market, the Luray Gap of the Massanutten Mountain, which can be seen from the battlefield, played a strategic role in concealing his army’s movements against Union troops,” Gibson said. “How fitting it is for the statue of Stonewall Jackson to look out over the Luray Gap which played such an important part of his Shenandoah Valley Campaign of 1862.”

The Stonewall Jackson statue was given to VMI by sculptor, Sir Moses Ezekiel in 1912. Ezekial was a graduate of the VMI Class of 1866 and was VMI’s first Jewish cadet. He was also a veteran of the Battle of New Market. 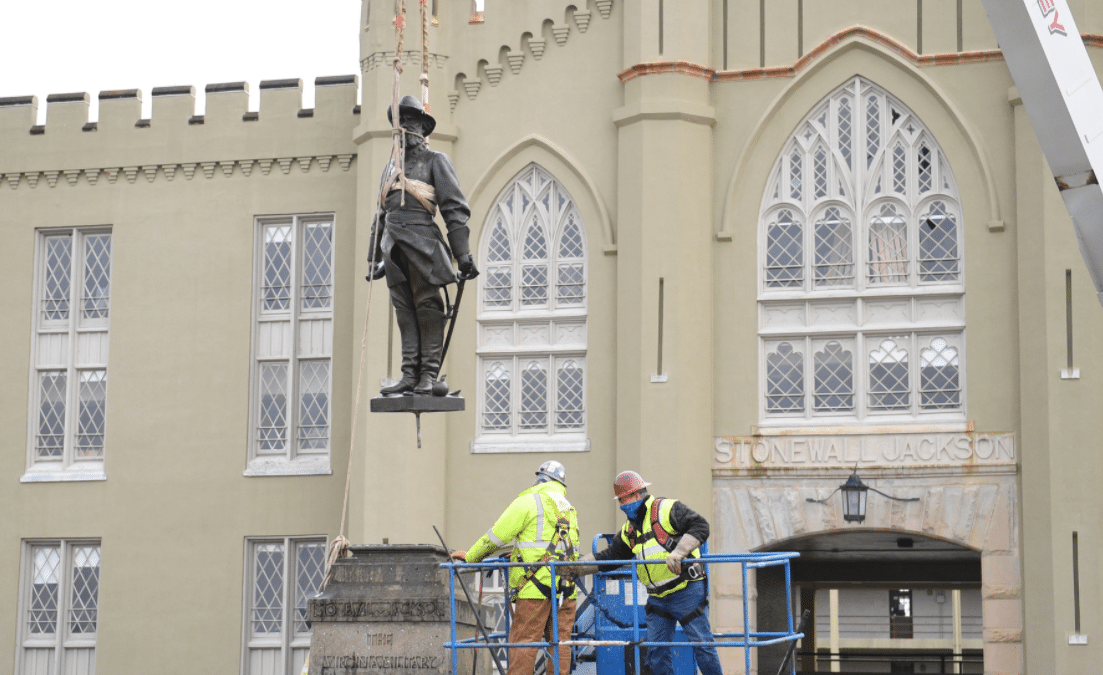 Following the statue’s removal, workers will spend several days repairing the statue’s pedestal before also removing it from the campus. The total cost of relocating the statue is $209,000 and will be paid out of VMI’s facility maintenance and operations account.

VMI operates the Virginia Museum of the Civil War (VMCW), where the statue is to be relocated. According to Virginia is For Lovers, which promotes tourism throughout the state, the VMCW focuses on the 1864 Battle of New Market, and emphasizes on the role VMI Cadets played in the battle.

VMI’s website states, “Our museum provides opportunities to reflect upon the Battle of New Market which raged just outside on May 15, 1864. Students from the Virginia Military Institute as young as 15 years old fought in the battle.”