Vaccine campaign begins as first shots are given in US

The first COVID-19 shots were administered by U.S. hospitals Monday, the initial step in a historic drive to immunize millions of people this week as the Pfizer Inc. vaccine is distributed nationwide.

In New York, an early epicenter of the U.S. crisis, critical-care nurse Sandra Lindsay received the first shot in that state at Long Island Jewish Medical Center in Queens. Gov. Andrew Cuomo joined the event via video from his office in Albany, thanking the nurse for her work throughout the pandemic.

The arrival of the Pfizer-BioNTech SE vaccine offers a glimmer of hope amid a pandemic that has already seen almost 300,000 Americans die. About 200,000 people are testing positive for the virus every day in the nation’s worst surge to-date. 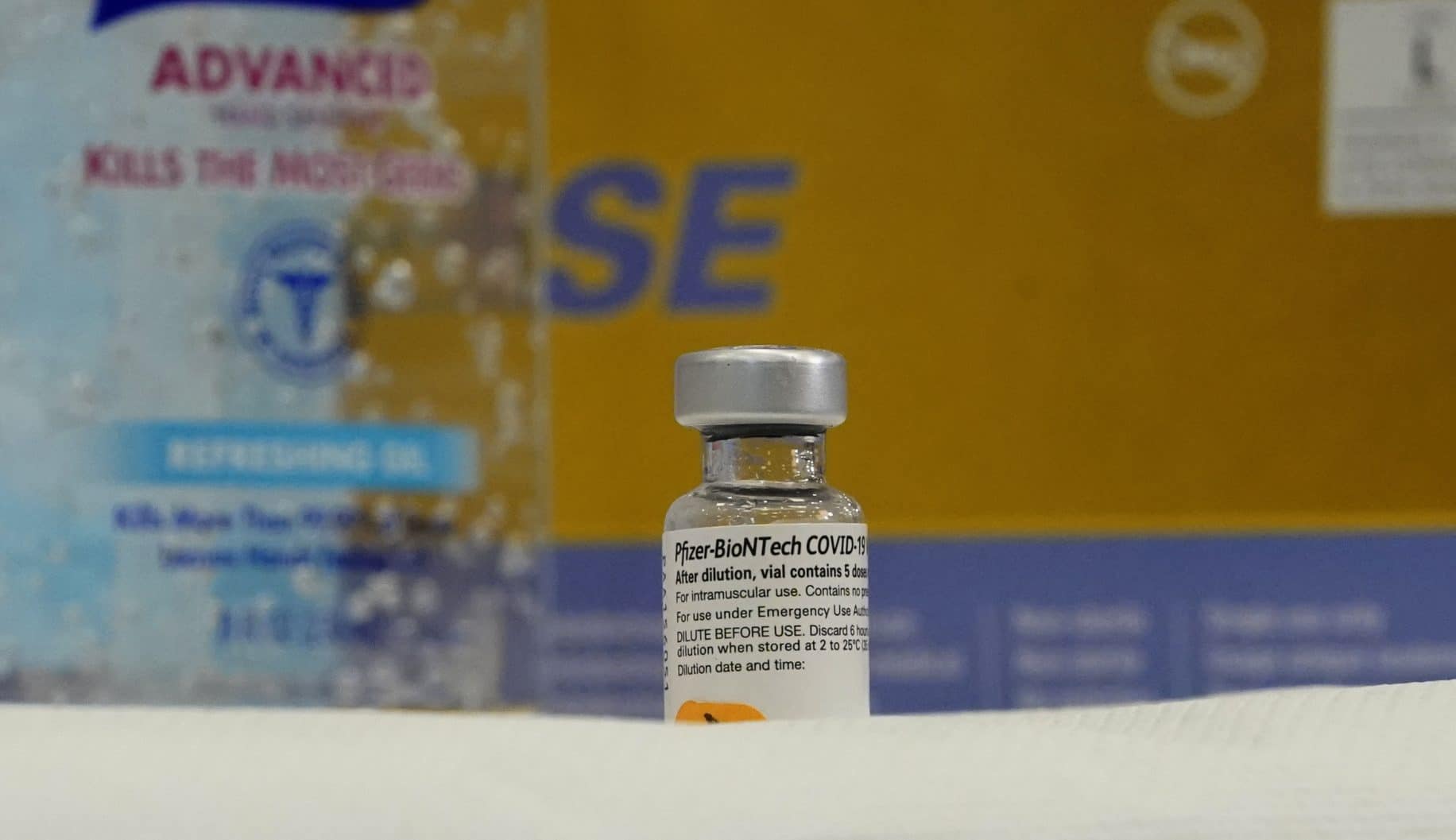 A vial of Pfizer and BioNTech’s long-anticipated Covid-19 vaccine. (Timothy A. Clary/AFP via Getty Images/TNS)

The government plans to distribute 2.9 million doses to U.S. states during the week ahead, with the Centers for Disease Control and Prevention recommended that the first shots go to health-care workers and those in long-term care facilities, including the nation’s hard-hit nursing homes.

“I believe this is the weapon that will win the war,” said Cuomo, who convened an advisory group to independently review the safety of COVID-19 vaccines.

New York isn’t alone in celebrating the arrival of the vaccine. In Fargo, North Dakota, the Sanford Medical Center received its shipment three hours earlier than expected on Monday, said spokeswoman Angela Dejene. The hospital plans to give its first shot in the afternoon.

CVS Health Corp. and Walgreens Boots Alliance Inc. are set to start vaccinating residents of nursing homes and assisted-living facilities on Dec. 21, using the Pfizer-BioNTech vaccine. They are partnering with the federal government in the effort.

The CDC plans to document receipt and integrity of the vaccines as they are delivered, according to Kristen Nordlund, a spokeswoman for the agency. “In addition,” she added, “these visits will allow the government to gather important information on the early shipments so we can continually improve the process.” 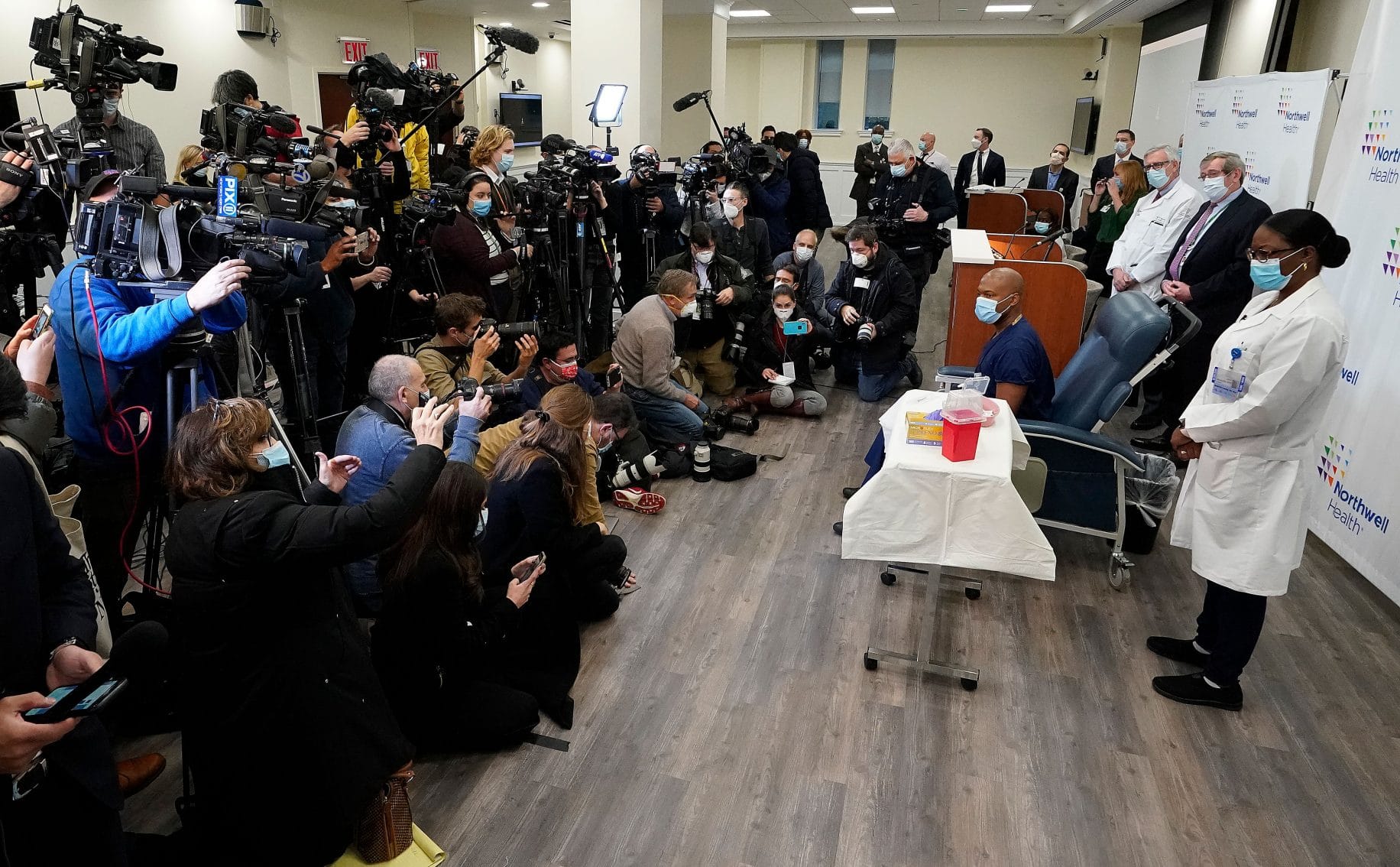 The rollout of the Pfizer and BioNTech vaccine, the first to be approved by the Food and Drug Administration. (Timothy A. Clary/AFP via Getty Images/TNS)

Operation Warp Speed, the federal initiative created to develop and distribute COVID-19 vaccines, plans weekly shipments as supplies increase. Another shot, from Moderna Inc., could be made available as soon as the end of this week. Food and Drug Administration advisers are set to review the company’s application on Thursday.

Operation Warp Speed officials have said 20 million Americans could receive the first shot of the two-course vaccines by the end of the year.