Pics: The first pets of America – From Kennedy horses to Obama’s dogs

President-elect Joe Biden will be bringing with him the first shelter dog to White House come January, news which has lifted the spirits of all dog-loving Americans, maybe even across party lines.

Pets have always been a bipartisan topic and it started trending again on Monday after news of Biden injuring his foot while playing with his dog Major surfaced online.

Here are some other pets who spent time at the White House:

Obama in his 2008 victory speech kept his word to his daughters by giving them the pet he had promised if his campaign won. “I love you both more than you can imagine. You have earned the puppy that is coming with us!” Obama jokingly announced to an exuberant crowd at Chicago’s Grant Park. Four years later, after he won his re-election bid, the Obamas welcomed another canine to the White House. Michelle Obama in her eponymous podcast has also talked about living vicariously through her daughters as pets were not allowed in her childhood home. 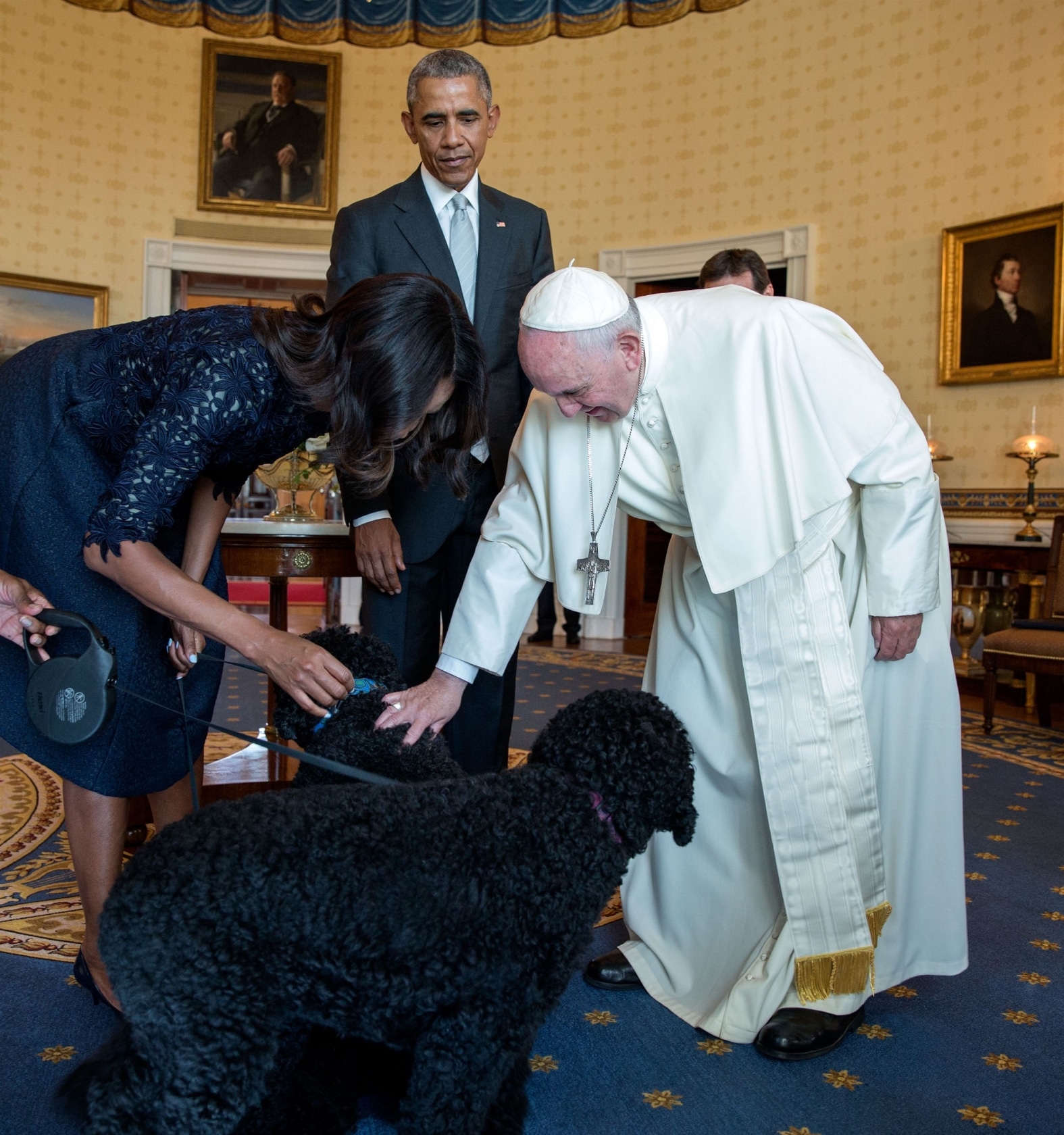 According to the presidential pet museum archives, President George Bush and First lady Laura Bush adopted India sometime in late 1991. Bush owned the Texas Rangers baseball team and their beloved black cat was named after Texas Rangers player Rubén Sierra, who was dubbed as ‘El Indio’. The name created quite the furore in Kerala in 2004, where protestors burned an effigy of the President over his choice of name. India passed away just two weeks before the Obamas were scheduled to move into the White House. 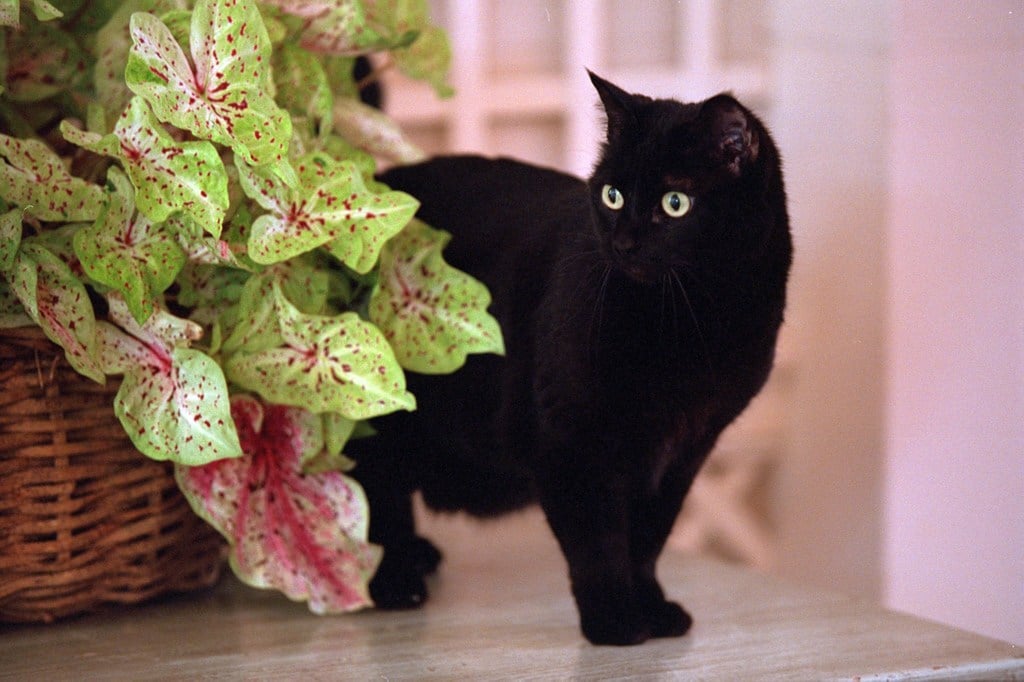 Bush senior loved pets just as much as his son. The former president’s dog Ranger was known at the White House for having the best puppy dog eyes that showed up when begging for treats. Ranger was much loved by the White House staff and had to be put on a weight loss program. Bush Senior sent out a memo to his staff asking them to refrain from feeding Ranger. In the letter, the late president wrote that all offices should take a “formal pledge”. “WE AGREE NOT TO FEED RANGER. WE WILL NOT GIVE HIM ANY BISCUITS. WE WILL NOT GIVE HIM FOOD OF ANY KIND,” the pledge read. Ranger was also given his own escort to help him stick to his weight reduction program. 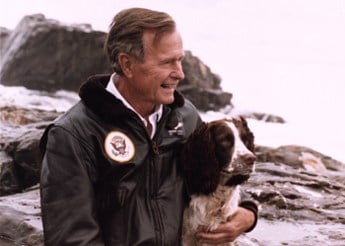 President Bush with his Springer Spaniel, Ranger, on the rocks outside their home on Walker’s Point, Kennebunkport, ME, Aug. 10, 1991. (George Bush Presidential Library and Museum/Released)

The Kennedy family had a rather unusual collection of pets. Jacqueline Kennedy was an equestrian and she loved riding on the White House grounds. John F Kennedy’s daughter Caroline had her own pony Macaroni, and according to the John F Kennedy Presidential Library and Museum, the president of Pakistan gifted Kennedy a horse named Sardar sometime in 1962. 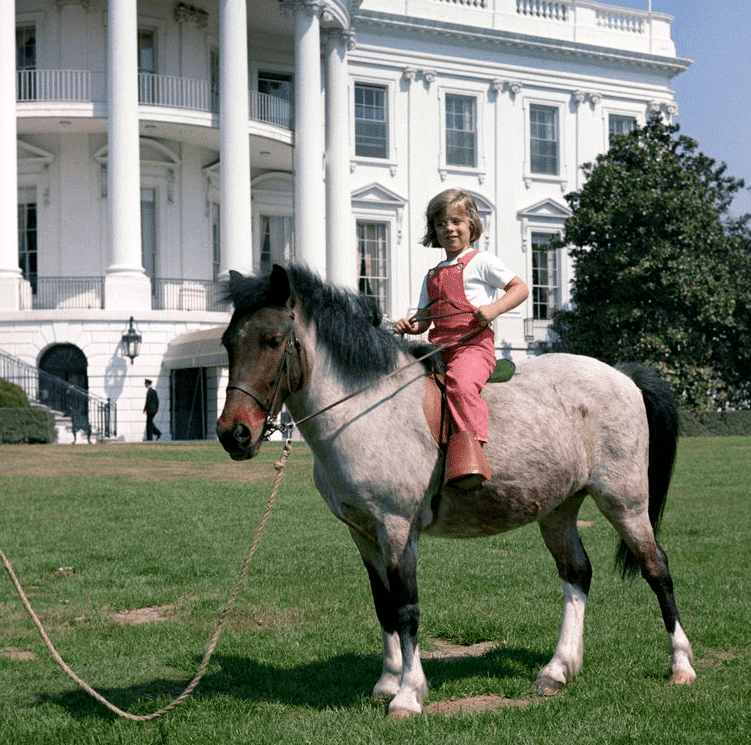