On Thursday the newest U.S. military branch, the U.S. Space Force, debuted its first service coins to the first seven members to directly enlist in the new service. 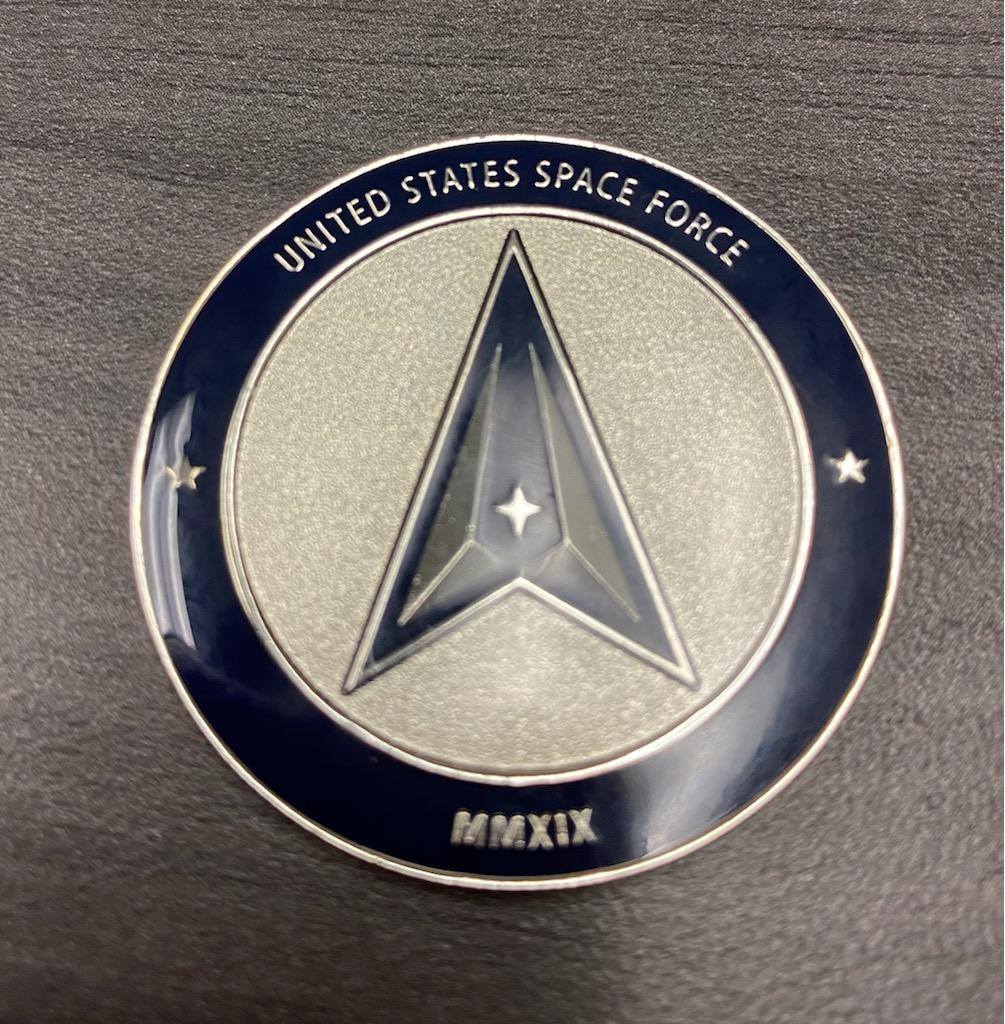 The Space Force shared two photos of the new service coins in a Facebook post on Thursday. 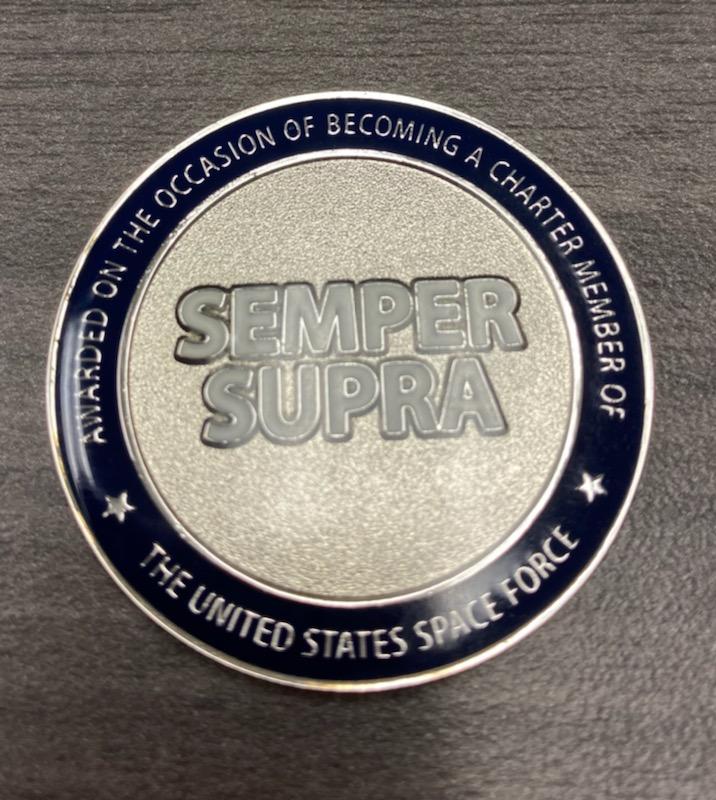 In a Thursday press release, the Space Force announced its first seven service members, five men and two women, had graduated from their seven and a half-week basic training. The new space force members were among 414 recruits at Joint Base San Antonio-Lackland, Texas.

The seven charter Space Force enlisted members, and thus the recipients of the Space Force coins, are:

Air Force Secretary Barbara M. Barrett was the featured speaker at the graduation ceremony. Barrett spoke to the recruits on joining a heritage of integrity, service and excellence. During her speech, Barrett called upon the example of retired Air Force Lt. Gen. Susan Helms, as an example of those ideals. During her career, Helms flew more than 30 different types of U.S. aircraft as an Air Force test pilot and served 12 years as an astronaut.

“General Helms was the first U.S. military woman in space. She still holds the world record for the longest spacewalk – eight hours and 56 minutes,” Barrett said. She added that Helms, in particular, represents the caliber of talent the Space Force is recruiting,” Barrett said. “So, it is fitting that we celebrate the historic milestone of graduating the first seven trainees to the United States Space Force.”

Chief of Space Operations Gen. John W. “Jay” Raymond also spoke at the graduation and said it was one of particular significance as the first to send seven “of our nation’s finest directly into the new United States Space Force.”

Addressing the seven new Space Force members, Raymond said “I need you to be bold. You will help us build this service from the ground up. You will help us define our warfighting culture. You will build the Space Force as the first digital service. You will lay the foundation of a service that is innovative and can go fast in order to stay ahead of a significant and growing threat, and you, if deterrence fails, will fight and win the battle for space superiority which is so vital to our nation, our allies and our joint and coalition forces.”

Raymond also administered the oath of enlistment for the new Space Force graduates.

“The Air Force develops the best enlisted force in history, and we proudly and confidently secure our efforts on that foundation,” Towberman said. “We are proud our trainees know they’re part of the Space Force from day one, and we added a bit of Space flavor to the curriculum toward that end. Over the next year, we’ll continue to improve their experience based on their feedback and in partnership with [Air Education and training Command].”