Al Kaiserman has spent most of his life helping others, first as a combat medic during World War II, and later as a high school principal in New York City.

Kaiserman, who turned 100 Thursday, and his wife of 72 years, Mickey, sat outside their home as a lengthy procession of fire-rescue, police, military and civilian vehicles drove by with horns honking and sirens blaring. 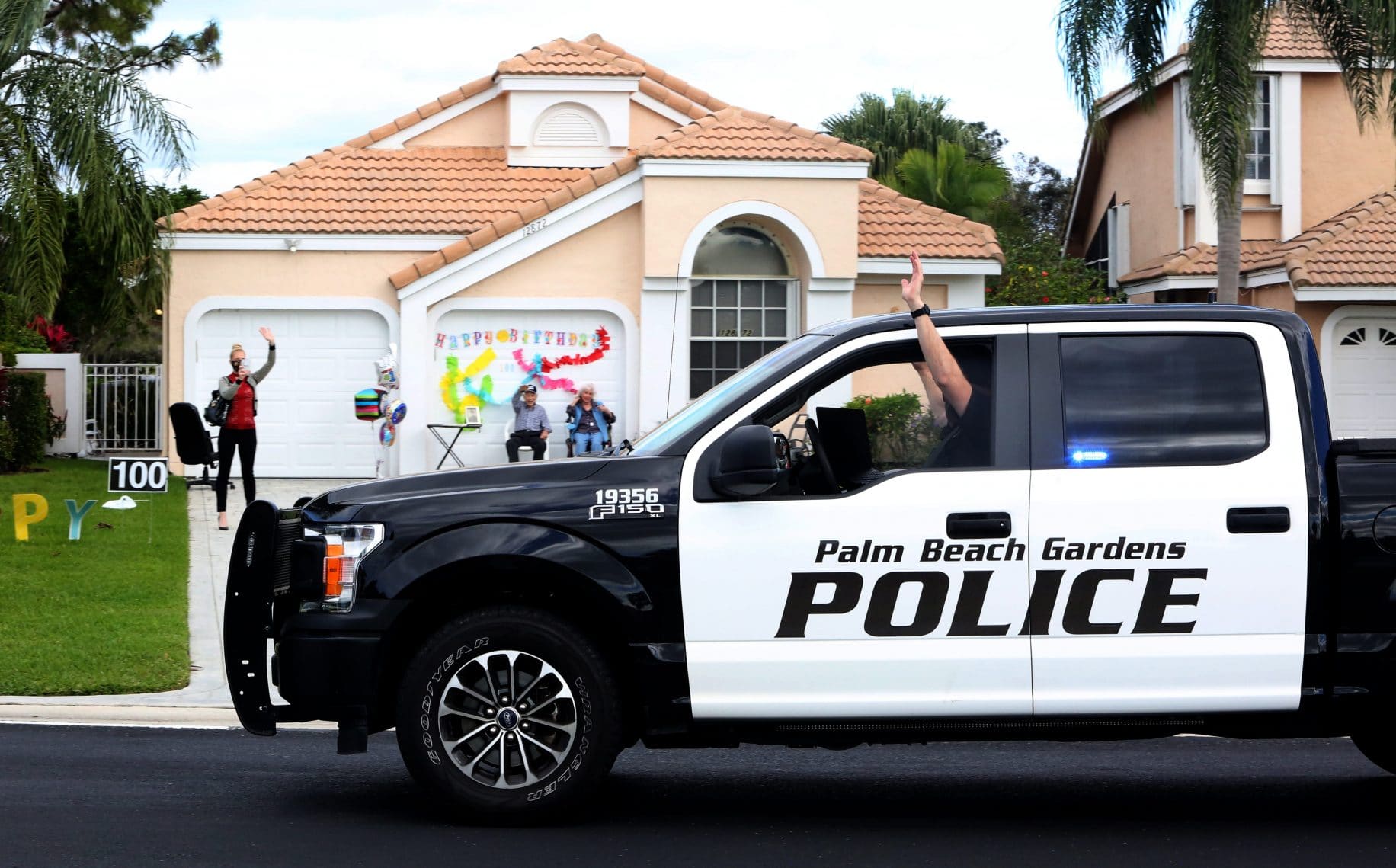 The celebration was a surprise to Kaiserman, who moved to Palm Beach Gardens 30 years ago after retiring as a longtime teacher, assistant principal and principal at public schools in Harlem.

Though Mickey, 91, was in on the plans, Kaiserman had no idea what was in store until he was led outside and saw the first fire truck drive by.

He and Mickey then sat on chairs in their driveway as the procession made its way past. their home. 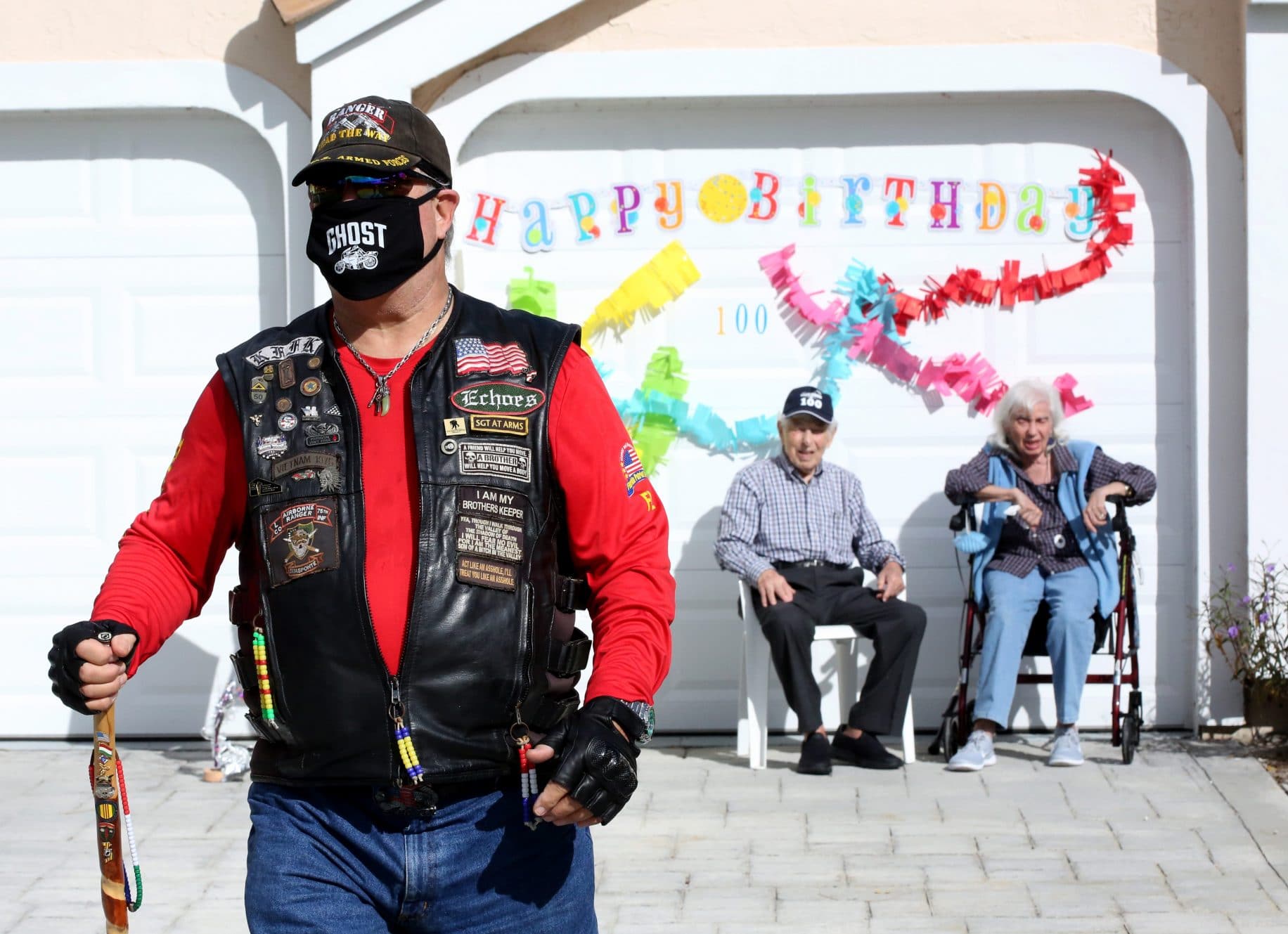 “He took it like he was a celebrity,” said Corey Freundel, Kaiserman’s nephew.

Thursday’s birthday parade featured a convoy of vehicles from local law-enforcement and fire-rescue agencies as well as military vehicles driven by area veterans.

Prior to his academic career, Kaiserman served for five years as a combat medic in Italy during World War II. He enlisted in the U.S. Army at age 21. 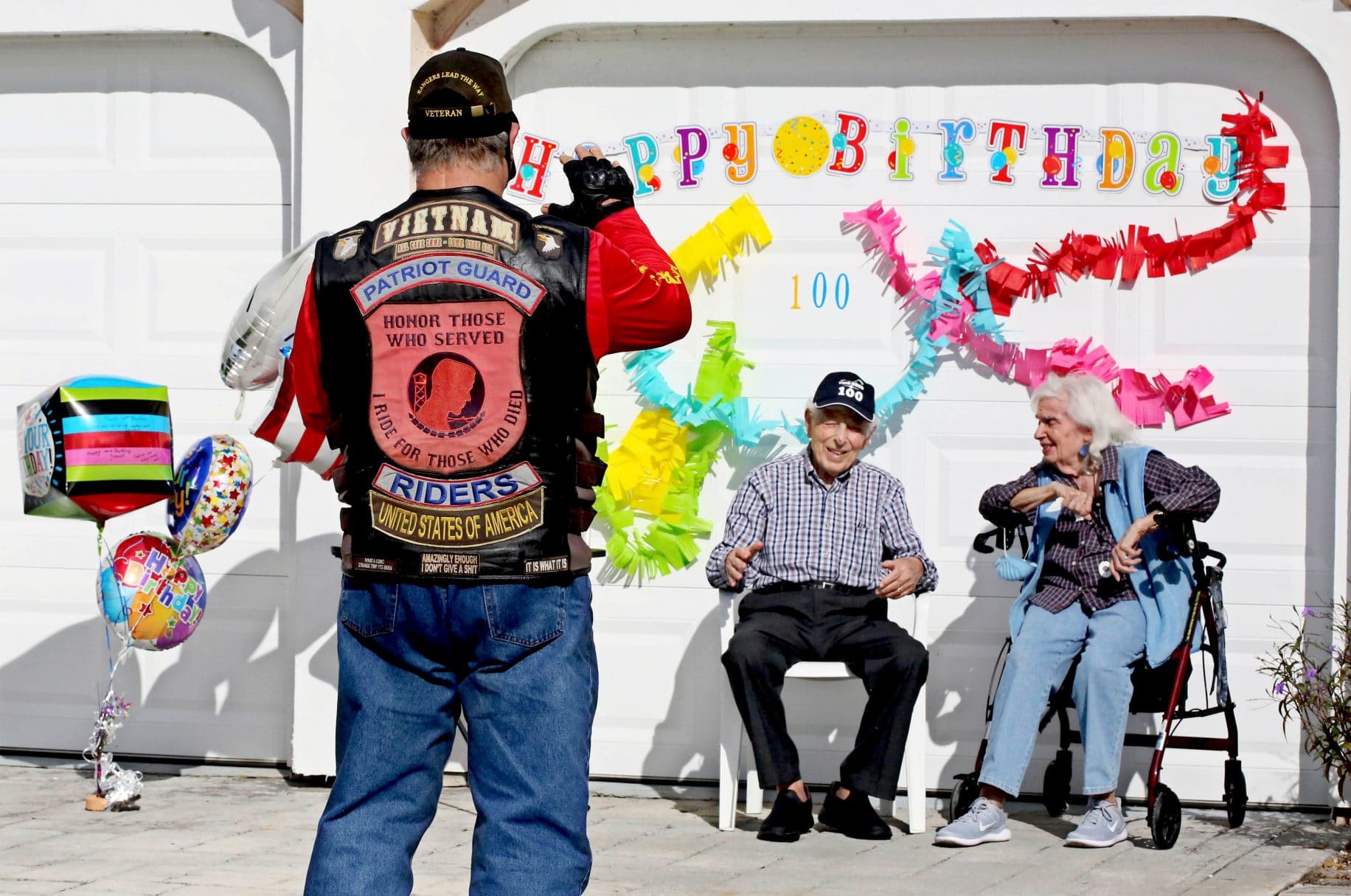 According to U.S. Department of Veterans Affairs statistics, about 300,000 of the 16 million Americans who served in World War II are still alive.

“Age is just a number,” said Kaiserman, who is a father, grandfather and great-grandfather. “I am grateful I was able to fight during World War II, and I’m so proud to be an American. I am so thankful to be a husband of 72 years with a wonderful family.” 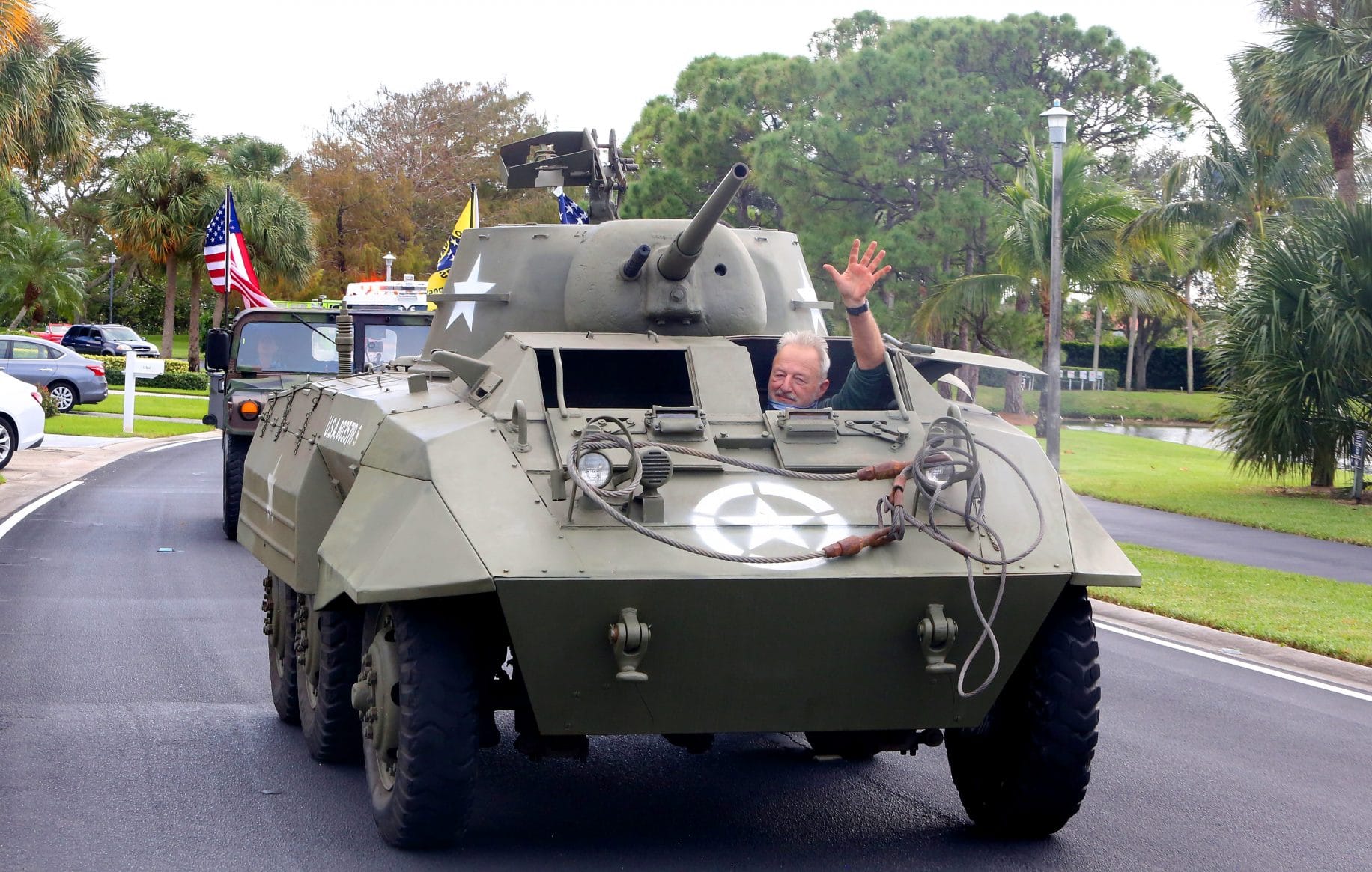 Family members who were able to attend Thursday’s birthday parade amid the novel coronavirus pandemic were thrilled to celebrate a man who so freely gave to others throughout his life, Freundel said.

“He’s an incredible individual,” Freundel said. “He’s very giving. He was a teacher and a principal. He’s always been very active, and he still tries to fix things around the house by himself.”

Freundel said he and others continue to marvel at the full head of hair that Kaiserman sports at the age of 100. 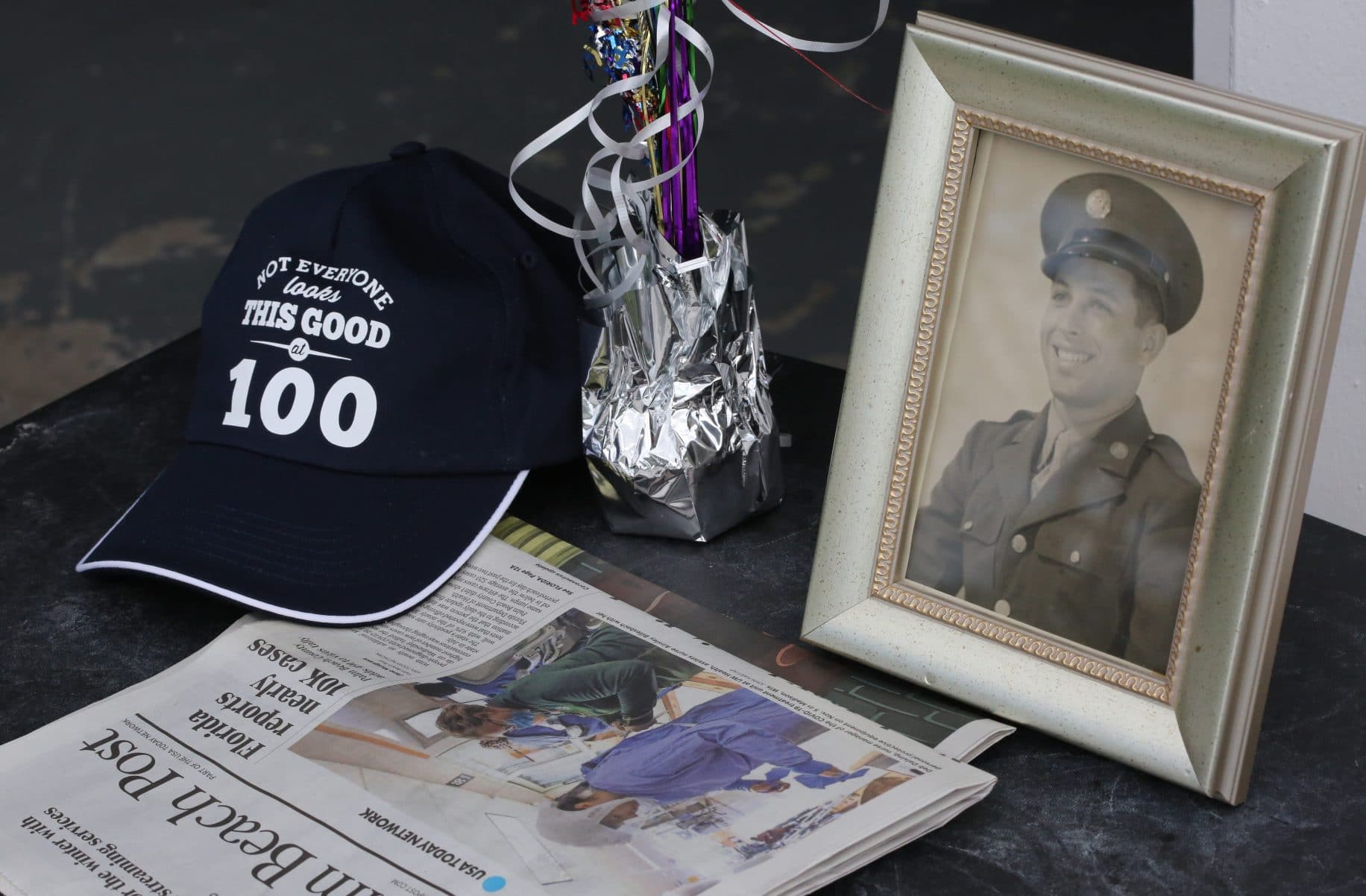 “One of his relatives gave him a hat that says, ‘Nobody looks this good at 100,’ ” Freundel said. “And he does. He’s just a good-looking guy, and a sweet man. His longevity is incredible.”

A second birthday celebration over Zoom was scheduled for Thursday night.