In his 2000 book “Rosa Parks,” Douglas Brinkley shares the late civil rights hero’s impression of her time spent on Maxwell Air force Base at the Field Guest House where she worked in 1941.

“You might just say Maxwell opened my eyes up,” Parks said. “It was an alternative to the ugly policies of Jim Crow” she experienced outside of its fortified walls. “When I left the base, I had to ride home on a segregated bus.”

Although the base wouldn’t be fully integrated until after 1948 following President Harry Truman’s executive order, its public spaces and trolley system were not segregated. The experience gave Parks a glimpse of what a more civilized life could look like, unencumbered by the indignities of forced segregation on public transit. 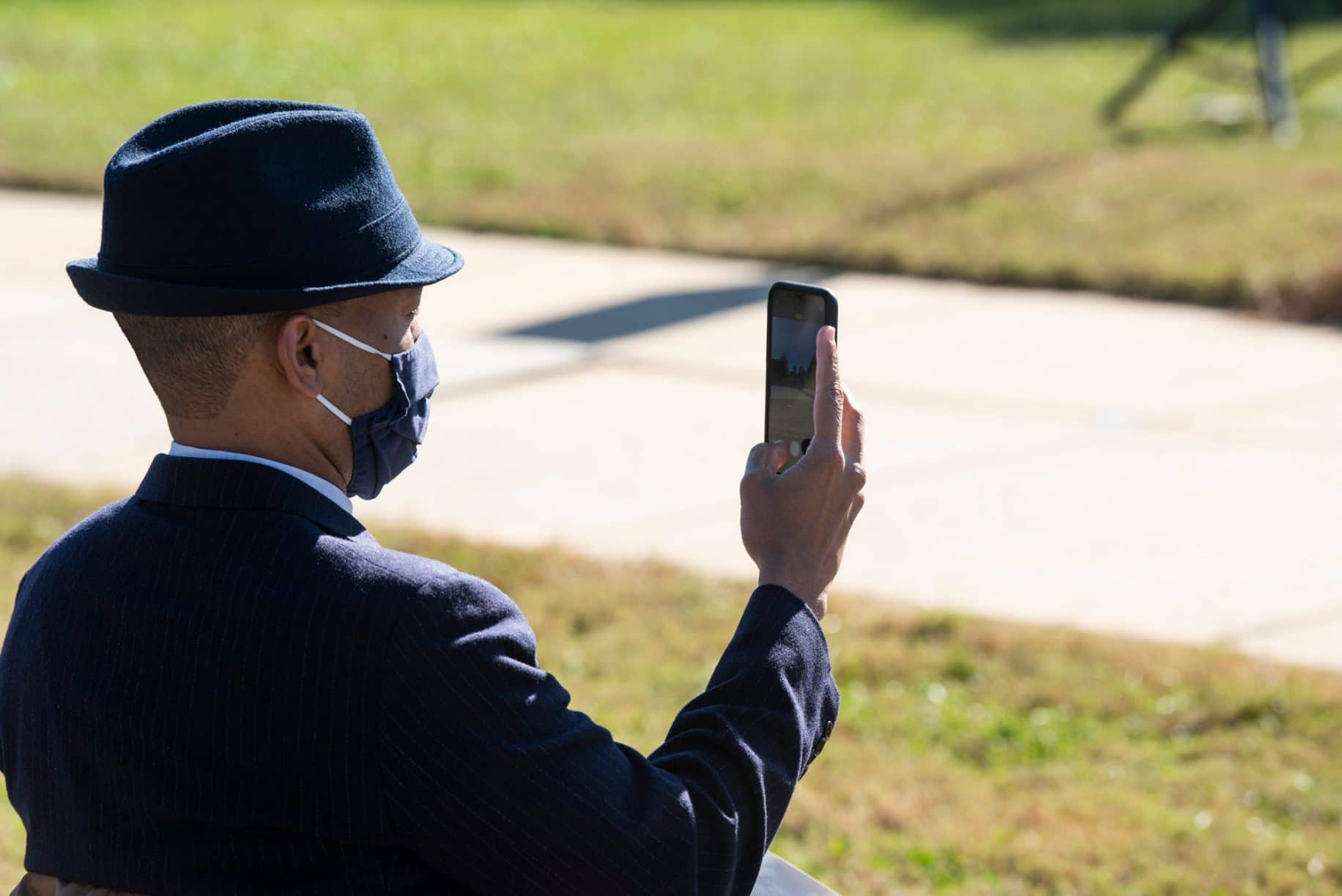 On Dec. 1, 1955 Parks refused to cede her seat to white man on a Montgomery city bus and changed the course of history. This December, on the 65th anniversary of her brave stand, Maxwell honored Parks with a memorial to her courage, determination and civilian service.

Made from powder-coated steel, the lines and cut-out shapes combine to form an image of Parks’s face and was intentionally erected in an open field that meets a crosswalk where children typically cross daily when school is in session. Mayor Steven Reed, Air Force Secretary Barbara Barrett and Equal Justice Initiative Director Bryan Stevenson were in attendance and spoke to Parks’ inspiring legacy. 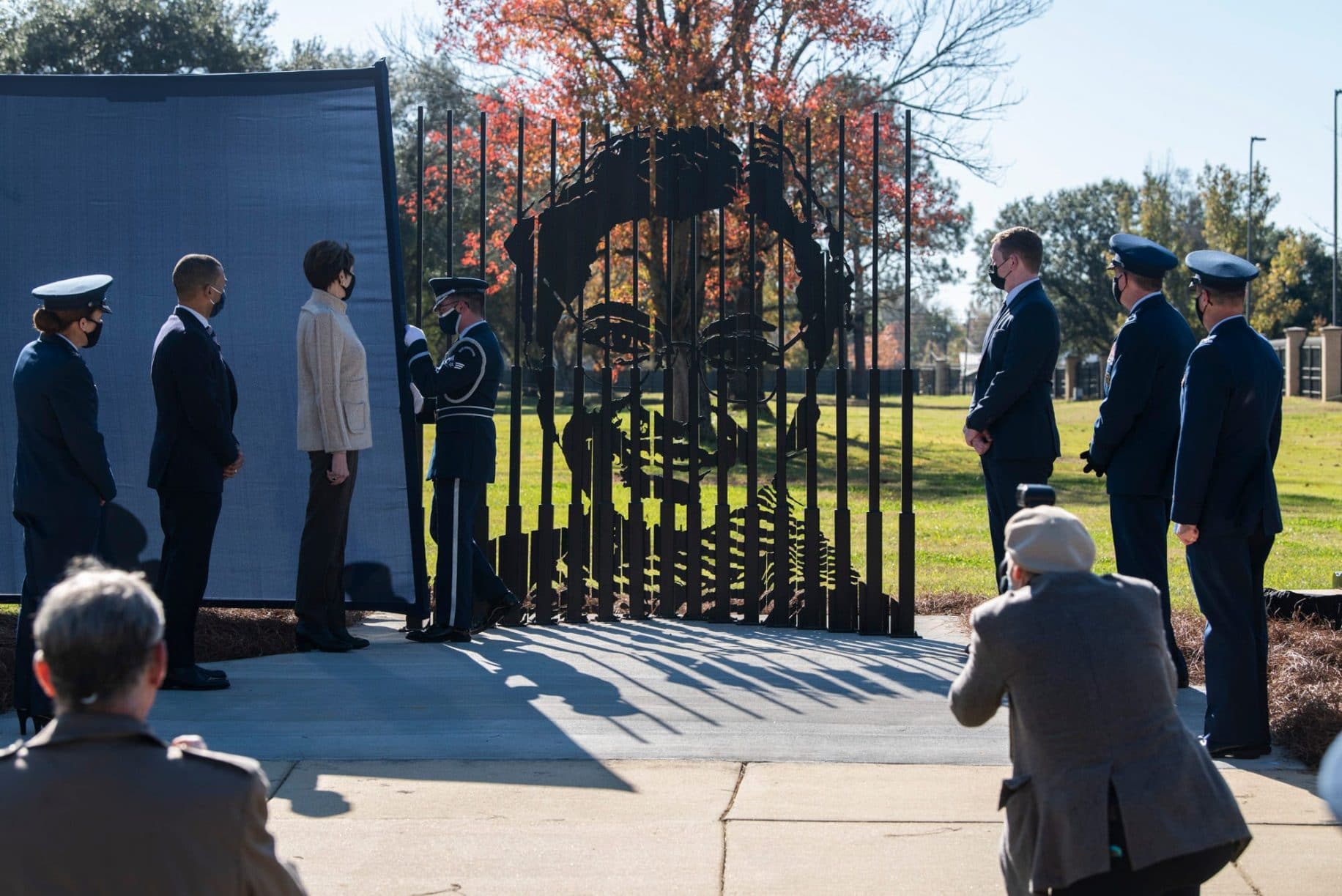 “It is so fitting that there is a memorial … honoring Rosa Parks on a United States military base because Mrs. Parks was a fighter. She was a soldier. She took seriously the values that this country was based on. She took seriously the words in our Constitution that talked about liberty and justice for all and because she believed them dearly, she was willing to risk her life fighting for those values,” said Stevenson, who serves as the base’s inclusion adviser.

Mayor Reed and Maxwell Commander Col. Eries Mentzer announced a partnership with the goal of building stronger ties between the base and the greater community that will run 382 days — the full span of the Montgomery Bus Boycott. 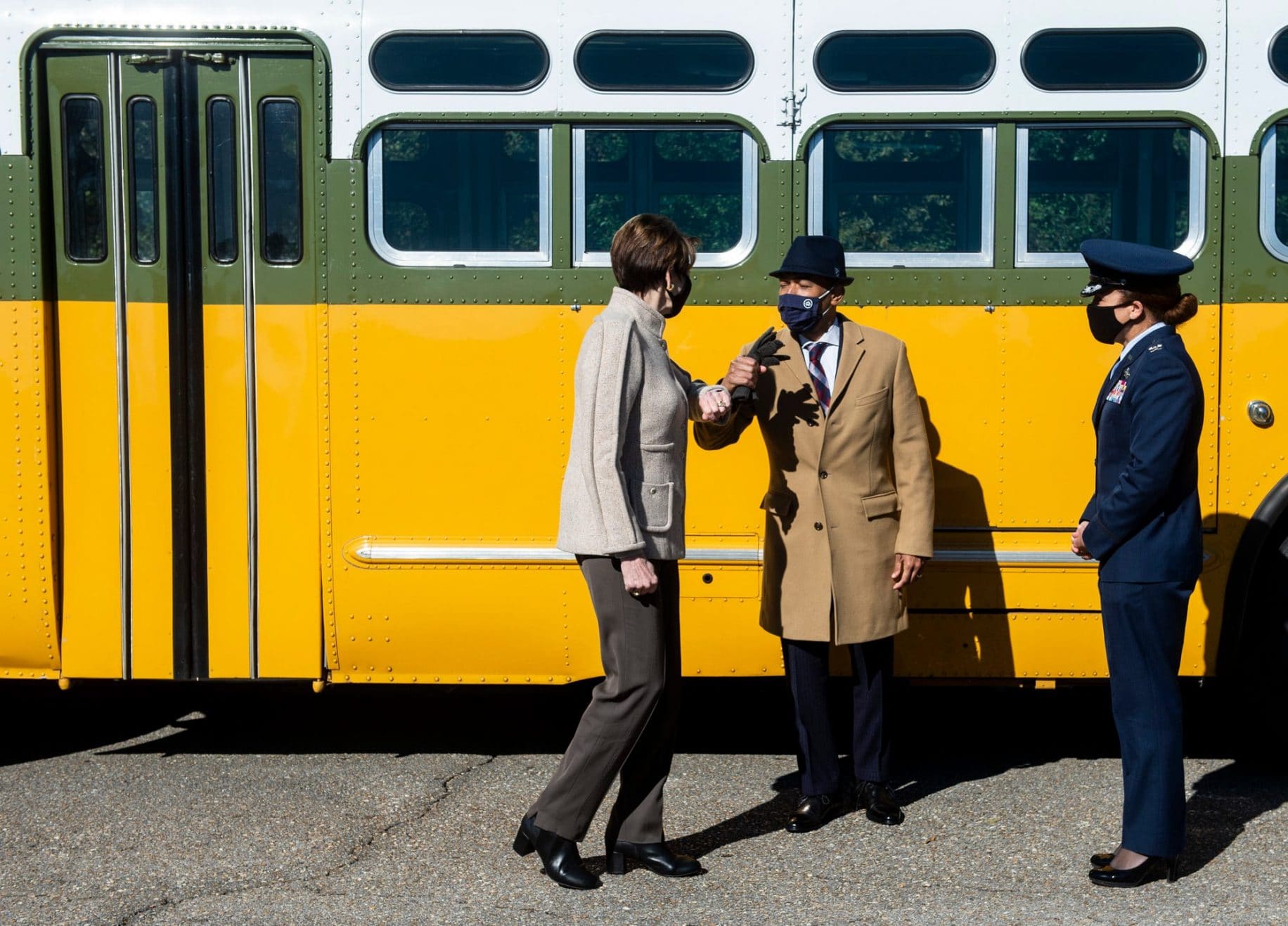 The two described the initiative as a series of conversations and collaborative events that allow residents to become more familiar with what’s happening on base, as well as foster a more inclusive environment for military members.

“Just like Ms. Rosa Parks first served here and went on to do great things in the city, our airmen are sprinkled throughout Montgomery, throughout Prattville, throughout Elmore and Autauga County and they bring experiences from all over the world to Montgomery. And there’s a lot we can learn from the men and women of Montgomery,” said Mentzer. 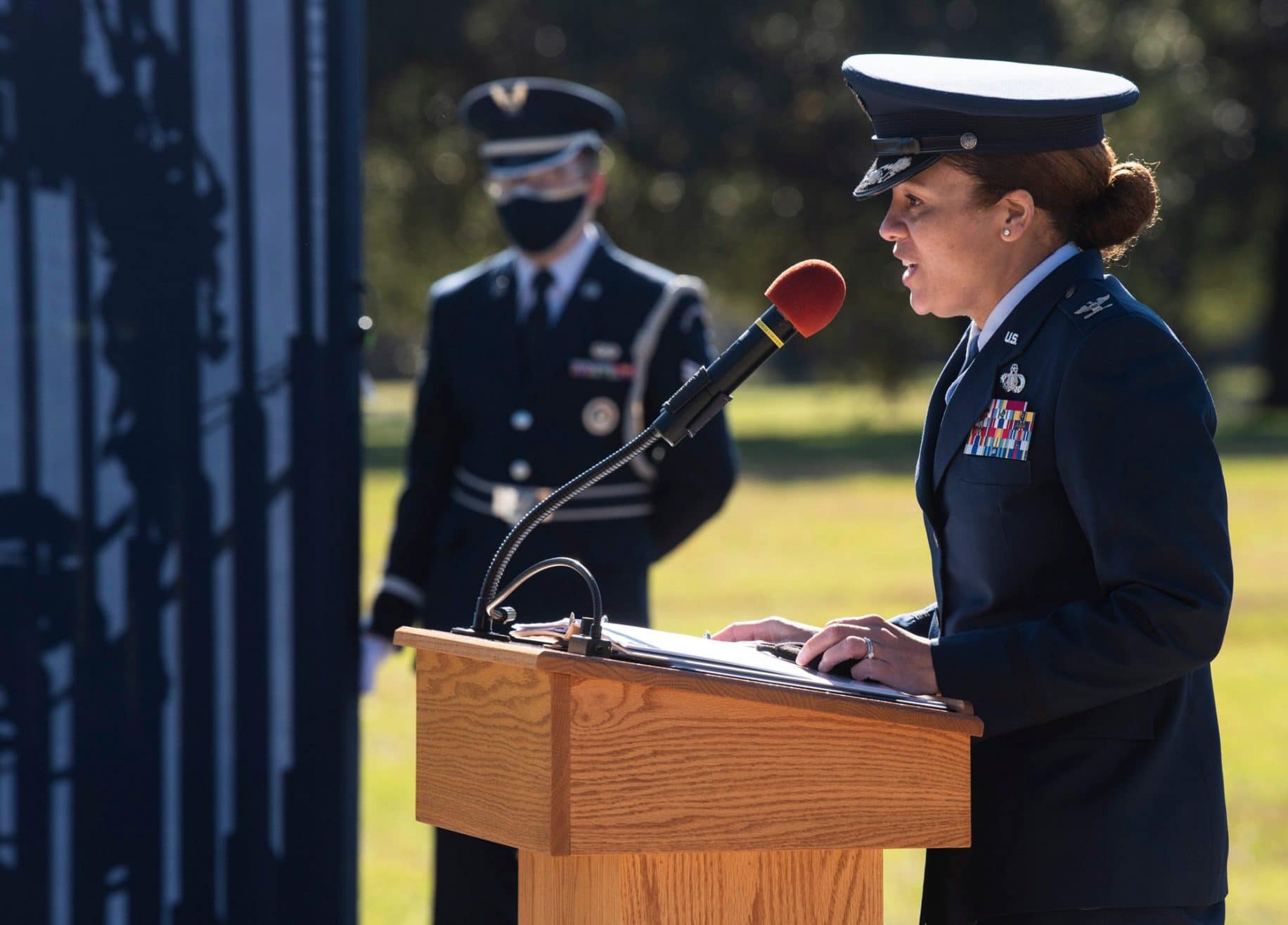 Working together we can figure out how we can create the most inclusive environment where people can rise to their best.”

The city continues to celebrate the 65th anniversary of the Montgomery Bus Boycott with a week of commemorative events that include free museum admissions, virtual presentations and a historical scavenger hunt.