U.S. sanctions prohibit designated terrorist organizations, such as the IRGC, from registering domains in the U.S. A DOJ affidavit states, “Each of the domains was fraudulently registered because each is being used by or on behalf of the IRGC and this critical information was omitted from the registration if any of the U.S. service providers had known that the domains were to be used by or on behalf of the IRGC, they would not have been able to provide the domain name registration services due to U.S. sanctions.”

Each seized domain now has a domain seizure notice. 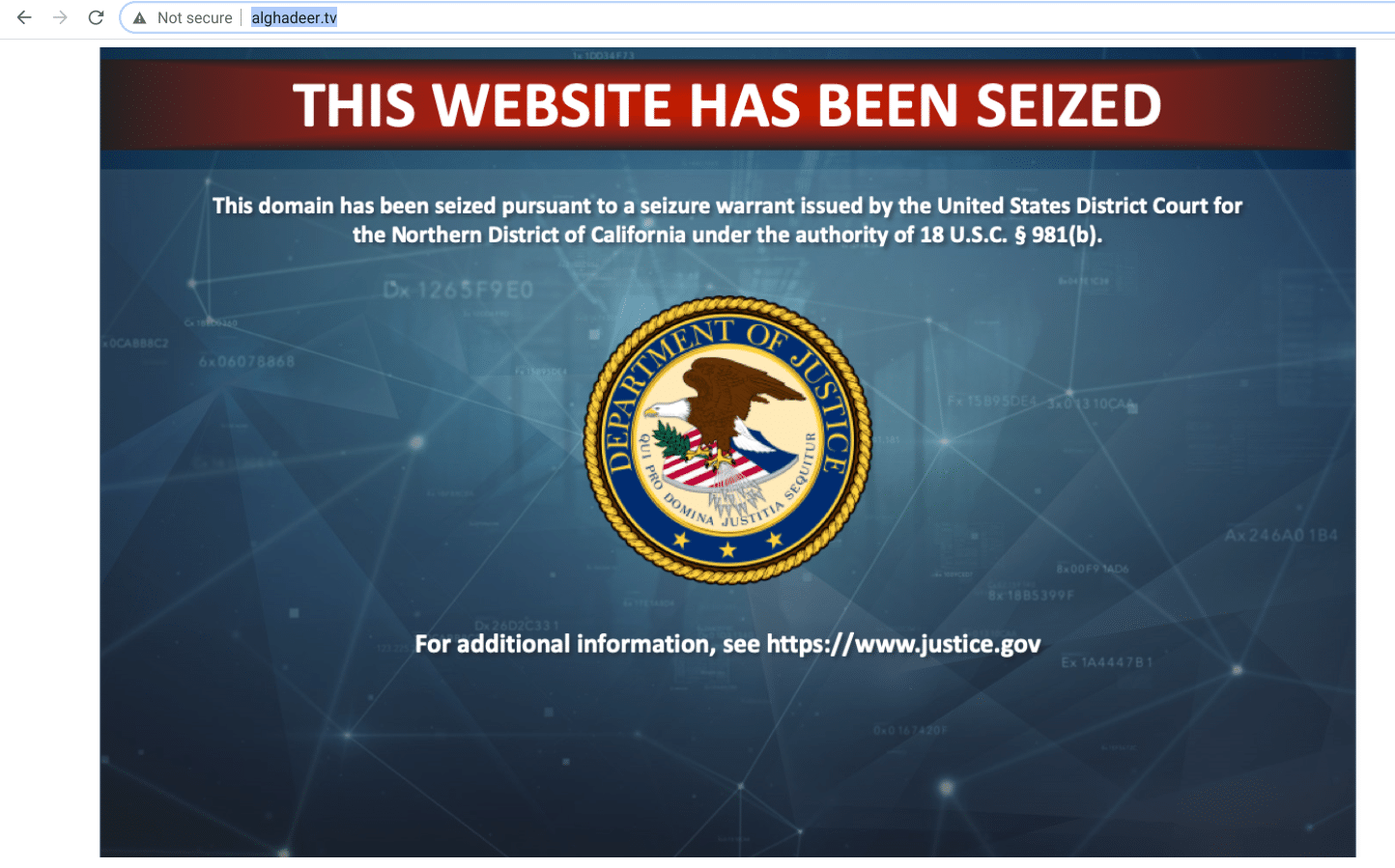 One of the websites seized by the DOJ was for Al-Ghadeer TV, a website operated by the Iraqi Shia political and militant group known as the Badr Organization. The Badr Organization has ties to the IRGC and its leader, Hadi al Amiri was present when demonstrators attacked the U.S. Embassy in Baghdad, Iraq last year.

Before the domain seizure, an archived and translated version of the Al-Ghadeer TV website showed it acted as a news site and actively posted content. 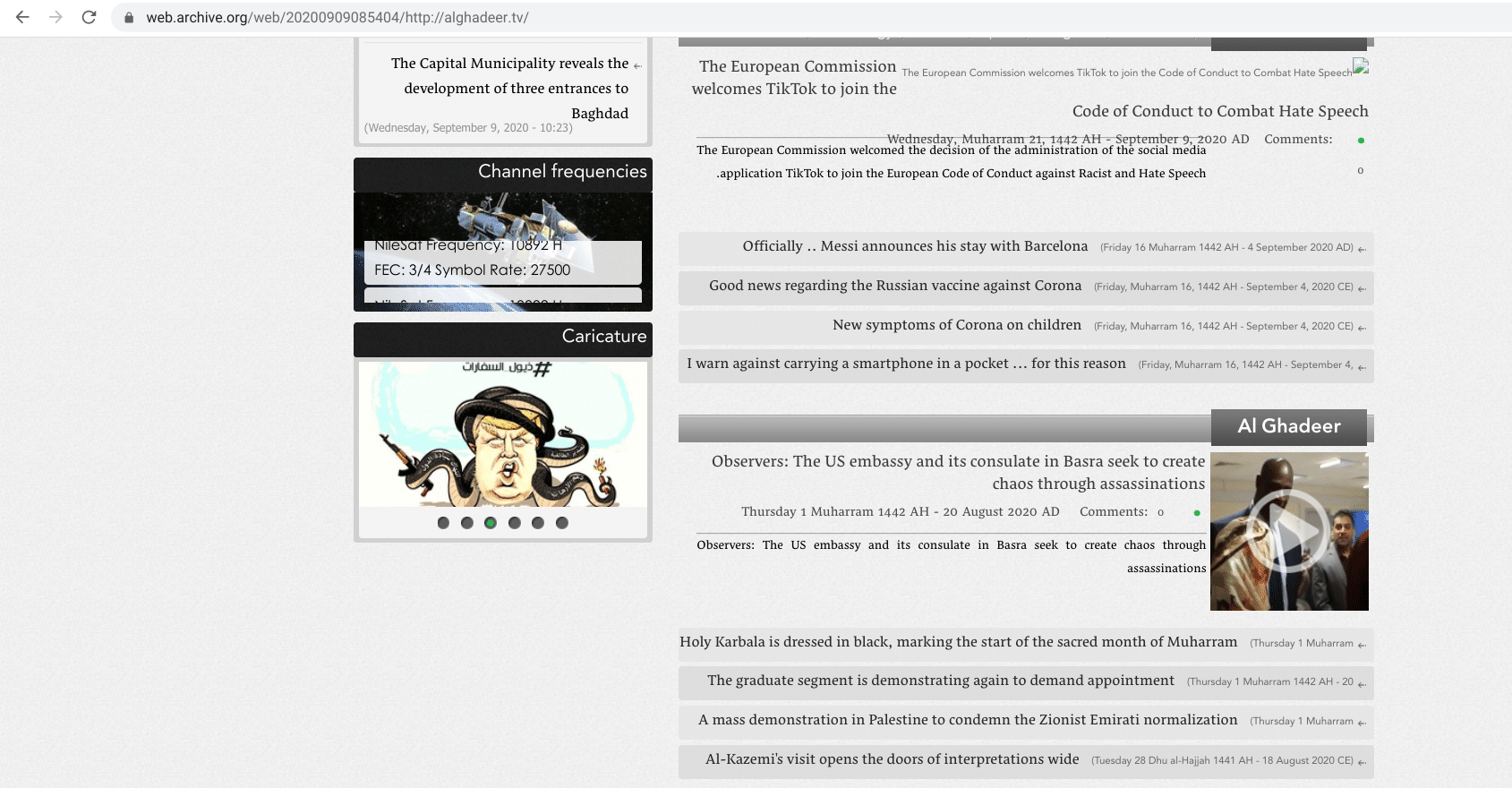 According to the Justice Department’s affidavit on the domain seizures, Al-Ghadeer TV shared anti-U.S. and anti-Israel content, as well as pro-Iranian sentiments, including opposition to U.S. sanctions against Iran.

“Within the last month we have announced seizures of Iran’s weapons, fuel, and covert influence infrastructure,” Assistant Attorney General for National Security John C. Demers said in a statement accompanying the announcement of the seized websites.  “As long as Iran’s leaders are trying to destabilize the world through the state-sponsorship of terrorism and the taking of hostages, we will continue to enforce U.S. sanctions and take other legal steps to counter them.”

According to the affidavit, the International Union of Virtual Media (IUVM) is another organization that the DOJ said “laundered” Iranian state media content by removing stripping identifiers of the content’s Iranian affiliation to lend added credibility to less discerning readers and consumers of its content.

An archived copy of the IUVM-affiliated website, iuvmpixel.com, shows some of the content it posted before the DOJ seized its domain. 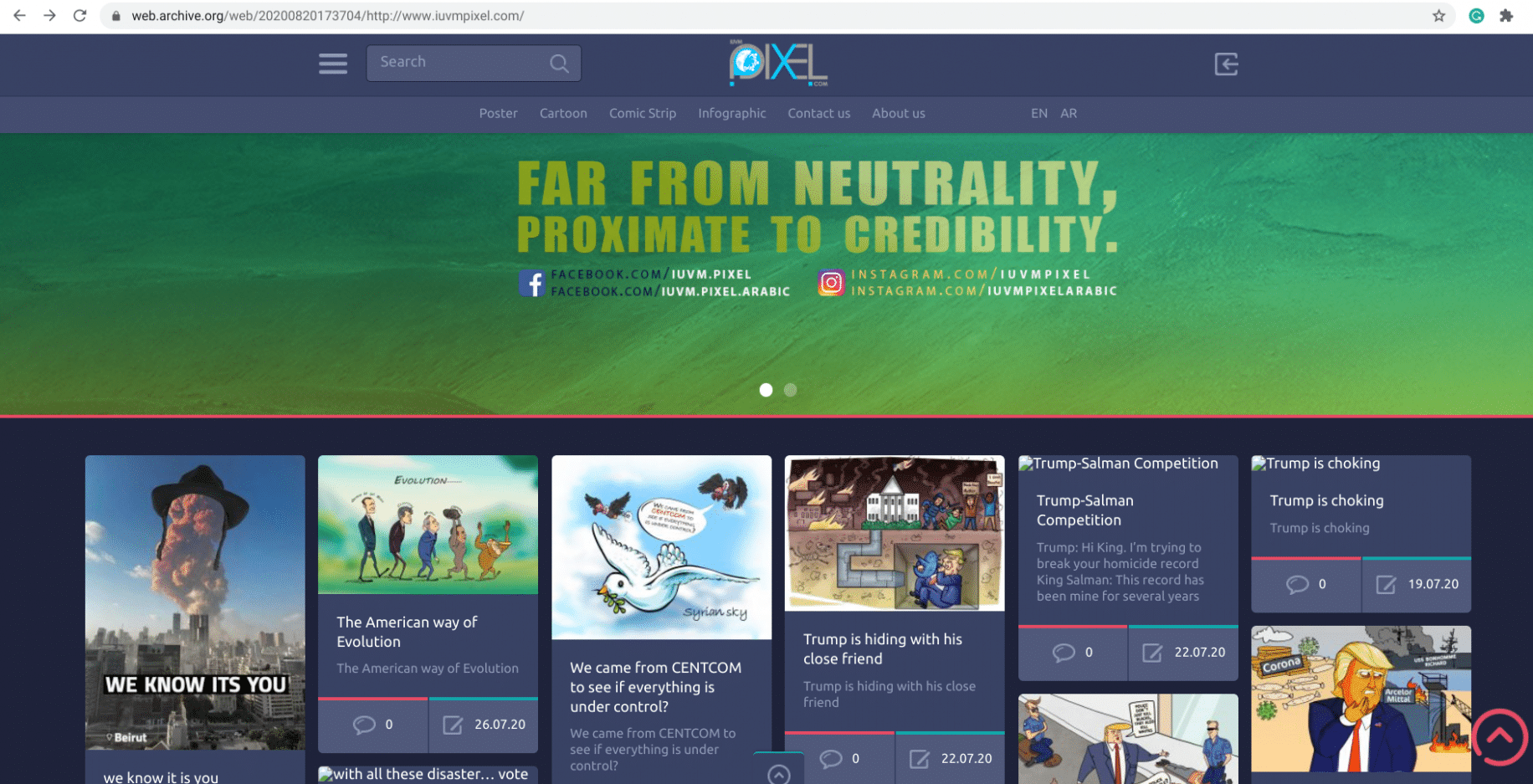 “The FBI is aggressively investigating any evidence of foreign influence and the unlawful spread of disinformation by hostile nations.  Today, we seized 27 additional domains that Iran’s IRGC was illegally using in attempt to manipulate public opinion in other countries, including the United States,” FBI Special Agent in Charge Craig D. Fair said of the domain seizures. “Thanks to our ongoing collaboration with Google, Facebook, and Twitter, the FBI was able to disrupt this Iranian propaganda campaign and we will continue to pursue any attempts by foreign actors to spread disinformation in our country.”