Capt. Brett DeVries, an A-10 Thunderbolt II pilot of the 107th Fighter Squadron from Selfridge Air National Guard Base, poses next to the aircraft he safely landed after a malfunction forced him to make an emergency landing. (U.S. Air National Guard/Released)
November 17, 2020 Defense Visual Information Distribution Service
Share
Tweet
Flip

This article was originally published by the Defense Visual Information Distribution Service.

The 25th Secretary of the Air Force, the Honorable Barbara M. Barrett, awarded Maj. Brett DeVries, a pilot with the 107th Fighter Squadron, the Distinguished Flying Cross during a ceremony here today, for extraordinary achievement while participating in aerial flight.

“The Distinguished Flying Cross is America’s oldest military aviation decoration,” Barrett said. “Awarded for heroism or extraordinary achievement that is, ‘entirely distinctive, involving operations that are not routine,’ today, Major DeVries, you will join the ranks of some other American heroes.” 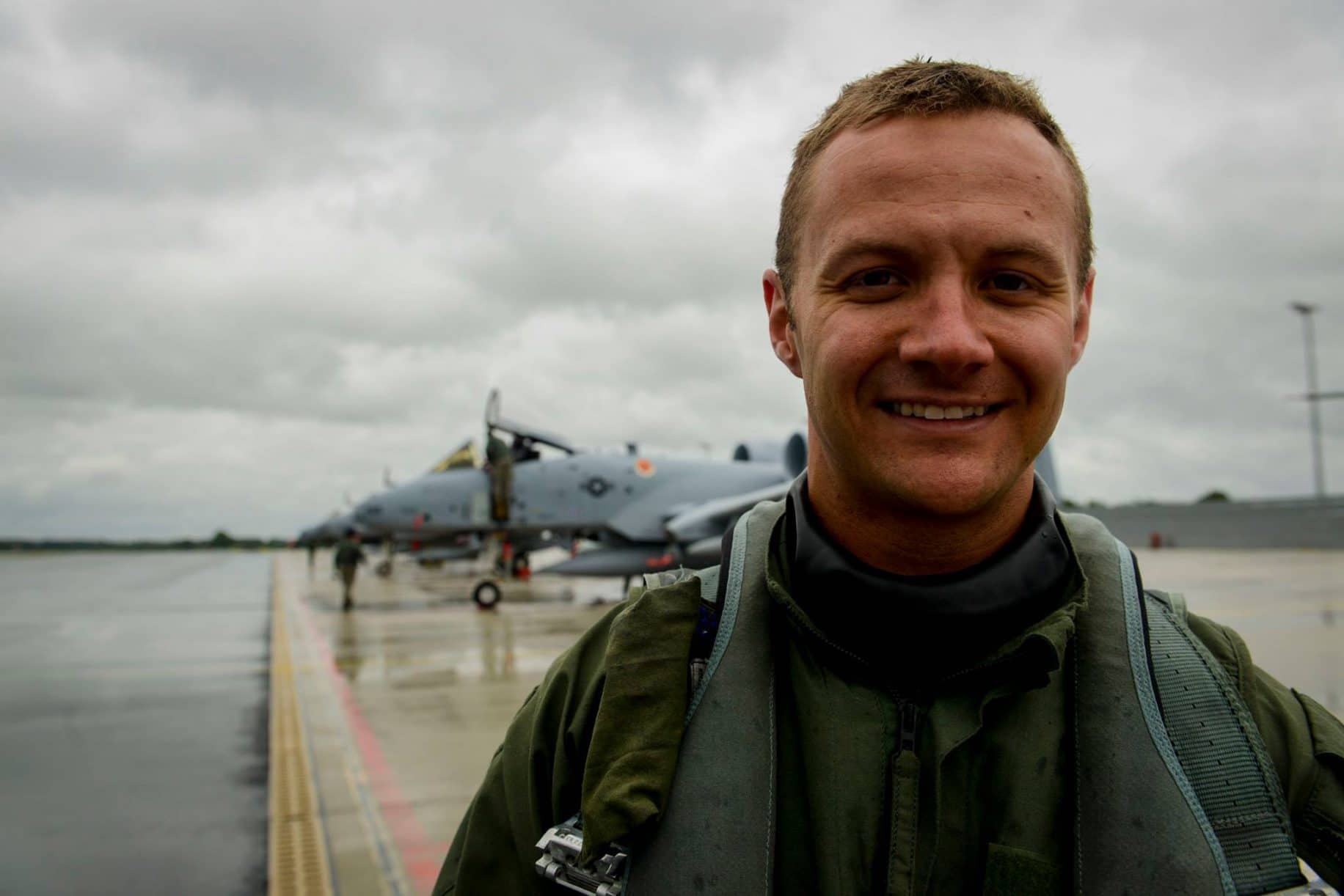 The training flight narrowly avoided catastrophe on July 20, 2017, when DeVries successfully landed his A-10 Thunderbolt II with neither a canopy nor fully-engaged landing gear

. “Major DeVries truly put service before self and demonstrated a level of Airmanship to which we should all aspire,” Brig. Gen. Rolf E. Mammen, commander of the 127th Wing, said during the ceremony.

The first award of the Distinguished Flying Cross was made to ten Army Air Corps aviators for participation in the Army Pan American Flight, officially awarded May 2, 1927. The first presentation of the award was on June 11, 1927, when President Calvin Coolidge honored Charles Lindbergh for his first transatlantic solo flight.

While DeVries was flying the A-10 during the emergency, he relied heavily on his wingman, then-Maj. Shannon Vickers, and the maintenance team back at Selfridge. Mammen said DeVries had the entire Wing standing behind him.

“As a commander, I cannot tell you how proud I am of Major DeVries and our entire 127th Wing, who work so hard every day to ensure that we are ready to fly, fight and win,” Mammen said.

Most of Alaska's women veterans don't use VA services. A new project aims to fix that.

Fauci hopeful on COVID vaccine by spring, will be biggest vax effort in U.S. history