South Florida is forecast to get more rain from the outer bands of Tropical Storm Eta, which made landfall early Thursday near Cedar Key on Florida’s Gulf Coast, with some parts of the Miami-Fort Lauderdale-West Palm Beach metro area looking at the possibility of more than 2 feet of rain in total from Eta, which has been drenching the area for the past several days.

“Eta will produce an additional 1 to 3 inches of rain across portions of the Florida Peninsula through today, with isolated maximum storm total accumulations of 20 to 25 inches in South Florida,” said the National Hurricane Center’s 1 p.m. Thursday public advisory on Eta.

According to the National Weather Service Miami-South Florida forecast office, Broward County, northeastern Miami-Dade County and southeastern Palm Beach County were all under a flood advisory which was in effect until 2 p.m. Eastern time. 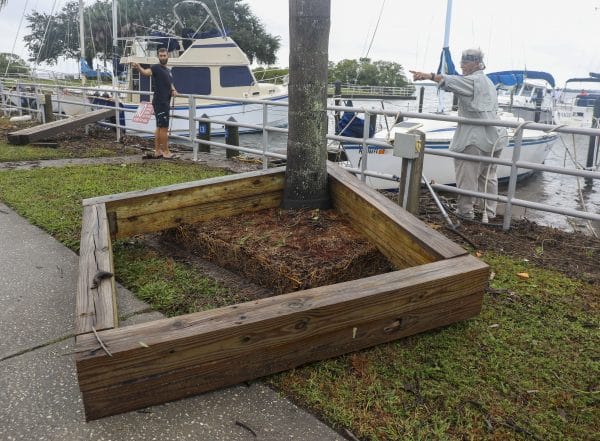 “A Flood Advisory means river or stream flows are elevated, or ponding of water in urban or other areas is occurring or is imminent,” the National Weather Service said in the advisory, issued just before 11 a.m. Thursday.

Much of South Florida was also under a flood watch until Thursday evening. A flood watch means flooding is possible.

An additional 1 to 2 inches of rain was expected to fall on South Florida today, adding to the epic rain amounts seen in South Florida since Eta’s approach to Florida on the weekend.

Eta came ashore at around 4:20 a.m. with winds of 50 mph and moving at 13 mph, according to the National Hurricane Center. Eta’s tropical-storm-force winds stretch out over 115 miles. Gusts of more than 40 mph were reported in St. Augustine and Jacksonville Thursday morning. 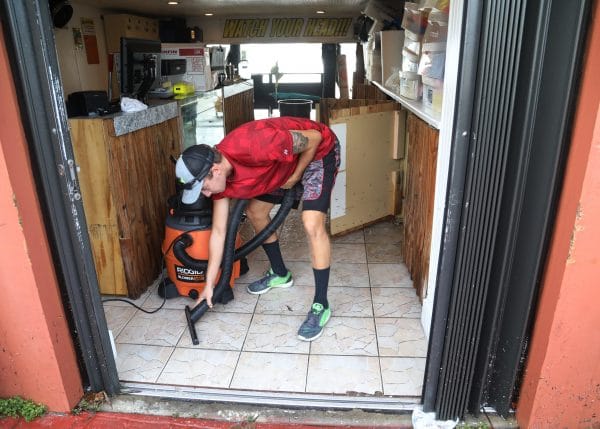 An additional 1 to 3 inches of rain is expected across portions of the Florida Peninsula through today, bringing South Florida’s isolated total rain accumulation from Eta in the range of 20 to 25 inches, experts said.

Forecasters said that a flooding is still a risk in the region. Fort Lauderdale is under a flood watch until 7 p.m., along with southern Palm Beach County and pockets of Miami.

Eta is expected to speed up and move parallel to the U.S. East Coast, so it’s possible that areas from Daytona Beach to Georgia could see tropical storm conditions over the next 30 hours or so.

All tropical storm warnings that had been in effect were dropped with the hurricane center’s 1 p.m. Thursday advisory.

Eta has the potential for a dangerous storm surge of up to 4 feet that could occur anywhere from the middle of Longboat Key to Suwannee River, including Tampa Bay, forecasters said. The area is under a storm surge warning. 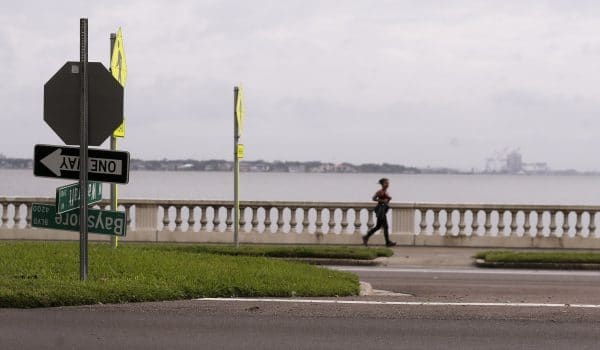 “So far, peak storm surge inundation of 2.5 to 3 feet above normally dry ground has been measured by gauges in Tampa Bay, just under 2 feet in Cedar Key, and between 2.3 and 2.75 feet in southwest Florida from Naples to Fort Myers,” according to The Weather Channel.

Storm-shredding wind shear and dry air are expected to cause Eta to rapidly weaken.

Eta was 40 miles north-northeast of Jacksonville, moving at a fast clip of 15 mph, as of 1 p.m. Thursday. Its maximum sustained winds had dropped from 45 mph to 40 mph.

By late Friday, a weakened Eta is expected to be out over the mid-Atlantic. 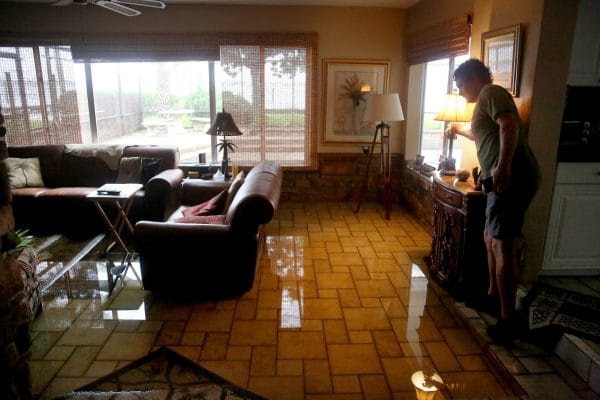 Thursday’s landfall is Eta’s fourth, having come ashore in the Florida Keys late Sunday, in Cuba early Sunday, and in Nicaragua on Nov. 4 as a Category 4 hurricane. 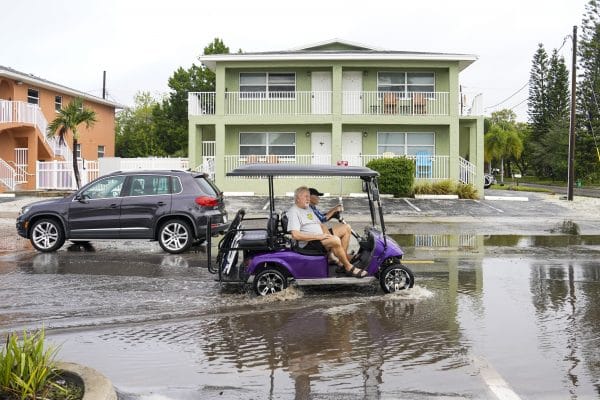 South Florida spent the better part of Wednesday under a variety of warnings and watches, including severe weather advisories and tornado warnings in Broward and Palm Beach counties.

There’s also a possible area of disturbance, Invest 98L, in the southwest Caribbean near where Eta formed. It has a 90% chance — up from 80% earlier Thursday — of developing into a tropical depression in the next 48 hours, according to forecasters — but it’s not expected to move northward and threaten the U.S.

“At least through this week and this weekend,” Witt said Wednesday, “we expect it to remain down in the Caribbean and move west. 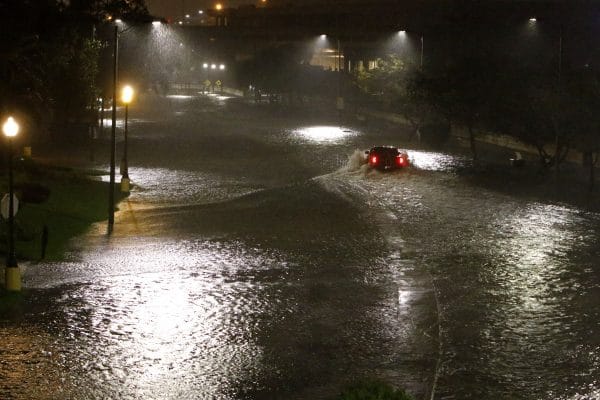 Eta was the first storm of the 2020 season to make landfall in Florida. Louisiana, by contrast, has been hit with five named storms — Hurricanes Laura, Delta and Zeta, and Tropical Storms Cristobal and Marco.

The storm came first came ashore in Florida on Lower Matecumbe Key, just south of Islamorada, on Nov. 8. Its wind field was so wide, reaching up to 310 miles from the storm’s center, that it brought heavy rain and dangerous winds to Broward, Miami-Dade and Palm Beach counties.

Tropical Storm Theta, the season’s record-breaking 29th named storm, was producing top winds of 65 mph near the Azores on Thursday, hundreds of miles west of Portugal.

Theta storm broke the previous record of 28 named storms set in the 2005 season, according to the National Hurricane Center.

This is the latest in the season that there have been two named storms in the Atlantic since 1887, according to professor Jennifer Collins of the University of South Florida.

The next named storm would be Iota.