The 98-year-old World War II U.S. Army veteran stayed in his room at his assisted living facility in Blackman Township while about 70 friends and veterans gathered outside in the parking lot to honor his service.

Elfring tested positive for COVID-19 a couple weeks ago and staying in his room has been difficult for him because he loves to stay active and see people, friend Annie Callahan said. 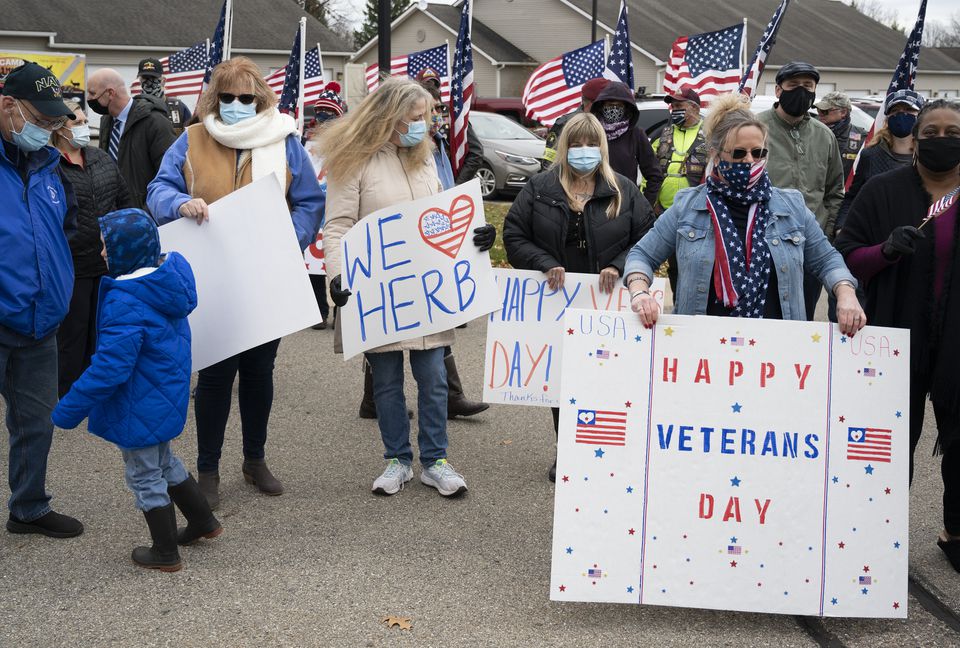 “I’m feeling pretty good,” Elfring said via phone. “I don’t have much appetite, but this will pass, I hope.”

Seeing so many people from his third-floor window was good because it reminded Elfring how many people care about veterans, he said.

His coronavirus diagnosis was initially difficult for the usually energetic Elfring, but after he accepted it, he bounced back, wanting to find a way to safely celebrate Veterans Day, Callahan said.

“It scares him, I know because of his age,” she said. 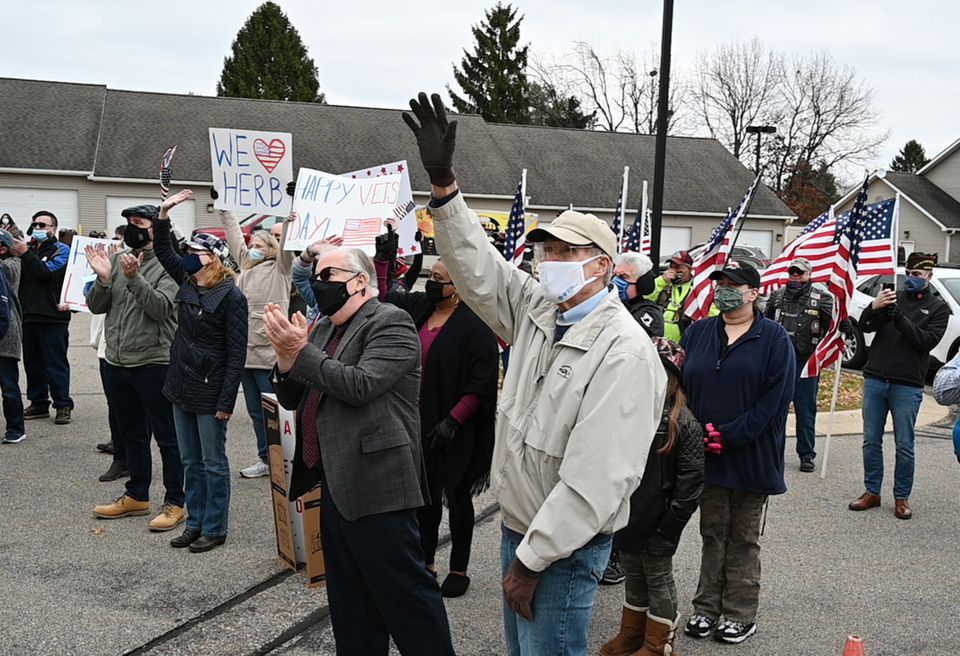 Elfring joined the California National Guard in 1940 when he was 18 years old and attending San Diego State University. He was sent to Hawaii in November 1940, just more than a year before the Pearl Harbor attack.

He was at Camp Malakole, about three miles from the harbor itself, when it was bombed by Japanese fighter planes on Dec. 7, 1941. He said he was just missed by some bullets that morning.

After Pearl Harbor, Elfring was deployed to the Fiji Islands, then Solomon Islands and finally to the Philippines. He was officially discharged Nov. 18, 1945, as a captain.

Celebrating Elfring on Veterans Day was special, because he’s been part of their lives for so long, friend Carole Briggs said. 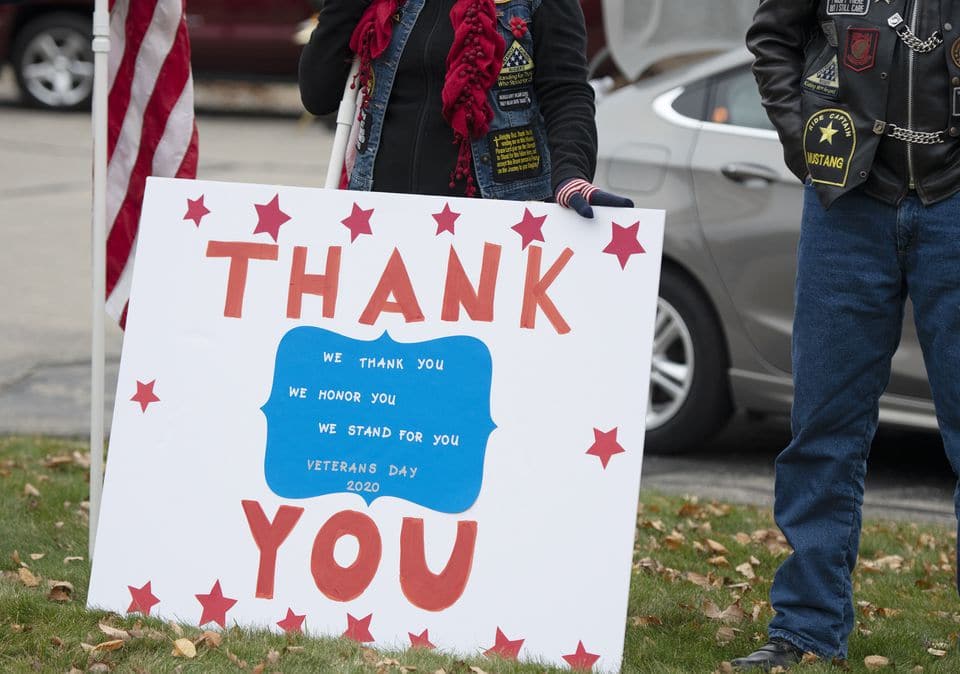 “This day is like Christmas morning to him,” Callahan said. “He loves Veterans Day. He loves veterans’ activities.”

Elfring attended the University of Michigan and settled in Jackson with a job at Consumers Energy. He and his wife, Ruth, had had five kids, with eight grandchildren and five great-grandchildren. She died from Alzheimer’s Disease in 2005.

He loves to stay active with square dancing, skiing, volunteer work and more, with the amount of things he does not revealing that he’s 98 years old, Briggs said.

“He’s just part of the community. He doesn’t say no to any event,” Callahan said. “He always shows up. That’s why it was really heartbreaking of him missing Veterans Day. Just his energy is so grand.”