Thanksgiving is going to look a lot different for just about everyone this year thanks to the global pandemic. Unfortunately, that includes our service members stationed overseas.

Large group gatherings in dining facilities used to be the standard for our deployed men and women when it came to celebrating Thanksgiving. This year, that setup will likely look more like grab-and-go style takeout instead.

But no matter what, the Defense Logistics Agency said it’s making sure all our warfighters have a home-cooked meal with all the trimmings this holiday. And in case you thought cooking a huge turkey for your family was a lot, try doing it for tens of thousands of hungry troops! 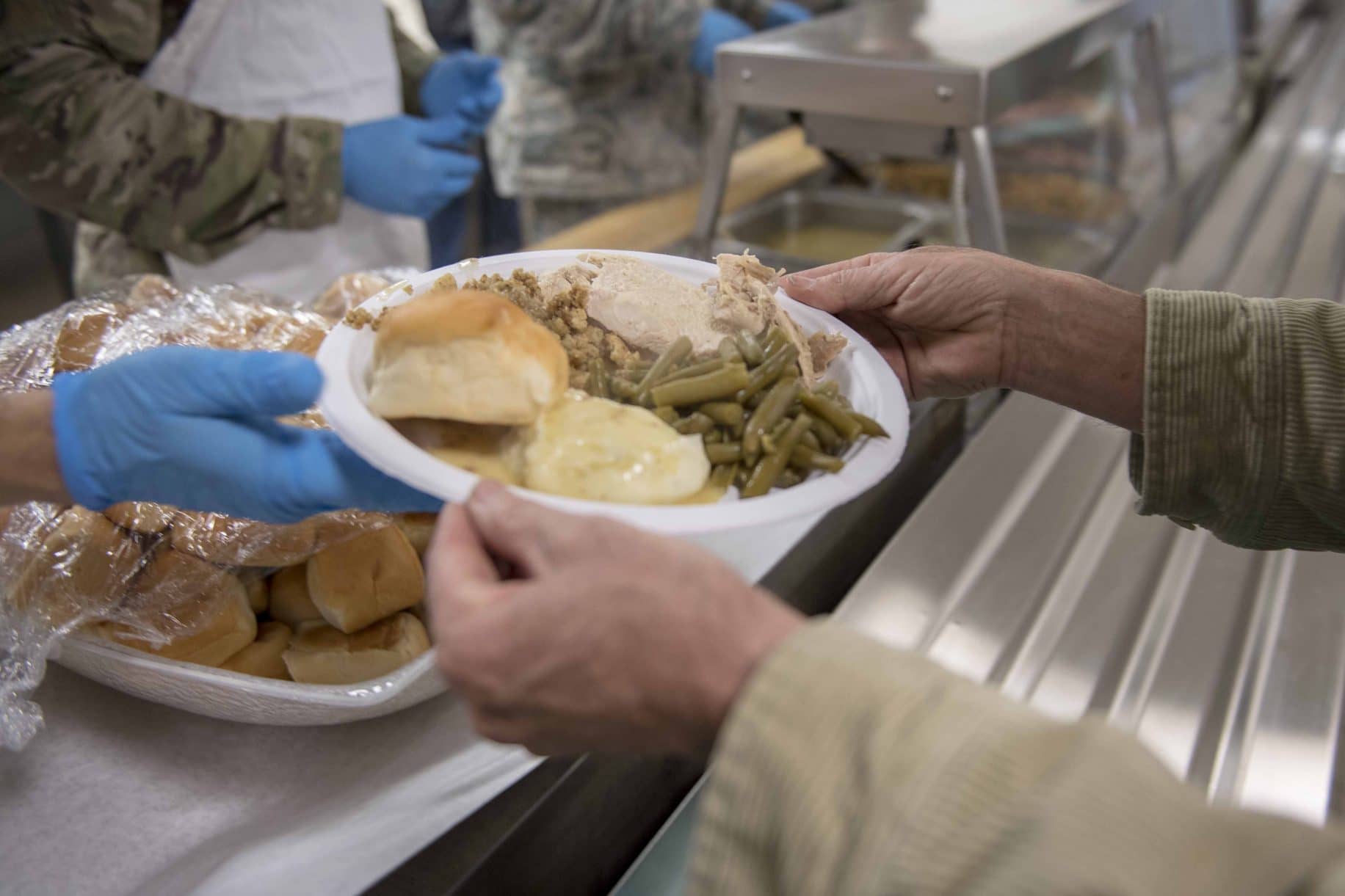 Airmen, soldiers, veterans and their families gather for the Chaplains Thanksgiving Dinner (Dept of Defense/Released)

This year, the DLA has shipped out the following quantities of food:

That doesn’t even include all the other fixings that go into the meal!

It’s no easy feat to get all that food prepared and shipped to service members across the globe. 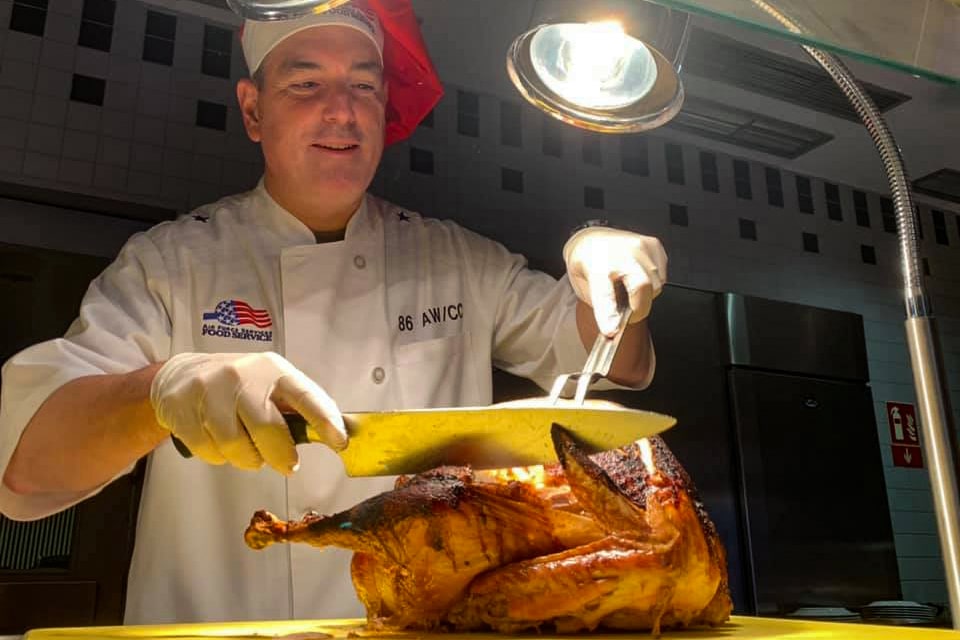 DLA Troop Support started planning and preparing for this year’s meal as early as March. A lot of the ingredients are at prime vendor locations by September, while the high-volume items, such as the turkeys and 131 tons of trimmings, start arriving overseas in October.

“The holidays will look quite different this year for everyone,” said Army Brig. Gen. Gavin Lawrence, DLA’s Troop Support commander. “I’m proud that our workforce is doing everything possible to make sure our warfighters get a proper holiday meal, especially since many of us will not be able to be with our family and friends. We want to make sure they get that taste of home no matter where they are in the world.”

It’s a mission the DLA has provided to field kitchens, dining facilities and galleys all over the world for more than 50 years. 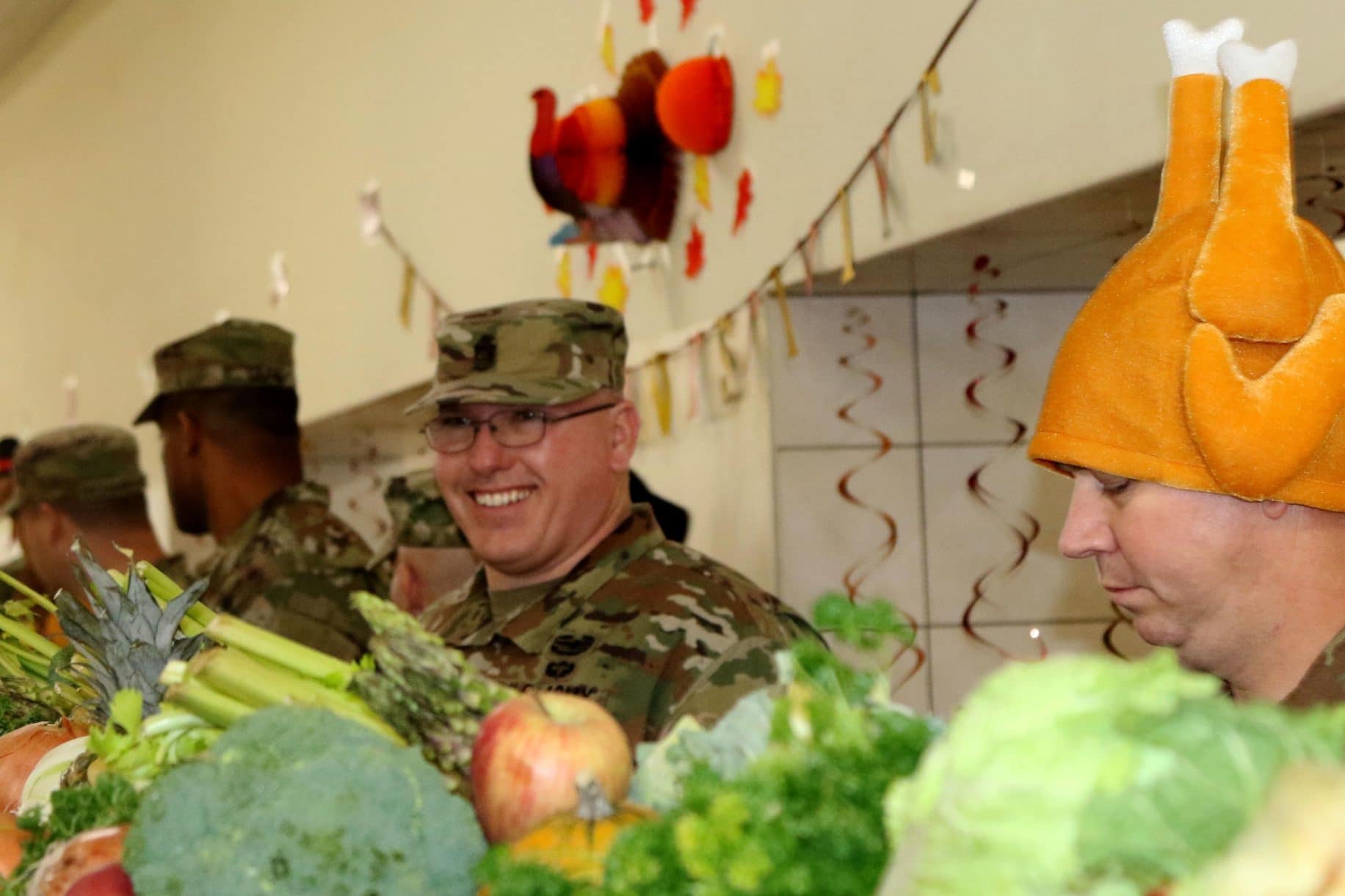 Unit leaders serve their Soldiers during the holidays to demonstrate service and to express appreciation, while also boosting morale for the holidays. (U.S. Army photos by: Spc. Christina Westover)

“Our supply chain takes the holidays very seriously,” said Army Col. Eric McCoy, DLA’s Troop Support subsistence director. “Our troops are far away from home, and they definitely look forward to this meal. Disappointing them is not an option.”

McCoy said most overseas locations received their supplies for the meals by mid-November. 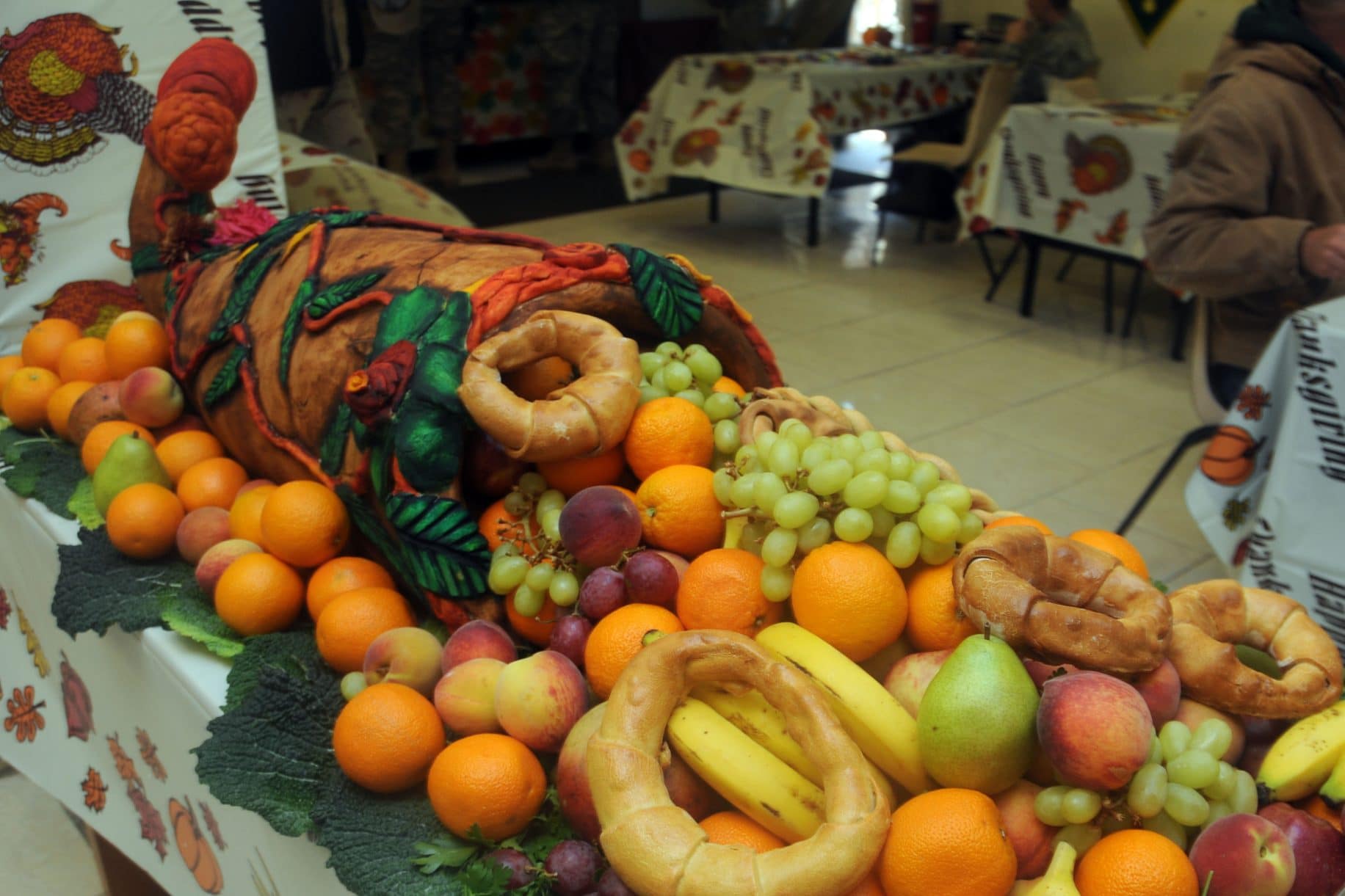 DLA Troop Support supplies America’s armed forces with $19 billion annually in food, uniforms, protective equipment and other vital items. A well-prepared Thanksgiving meal during a tough time of year is definitely something our troops can be thankful for!