Leaning on the resin American flag top to his custom woodworking desk, former U.S. Army Infantry Squad Leader Tim Berry looked up at the handmade wooden flags lining the walls of his garage as he explained the name behind his business, 1776 Flag Company.

“For me, I take great pride in our country and freedom and what freedom represents, and I’m very proud of the people who came before me and put their lives on the line to do the same,” Berry said. “I think the birth of our nation was the perfect combination to represent, not only what the business was built from, but what I’m about myself.”

Berry began making wooden flags in 2017 by following a YouTube tutorial and constructing one for his own home. After that first build, girlfriend Nikki Chrupcala suggested he build and donate a flag to a charity auction for an injured Middletown police officer. 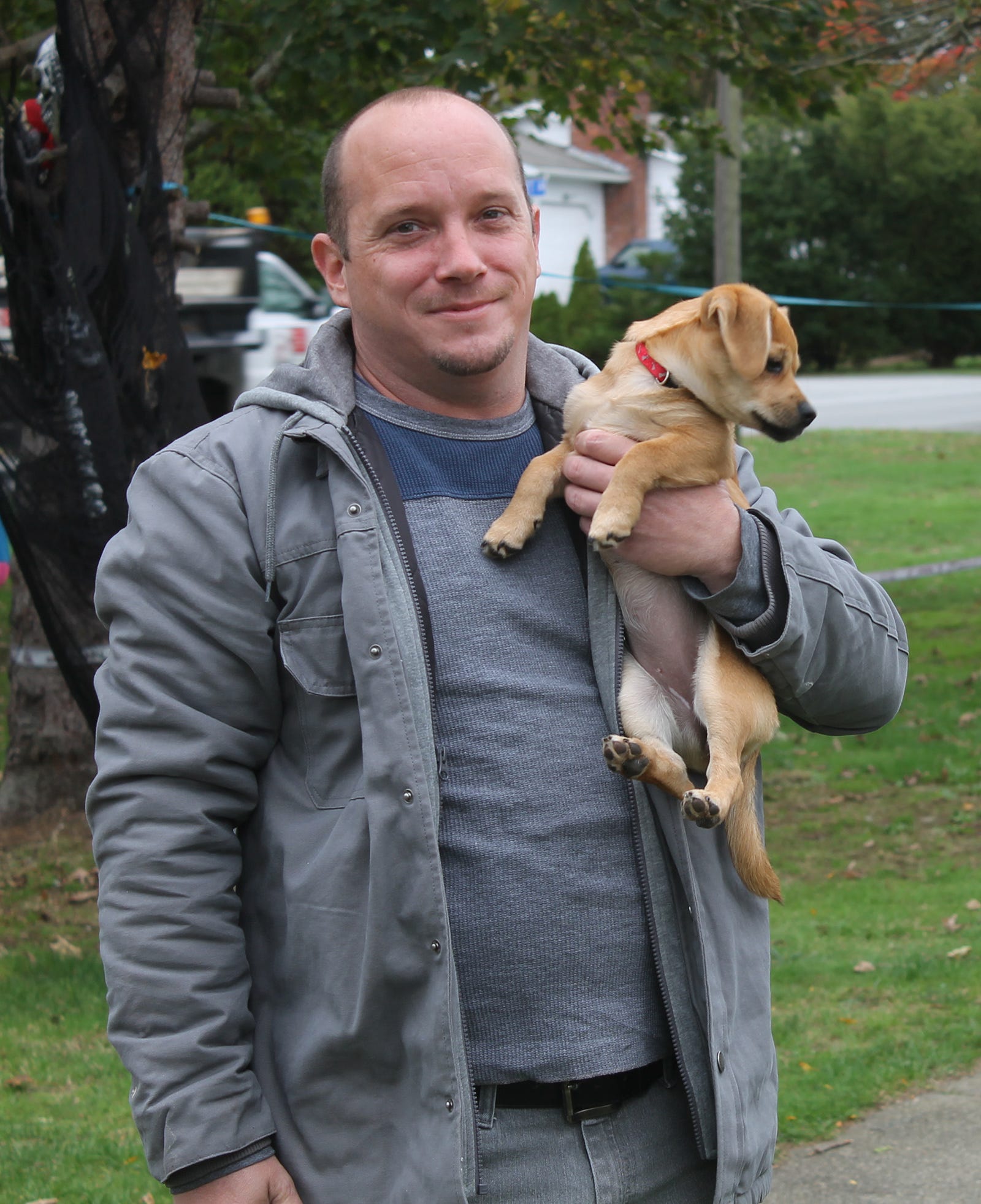 When the item proved popular at the auction, Berry decided to quit his job as a property manager for Century 21 and start making the flags for profit in 2019.

“They did really well,” Berry said. “Way better than I anticipated. Next thing you know, I’m getting phone calls, messages on social media, ‘Where can I get one of those flags?'”

Berry said it felt good to support a local officer. One of his top selling designs is his “Thin Blue Line” flag, a black and white American flag with a blue stripe across the middle. These flags often are associated with the Blue Lives Matter movement that was launched in response to the Black Lives Matter movement.

As such, the flag is sometimes seen as opposition to the BLM movement’s anti-police brutality message. 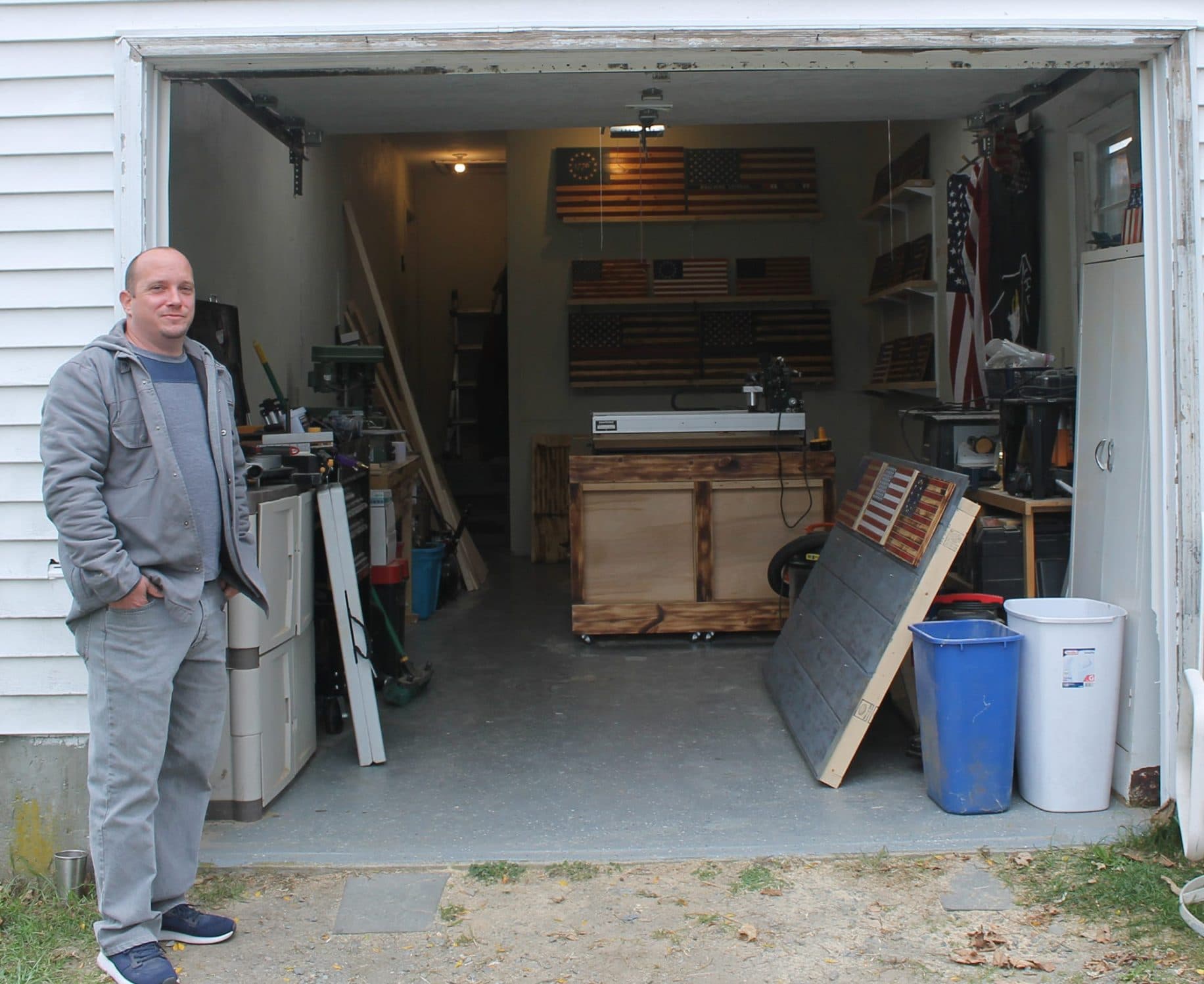 In 2019, Tim Berry quit his job as a property manager for Century 21 to work full time making product for the 1776 Flag Company.
(Savana Dunning/Daily News photo/TNS)

“It’s all in interpretation,” Berry said. “For me, it’s about supporting our police and law enforcement. I think a lot of people misunderstand the meaning behind that flag. I think it gets a lot of bad media because there has been individuals who have flown it in racially charged parades, but I think that doesn’t necessarily classify what that flag represents.”

Although Berry donates flags regularly to police departments and charity auctions, he said he usually donates standard American flags out of concern for public backlash. He also said he uses discretion when fulfilling orders, only building flags for people who have “the right intentions,” and describing a time when he rejected an order after discovering the buyer’s history with harassing police departments.

“Different situations call for different things, and obviously there are flags I wouldn’t make. I wouldn’t put a swastika on a flag or do anything like that … I’ve not gotten a request for a Confederate flag, and I’m OK with that.”

Berry said the first flag he built took him around a week to complete. Nowadays, he’s churning out five to a seven a day. The flags, constructed out of pine, birch or plywood, are designed, cut, stained and sold out of Berry’s Portsmouth garage. Berry owes this increased output to his computer programming education.

The veteran designs the flags with architectural software on his computer and translates the image onto wood with a computer numerical control router, which cuts the design into the wood using design coordinates. 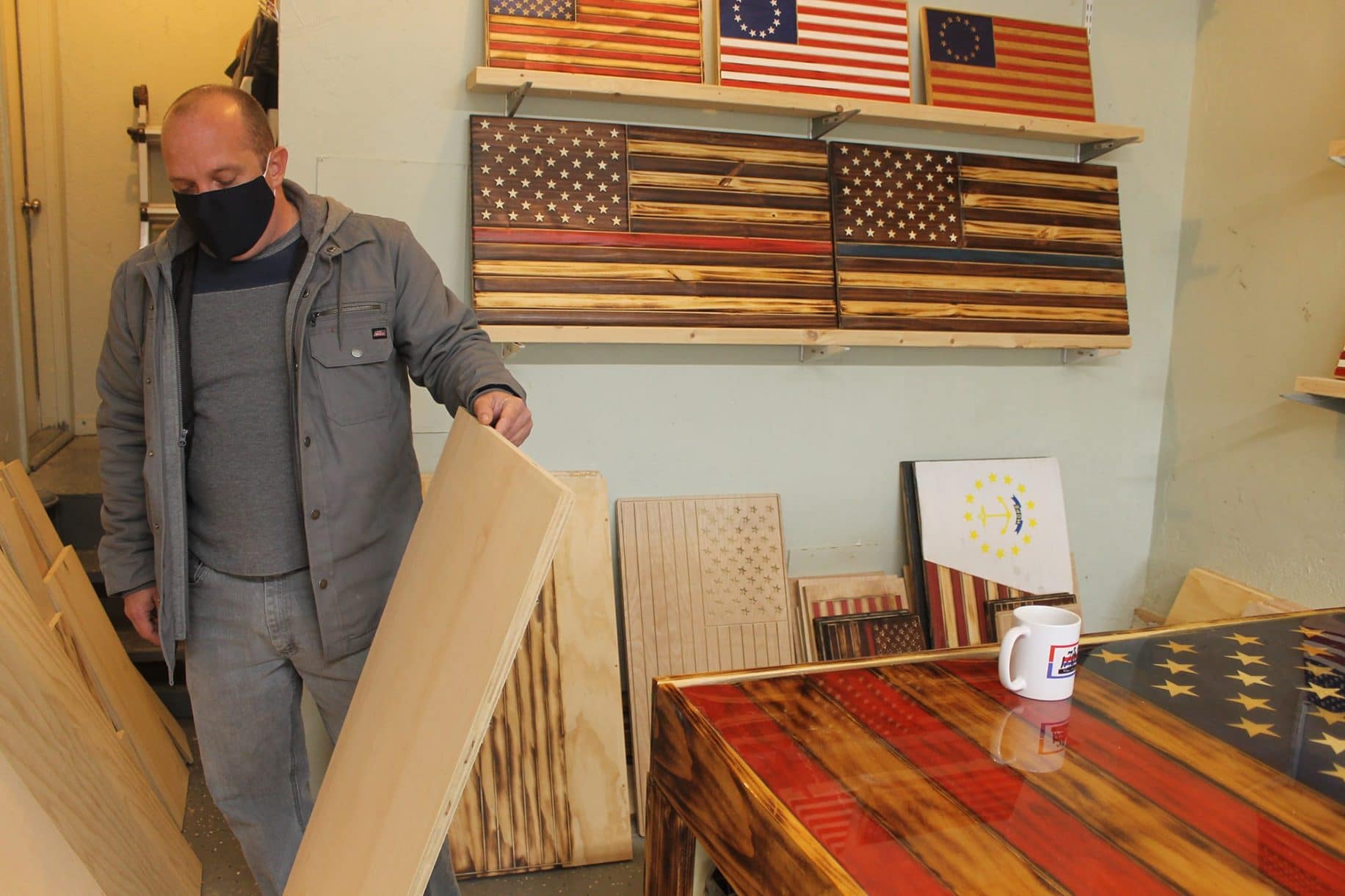 Berry used his computer programming skills to build the company website as well, drawing on his experience from other web design projects, including his work with the veteran suicide prevention organization Battleforged Nation.

Berry, who served during the first Iraq invasion as infantry squad leader for the 3rd Battalion, 327th Infantry Regiment of the Army’s 101st Airborne Division, helped develop the group after his commander opened up about his mental health struggles on social media.

“That was big because it basically opened up the doorway for everyone else he outranked, which was everybody, to come forward and say, ‘Hey, commander is sharing his story. It’s OK for us to share ours,'” Berry said. “A lot of the difficulties you go through, you don’t talk about them, you don’t display them because the mindset we grew up on then was that’s a sign of weakness.”

Berry handled much of the website creation and social media for Battleforged Nation, which has expanded outside of the 850 members of the battalion to help more veterans in need. He also serves as one of the state’s two “Quick Reaction Force Liaisons,” reaching out to Rhode Island veterans who display suicidal or otherwise troubling thoughts.

Ultimately, Berry said wants to be able to donate 10% of 1776 Flag Company’s proceeds to Battleforged Nation, but said he has not been able to make enough yet to do so. Now supporting himself primarily through the woodworking company, Berry sells the flags for between $75 and $175, although custom designs cost around $50 extra depending on the design complexity.

He said he gets an average of seven orders a week, although some of that has dropped off due to the COVID-19 pandemic. Though he sells the flags mostly out of his home, Berry is starting to sell product out of Operation Made, a store vending veteran and veteran family-made products in Warwick.

Owner Nicole O’Brien said she was excited when Berry reached out to her to sell in her store.

“The quality of his work looks amazing,” O’Brien said. “We have a couple people that come in a week looking for wooden flags, so I know once they see them, they’re going to start flying off the shelves.”