U.S. Navy Petty Officer 3rd Class Russell Snodgrass and his family received the keys to their new mortgage-free home Friday during a small, socially-distanced dedication ceremony at the home site in the Escondido Ranch area in Lubbock.

West Texas Hero Homes, H-E-B Operation Appreciation, Operation FINALLY HOME , and members of the West Texas Home Builders Association lead by Robert Wood and Chad Tarver partnered to build the home, according to a news release. Representatives were onsite to welcome the Snodgrass family, including his wife Ashley and their kids, to their new home.

The Snodgrass family was surprised with the news they were receiving a custom-built, mortgage-free home during a West Texas Home Builders Association luncheon in Lubbock on March 11. 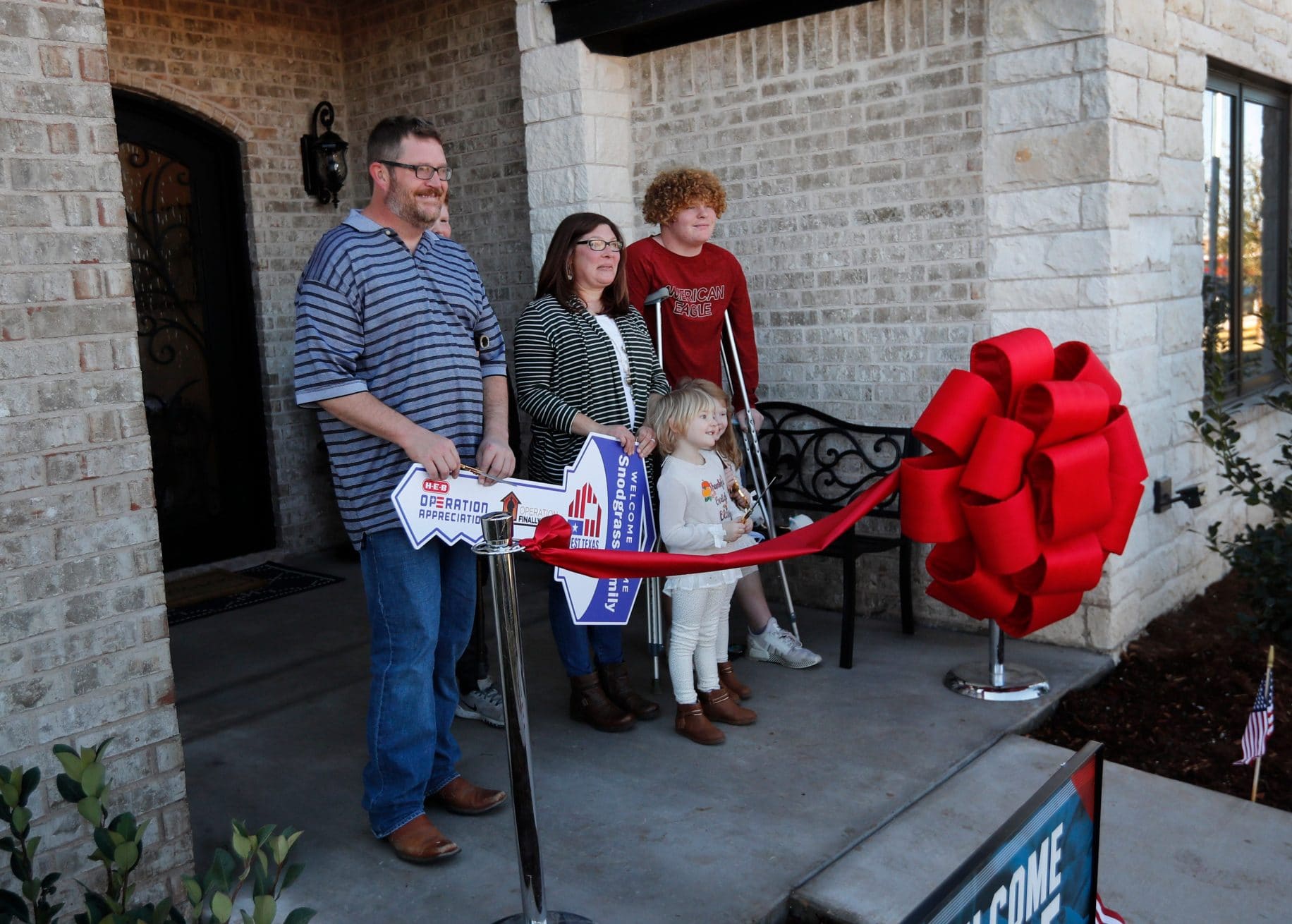 They thought they were going through the preliminary interview process with West Texas Hero Homes and the builder, but instead were surprised with the news they were receiving a mortgage-free home.

Prompted by pride and admiration for the honorable men in his family who served before him, U.S. Navy Petty Officer 3rd Class Russell Snodgrass felt more than just a calling to join the armed forces, he felt a personal obligation to serve his country.

In April of 2000 Snodgrass began his nearly six-year journey as an active duty member of the United States Navy. The following year brought a marriage to his high school sweetheart and the Sept. 11 terrorist attacks. While training, Snodgrass injured his back while fast-roping out of a helicopter in Korea. Snodgrass worked through his injury, knowing he would be needed in a combat zone. 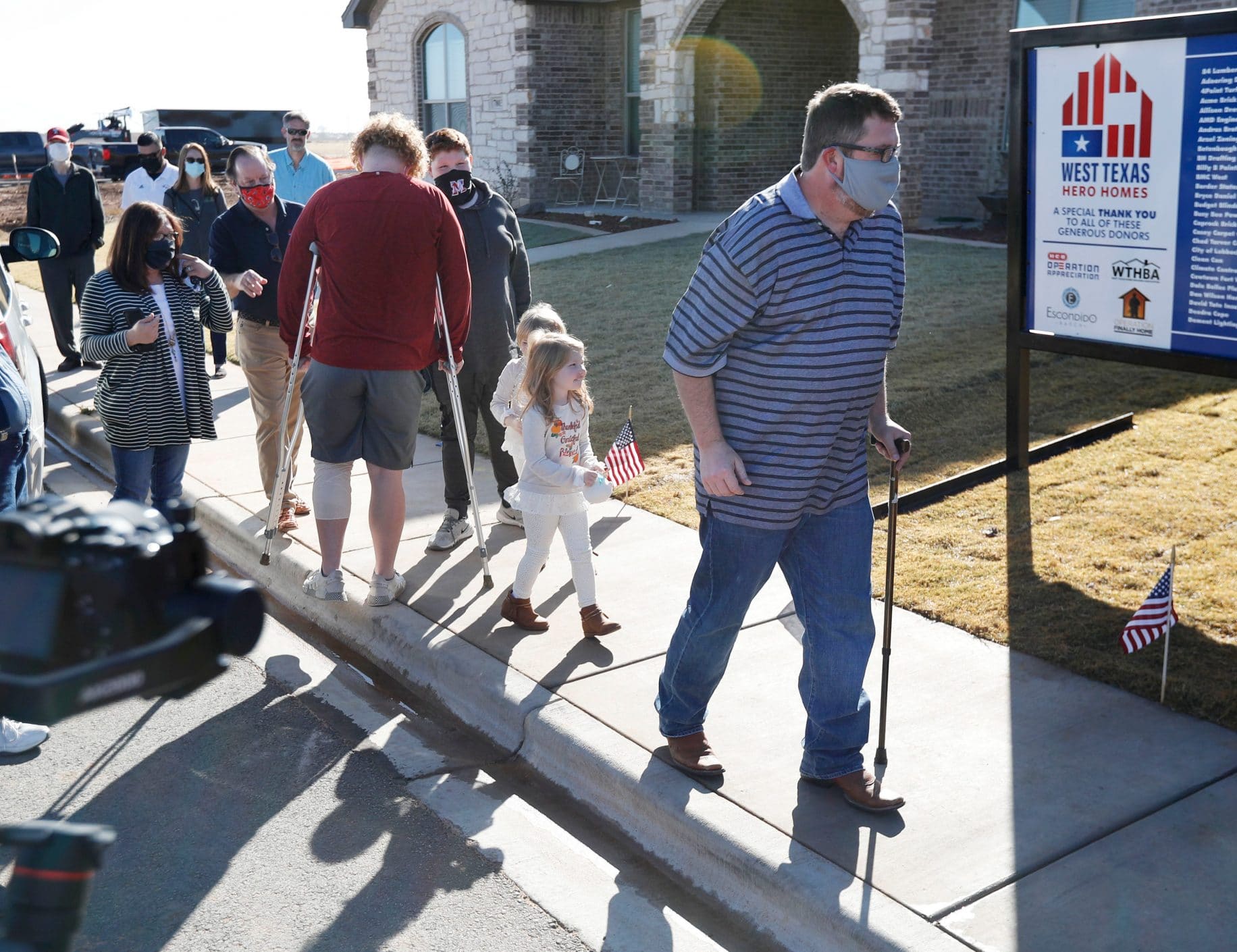 His unit deployed for the initial invasion of Iraq in Operation Iraqi Freedom. In April 2003, an amphibious assault vehicle was hit by enemy fire.

The force of the explosion knocked Snodgrass unconscious, which resulted in further injury to his back, as well as a traumatic brain injury (TBI), which was compounded by repetitive exposure to explosions throughout the deployment. These injuries, along with post-traumatic stress disorder (PTSD) forced Snodgrass to be honorable discharged in October 2005. 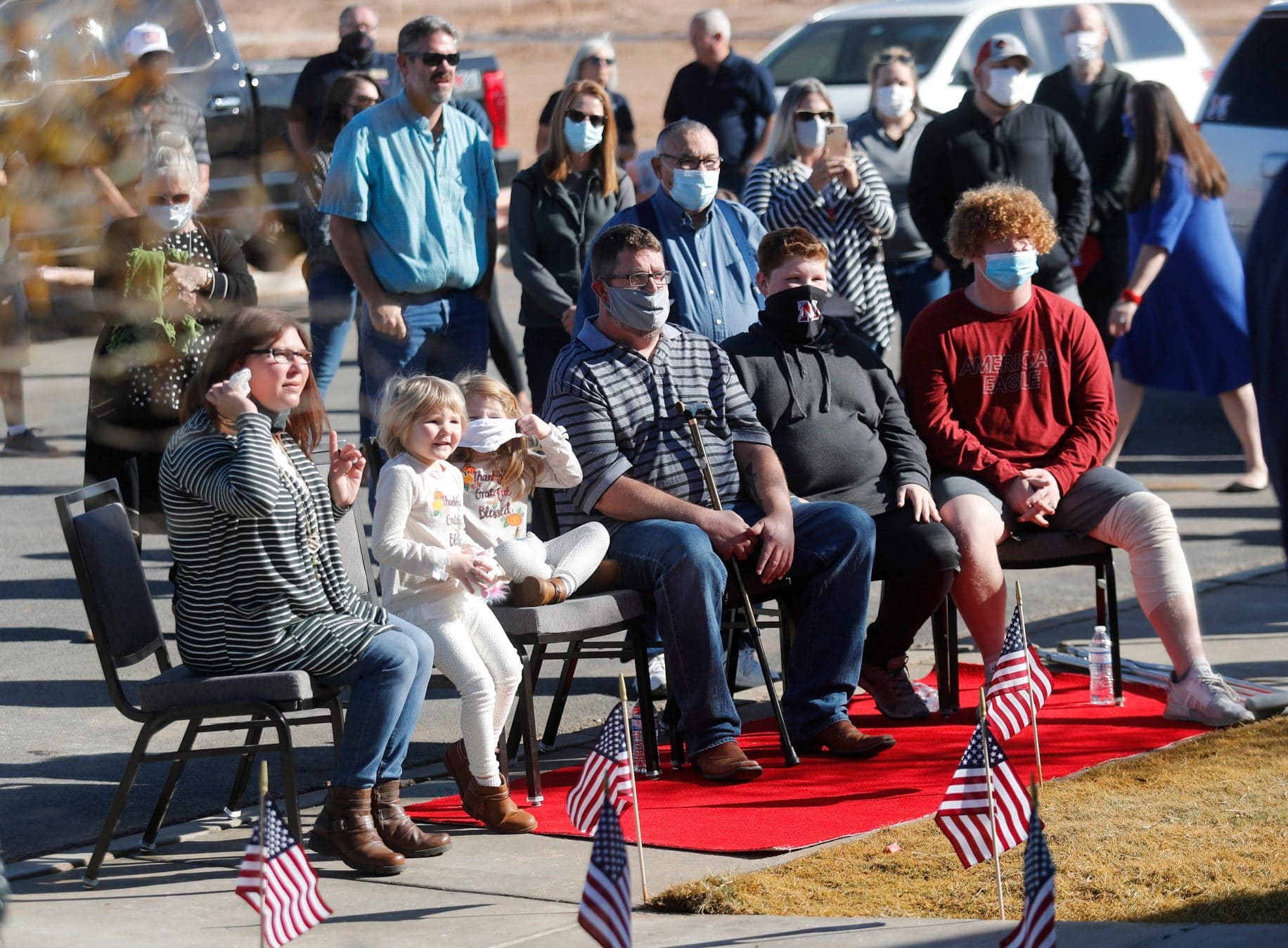 In August 2016 he became partially paralyzed from the deterioration of his spine and he is at risk of becoming permanently wheelchair bound in the future.

Snodgrass and his family have been on a challenging journey trying to navigate Russell’s return to civilian life, but when asked if he would change anything about his past, Russell unequivocally says no. Much of their positive outlook can be attributed to their strong faith.

Russell was called to ministry, specifically to spread the word to veterans and their families, and now leads bible studies. Russell, his wife Ashley, and their four children enjoy spending time together and in the church. West Texas Hero Homes along with H-E-B Operation Appreciation, Operation FINALLY HOME and Platinum Homes are proud to provide the Snodgrass family with a custom-built, mortgage-free home in Lubbock, Texas. 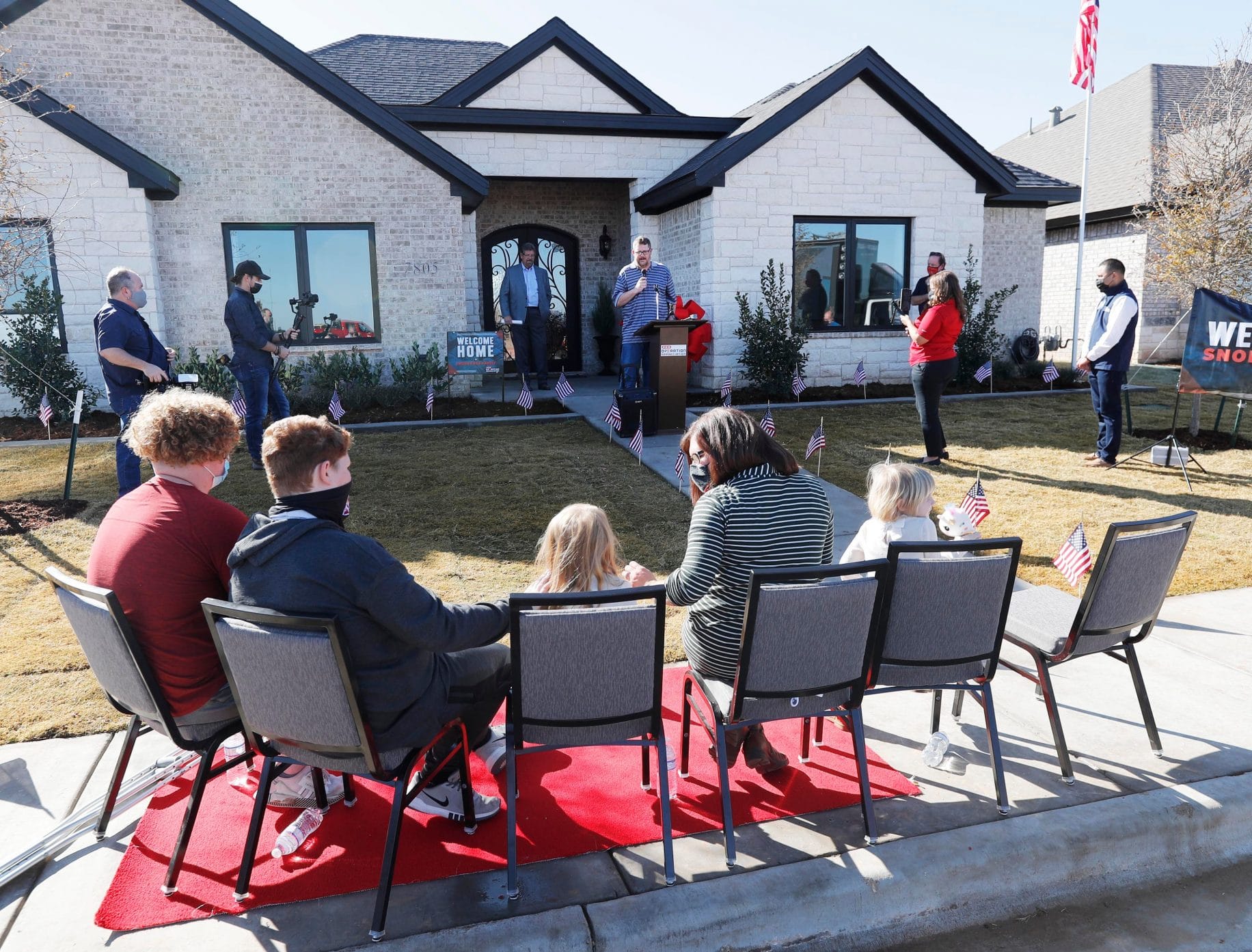 The home was showcased as part of the 2011 Parade of Homes and had such an outpouring of support from the Lubbock community that the WTHBA started their own 501c3 charity called West Texas Hero Homes, Inc.

The mission of this charity is to provide mortgage-free homes for our local wounded military veterans who have sacrificed so much for our freedoms. All donations given to West Texas Hero Homes stay right here in our own community. West Texas Hero Homes has no paid staff, so every dollar donated goes directly into building the next home. For more information, please visit Westtexasherohomes.org.