In a statement shared on its website, the department said the structure was discovered by the DPS’s Aero Bureau and the Utah Division of Wildlife Resources on Nov. 18 while on a mission to conduct a count of big horn sheep in a portion of southeastern Utah. 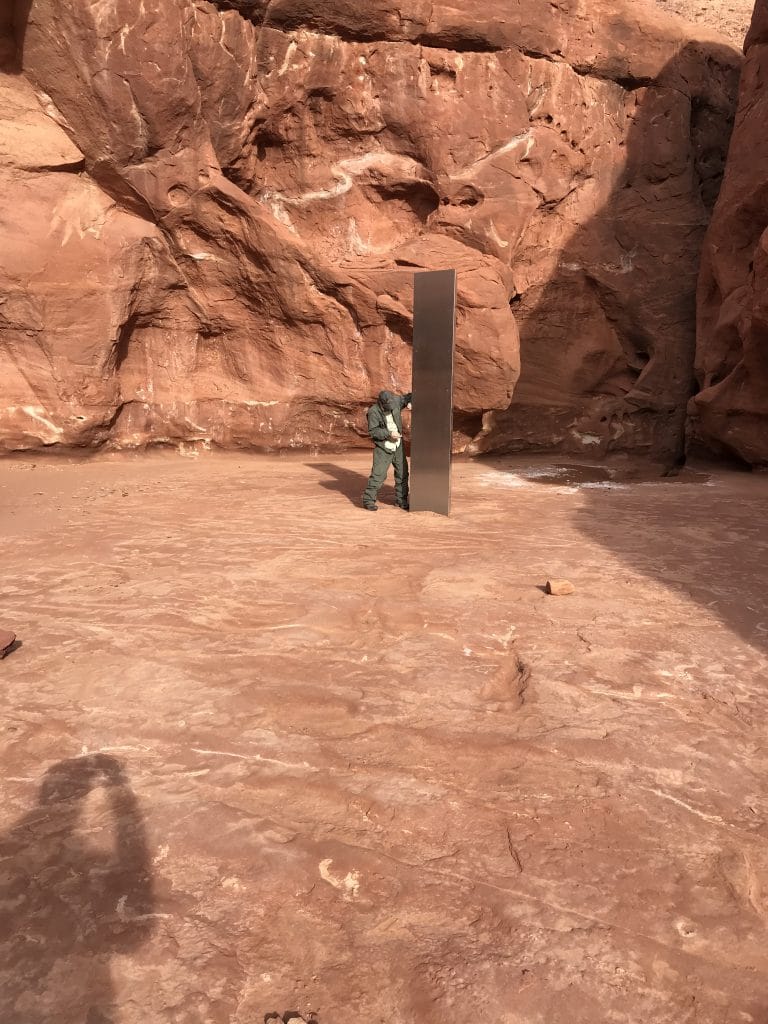 Photos of the monolith shared by the department show an approximately 10-foot metal column with four sides. The surface is shiny but doesn’t appear to be reflective.

“While on this mission, they spotted an unusual object and landed nearby to investigate further,” the statement read. “The crew members found a metal monolith installed in the ground in a remote area of red rock.”

The statement added that there was “no obvious indication” of who installed the monolith but reminded the public that it is illegal to install “structures or art without authorization on federally managed public lands, no matter what planet you’re from.” 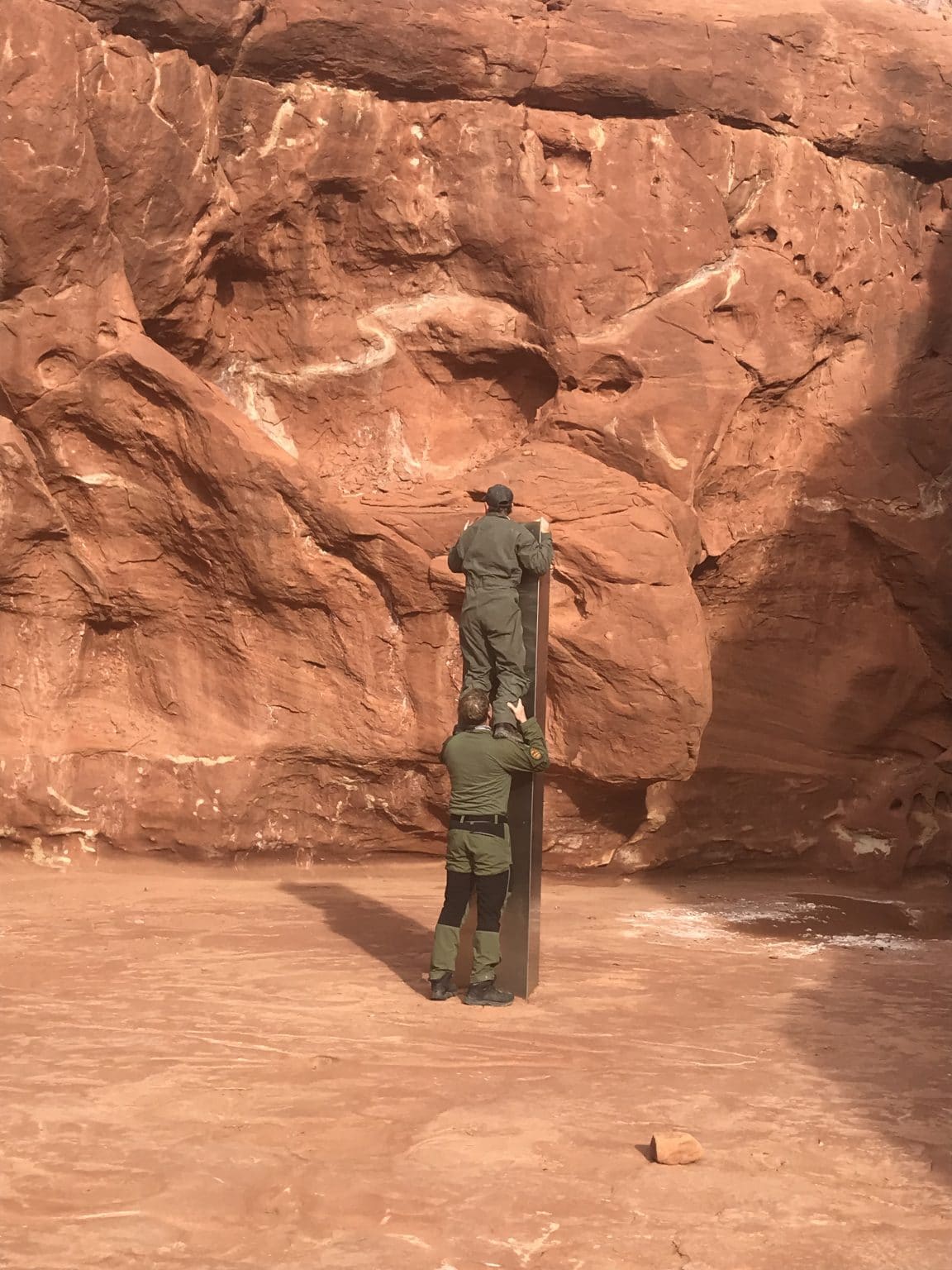 The exact location of the installation was not disclosed due to its remote area in an effort to stop individuals from attempting to locate it.

“There is a significant possibility they may become stranded and require rescue,” the statement warned.

The statement concluded that The Bureau of Land Management will determine if further investigation is needed.

Red Rock is one of five hiking regions distinguished by the Utah Travel Industry. The area is southern Utah canyon country, which includes all five of Utah’s national parks and many of its monuments and state parks. 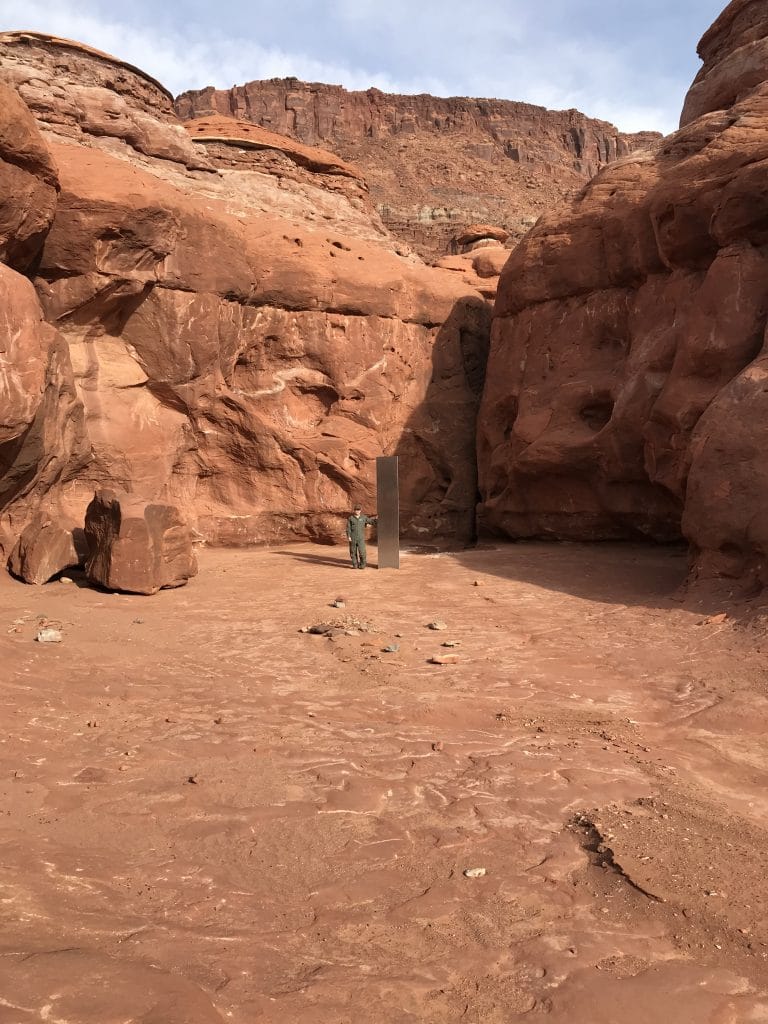 The DPS warning to not attempt to locate the monolith comes about a month after a California woman who was missing for nearly two weeks at Zion National Park in Utah was found safely.

Holly Suzanne Courtier, 38, hadn’t been seen since riding a private shuttle into the park’s Grotto area on Oct. 6. Her disappearance prompted multiple search and rescue efforts that were complicated by the fact that Courtier didn’t have a cell phone and hadn’t left a trip itinerary.

US pledges support for Manila on counterterrorism, South China Sea