Reggie Gibbs snaps a photo of himself starting off on the 24.5 mile run in Queens. (Photo courtesy of Reggie Gibbs)
November 11, 2020 Liz George
Share
Tweet
Flip

A New York Marine veteran ran 24.5 miles Wednesday in honor of the 245th birthday of the United States Marine Corps.

Reggie Gibbs, 45, wanted to celebrate the event he said is a “big deal” to members of the Corps, recognized annually on November 10. Typically, the day would be honored with the traditional Birthday Ball, but the ongoing COVID-19 pandemic interrupted many Marines’ traditions, including Gibbs’.

“Marines were looking for other ways to celebrate. This is my way of honoring those that I served alongside,” Gibbs told American Military News. “Having fun but honoring them at the same time.”

Starting off around 12:45, Gibbs spent most of the afternoon running a 24.5-mile course that hit three different boroughs: Queens, Manhattan, and Brooklyn. 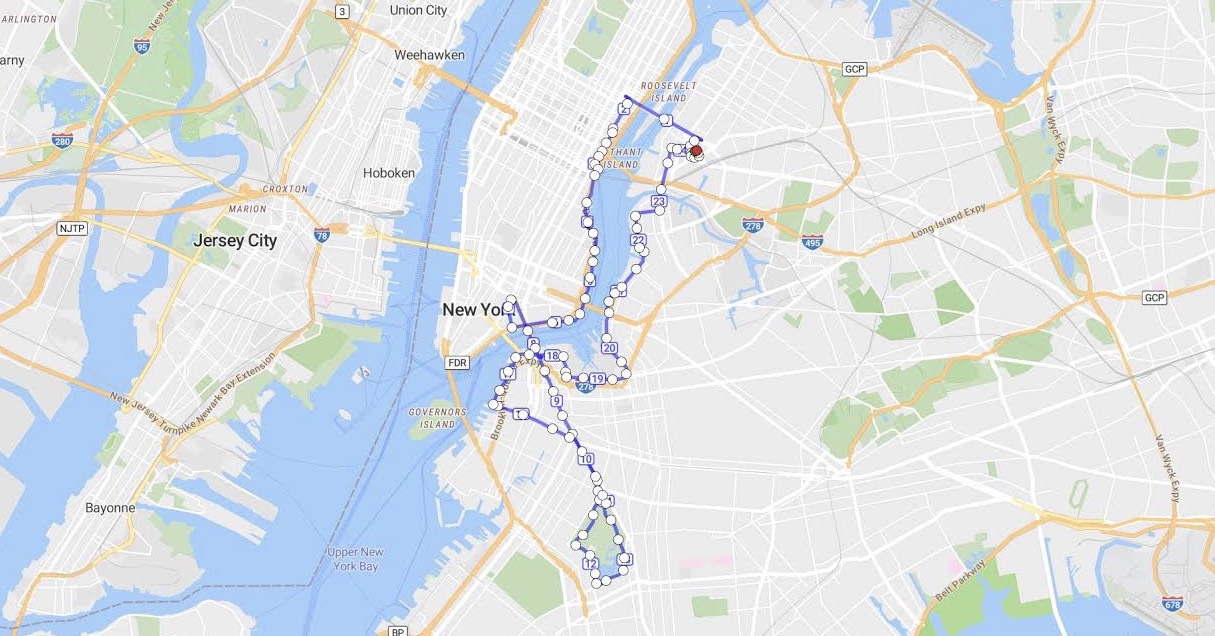 During the route, he crossed the Queensboro Bridge, Manhattan Bridge, and Pulaski Bridge, and made his way through Prospect Park. 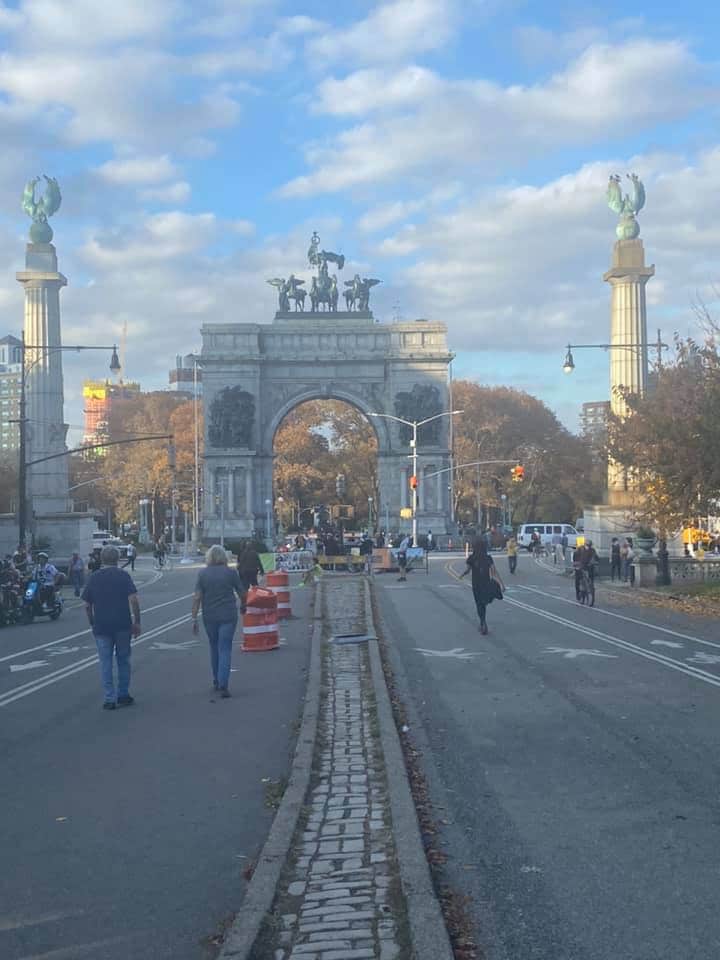 A photo taken around mile 14 of the Soldiers and Sailors Arch in Prospect Park. (Photo courtesy of Reggie Gibbs)

“It was a pretty tough course,” the Marine said.

When asked if he broke out into any cadences while on the course, Reggie laughed and said, “I had some music playing. A few Marine Corps songs on my phone that I was listening to. There are enough people that talk to themselves in New York anyway, I don’t think they need another one.” 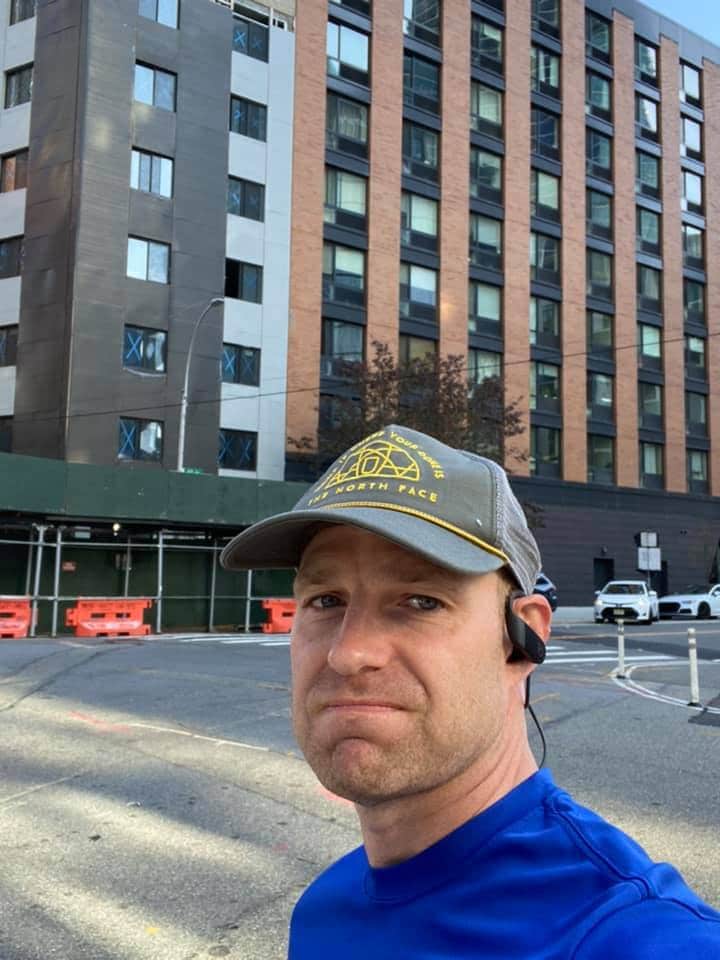 Reggie Gibbs snaps a photo of himself starting off on the 24.5 mile run in Queens. (Photo courtesy of Reggie Gibbs)

As an infantry officer, Gibbs saw four deployments and two combat tours in Iraq. When units were transitioned to security and stability operations after the fall of Saddam Hussein, Gibbs was moved to the Babylon Province where he was put in charge of the Iraqi police.

“I like to tell people I was the police chief of Babylon,” Gibbs joked.

According to Gibbs, his experience in the Marine Corps helped prepare him to be flexible and adapt to whatever environment he was in. When doors opened, he walked through them.

Now, Gibbs is an executive with Starr Companies working in commercialized insurance, including underwriting security risks that have to do with kidnap and ransom, political violence, terrorism and active shooters.

In an effort to honor all veterans, Gibbs tipped his hat to the company’s CEO: 95-year-old fellow veteran Hank Greenberg. Gibbs described Greenberg as an “extraordinary man” who stormed the beaches at Normandy and is a veteran of the Korean War.

While Gibbs is happy living his post-military life with his wife in New York, he recalled choosing the Marine Corps because he wanted to serve his country and “be the best.”

“There’s nothing quite like the Marine Corps in terms of camaraderie,” Gibbs said. “We’re the smallest branch. We’re the most elite branch. The Marine Corps has its own very distinct culture. It appealed to me as a person.” 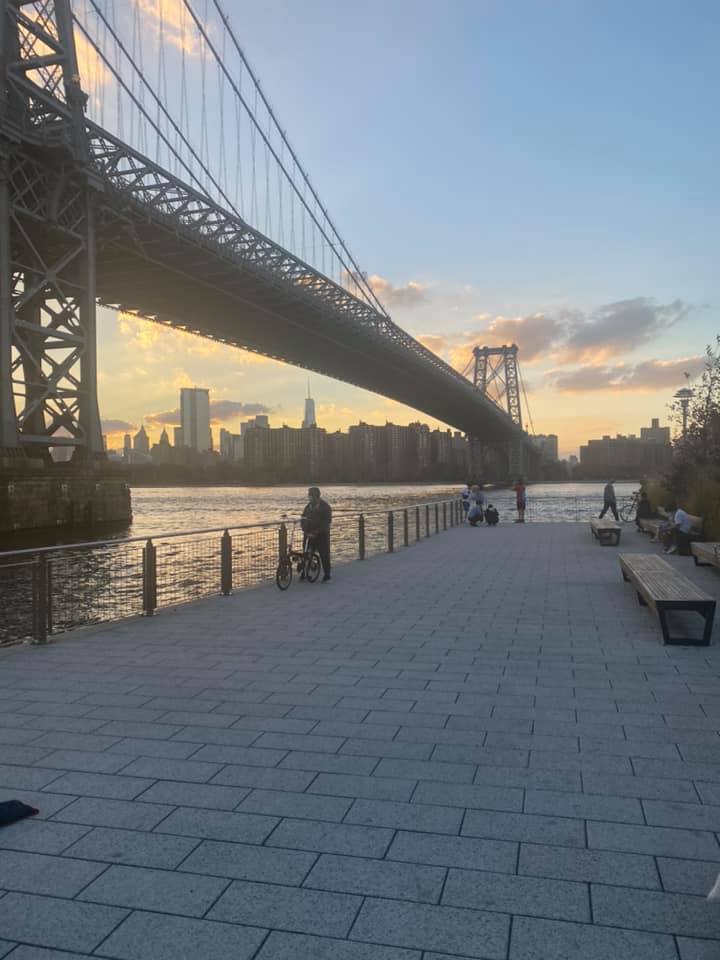 A photo around mile 20 of the Williamsburg Bridge in Brooklyn. (Photo courtesy of Reggie Gibbs)

The Corps sets people apart, Gibbs said, offering recruits more than other United States military branches can: the chance to be a Marine.

“Their two most famous slogans going back a couple decades are, “We’re looking for a few good men” and recently “The Few, The Proud.” I think both of those really speak to the saying that if you join the Marine Corps that sets you apart from everyone else. I think that appeals to a lot of people,” Gibbs said.

Commissioned at 22 years old, Gibbs looked back at his time in the Corps with fondness.

“The Marines mean everything. Besides my marriage and my religious faith, they’re the most important thing to me that I have done or accomplished. The older I get, the more that becomes real and the more that has meaning to me. I keep in touch with some Marines I served with,” Gibbs said. “It’s a bond that doesn’t stop.”

While 2020 is the first year Gibbs found himself running for the Marine Corps birthday, he said he is open to it becoming an annual tradition.

“It’s something that could be done each year only increasing by a tenth of a mile each year,” Gibbs said. “It was fun…maybe I’ll try to get other people to do it with me. We’ll see.”